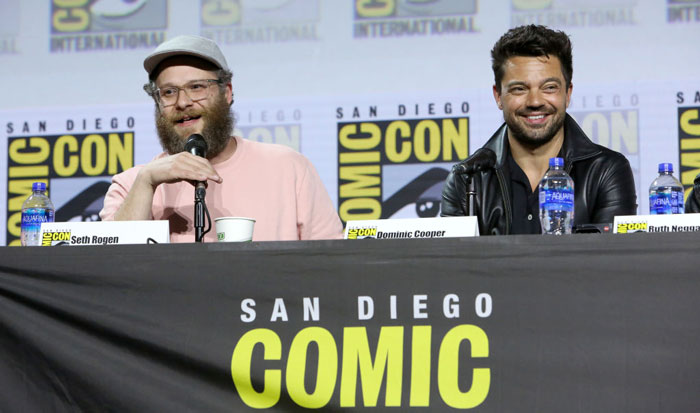 First a bit of background: Following the final season of Game of Thrones, the last Comic-Con panel for the massively popular fantasy series should have been a victory lap for a cast and crew that churned out some of the most talked-about television of the last decade. But after outraging fans all season long with unearned character arcs, shocking twists, careless gaffes, and a finale that would’ve been funny if it weren’t so infuriating, the night would be dark and full of blowback. So maybe that’s why Game of Thrones creators David Benioff and D.B. Weiss bailed on the Hall H event entirely.

Benioff and Weiss left castmembers like Maisie Williams, Liam Cunningham, Jacob Anderson, Conleth Hill, and Nikolaj Coster-Waldau to fend for themselves as fans asked variants of WHY and WTF!? (Check out Joanna’s Vanity Fair piece for the full rundown.) And fans weren’t the only ones who noticed D&D’s absence.

The next panel was Preacher’s, where co-creator/producer Seth Rogen appeared alongside the show’s stars Dominic Cooper, Ruth Negga, Mark Harelik, and Julie Ann Emery. And Rogen took the opportunity to take a shot at Game of Thrones and its creators.

Seth Rogen ROASTING D&D wow what a moment i will never forget 😌💅🏻 pic.twitter.com/rW1YfdG1O7

“I know we’re following the Game of Thrones panel,” Rogen said, “which is a f*cking nightmare. Just objectively. I also know that their showrunners didn’t show up because they didn’t want to answer questions about the show. So, I just want to say I am not one of the creators of Game of Thrones but I am the creator of other TV shows. So feel free to ask me any Game of Thrones questions you guys have throughout the night. I didn’t read the books but I watched the show. So, I could give you my insights and thoughts.”

After the chuckling died down from Rogen and the audience, he was asked whether Preacher’s series finale will be more satisfying than Game of Thrones’ conclusion. To that, Rogen quipped, “I’m here at least! I think that’s a good sign. I’m willing to show my face.”

The fourth and final season of Preacher launches August 4 on AMC. 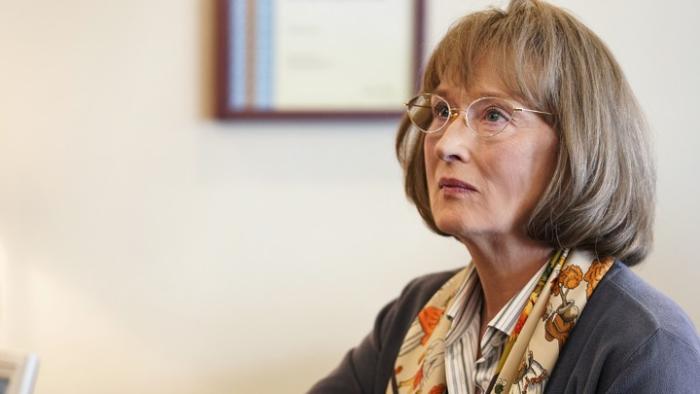