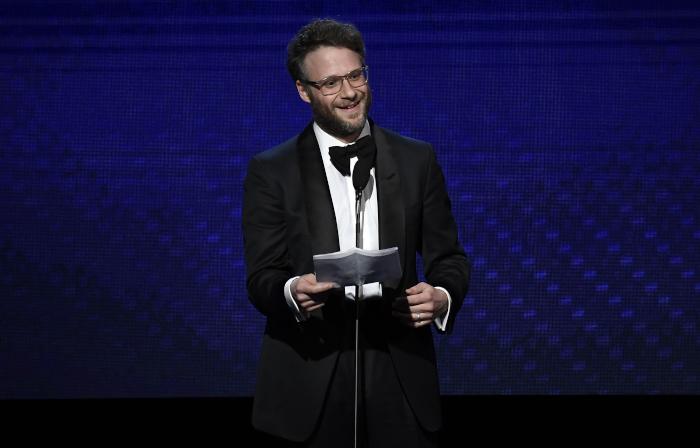 The first time I became aware of the concept of “Escape Ships” — crafts meant to save people from a dying Earth — was an episode of The Simpsons. In a Treehouse of Horror segment, the world is doomed, but a rocket is flying people to the safety of Mars. Lisa is granted passage on the ship, along with a guest (“Mom”), and Bart and Homer are not allowed. I saw it at a young age and, even knowing it was a joke, the exclusion still felt cruel to me. “Surely they wouldn’t turn people away,” I thought. Well, all these years later, and here comes George Lucas, proving me wrong.

Seth Rogen is currently doing the rounds promoting his new book Yearbook. In the book, he tells many personal stories, often involving other celebrities. One such story, which he shared on the podcast Conan O’Brien Needs A Friend, involves the creator of Star Wars himself, George Lucas. Like the man who felt compelled to add the word “maclunky” to his film 40 years later, the story is… strange.

It’s also, honestly, a great promo for Rogen’s book. It’s a brief, eye-opening look at the life of celebrities. Rogen and his writing partner Evan Goldberg were taking a meeting with Steven Spielberg (as ya do) and Spielberg just showed up with Lucas (as he does). Spielberg likely knows Evan and Seth’s age range, so to casually bring along Lucas is a play to his two-man audience. It also gave him a chance to answer a few emails.

Then things get weird.

I would never assume that George Lucas thought the world would end in 2012. However, if you brought it up to me I would believe it to be true. Based on the interviews I’ve seen, stories about him, and his desire to make Captain EO, I can assume that the dude clearly believes some … interesting stuff. Once revealing this belief, Rogen asks if he could come on Lucas’s ship and Lucas just straight up says no. Which is harsh. Like, “not letting Homer and Bart go with Lisa” harsh.

The question now is: Did Lucas sell Lucasfilm because he thought the world was ending? Think about it! The sale to Disney was announced in October of 2012, two months before the supposed end of times. Maybe Lucas used that money to finish making his spaceship! If Lucas can believe the world would end in 2012, I can believe that he sold his most prized possession to fund his daring escape. A daring escape that Seth Rogen wasn’t invited to.

← Yes It's True, Michael Che Is Still Kind Of A Jerk | Inside the Tent →