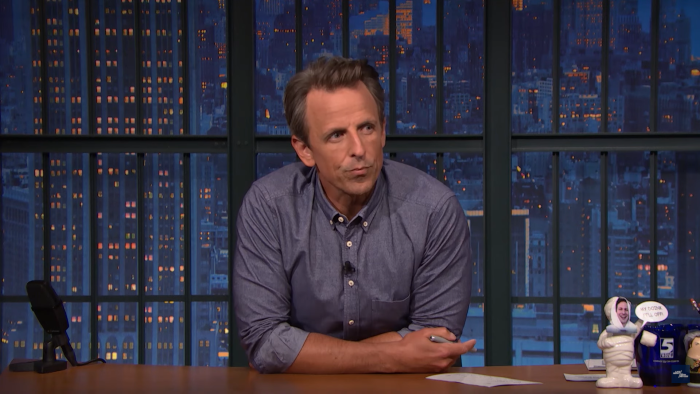 The comedy world was devastated by the passing of Norm Macdonald yesterday. If you just glance at Twitter, you can get lost for hours reading amazing story after amazing story. You’ll see clip after clip of Norm being as funny as a human could be. In fact, I recommend that you do that. Stop reading this article and …

Hold on… Dustin has informed me that I actually want people to read this article and watch the video that accompanies it. To at least give you a taste, here’s something I found by scrolling through Twitter for two seconds.

Amazing, right? There’s more! Last night, Seth Meyers paid tribute to Norm. He told a few stories and a few jokes that Norm had told him. Coming from someone who would eventually follow Norm as a “Weekend Update” anchor, it was incredibly sweet and heartfelt. What’s even more amazing about it is that Seth can make someone else’s jokes sound just as funny.

That was one of the biggest, delightful surprises to come out of yesterday. It’s not often that someone can recite someone else’s material and elicit the same kind of reaction. I know people write jokes for others to say and I know people steal jokes all the time but this is different. All day, people were sharing or retelling Norm’s jokes, and they still hit just as well. Almost as if we were sharing a joint catharsis.

Hearing the jokes Seth shares is a delightful way to watch Macdonald’s legend live on. He wasn’t the only one to do this, but he was easily one of my favorites. Until my next favorite comes along.

← 'The Manor' Makes Assisted Living Look Like a Nightmare | Christopher Nolan Chooses Universal Pictures for His Next Project, Warner Bros. Reportedly Getting Drunk and Looking for a Rebound →