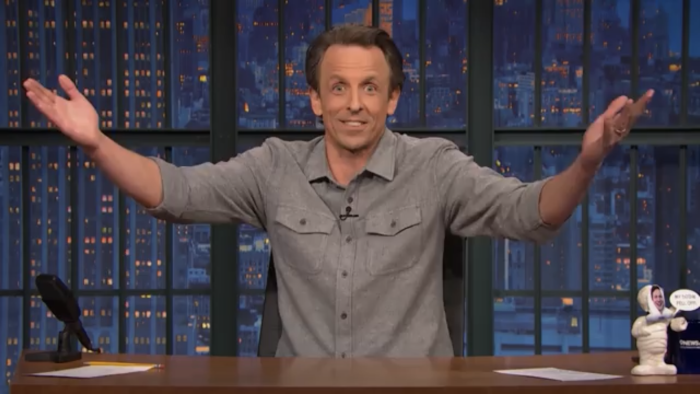 At this point you may be sick of hearing about Dr. Seuss. The beloved children’s author has been a source of controversy lately to … the worst kind of people. If you’re suspecting that’s the situation was blown out of proportion by those bad people then you would be correct! Luckily, Seth Meyers dropped a digital exclusive to give his calm, fatherly take on the situation.

The loveliest thing about this whole segment is Seth’s collected, relaxed demeanor. It perfectly goes against the faux outrage that certain stupid, awful people have been drumming up. There has been a lot of discourse over said outrage but a lot of it has been… more outrage. To put it in Seuss terms:

I know it’s hard not to get mad at someone like Matt Gaetz or Sean Hannity when they pretend to be mad. They are professional button pushers. That’s their play. They want you to get just as animated as them so they can throw it in your face. But Seth didn’t do that. Instead, he very politely and succinctly explained how f***ing dumb this whole thing is.

So thank you, Seth Meyers, for lending your voice
And doing so calmly? Oh my, what a choice!
I for one hope that you get a Rolls Royce
Or perhaps you would rather some Scotch that is moist?
Then high on our shoulders your body we’ll hoist!
For you win the day, sir, so we shall rejoice!