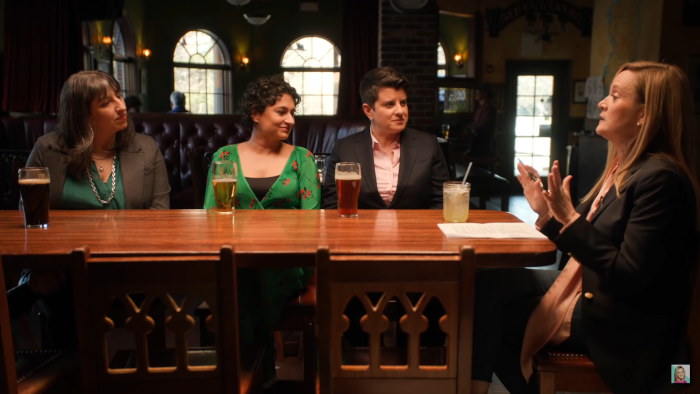 My biggest problem with organized religion is not with the pious people. Some want to celebrate their faith. They use it to make themselves better people, and they stay out of other people’s lives. I know the person I’m describing may sound like a unicorn, but they do exist! The problem is they aren’t the loudest. The loudest ones are the bad faith players, the people who use religion to make money and control the lives of others. It’s these people who are discussed in a segment from Full Frontal with Samantha Bee.

Bee walks into a bar to talk with a Catholic, a Muslim, and a Jew. They are at the bar to talk about abortion and how religion influences the laws surrounding it. It’s made clear by all three of her guests that there isn’t any guidance about abortion from the religious texts they represent. Yet, some people claim the opposite. They believe that the soul enters the fetus at the moment of conception. It would be one thing if they kept that belief to themselves and their people. Instead, they seek to force those beliefs on others.

Because these people who want to force others to do what they want are the loudest, they also have an unsettling amount of power. A swath of shitty politicians has taken up their cause in the name of faith. A faith that they barely subscribe to themselves. Then, they push their warped faith onto others. They try to make it the law of the land, and they succeed regularly.

Why do they garner so much support? Hell is a pretty powerful threat, but heaven is just as strong. If you target disenfranchised people, those who feel they have no lot in this life, and tell them that they will be rewarded in the next one? That’s hard to say no to.

Luckily, there are those like the people Bee speaks to in this segment. They’re the kind of people that don’t make me lose faith in religion as a whole. I was raised Catholic, and while I don’t practice anymore, I know it helped make me a better person. If it can do that for someone else, that’s great. But I wouldn’t force that on someone.