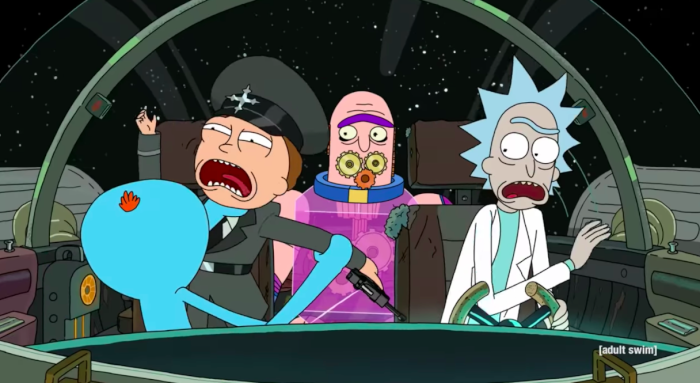 This trailer teases dragons, mutation, magic, and mayhem, but also only five episodes. Which is undoubtedly a bummer. But hey, one of those eps will feature Taika Waititi as an alien intern called “Glootie.”

Here’s a clip from his ep, which debuted during San Diego Comic-Con:

Also teased for season four are appearances from Paul Giamatti, Sam Neill, and Kathleen Turner, though it’s unclear if they’ll be heard in this first batch of eps. And remember, the show got renewed for 70 episodes. So there’s plenty more to come. But while we wait for more mad science and menacing misadventures, here’s a bit of twisted online fun for you.

The new trailer for #rickandmorty S4 has just dropped and I’ve just found out about this awesome little easter egg pic.twitter.com/4ctceIQCri