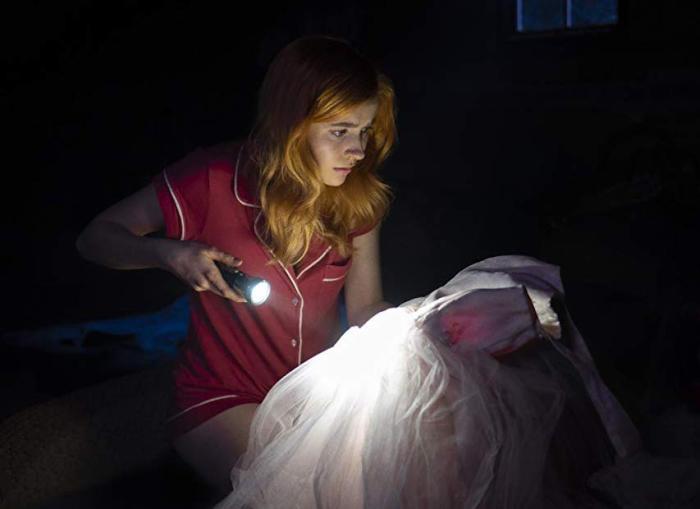 The latest show to emerge from the eerily-lit test tubes in The CW’s television laboratory is slick update on that classic teenage sleuth, Nancy Drew — and I’m sure your minds are already piecing together exactly what that means. This Nancy Drew, from co-creators Stephanie Savage and Josh Schwartz (Gossip Girl, The Runaways), takes the barest hints of the original series of novels (mostly just the character names), then revamps everything else to be a Frankenstein’s Monster of Veronica Mars and Riverdale and maybe even a hint of I Know What You Did Last Summer. It should be groan-worthy, the way this show so perfectly lives up to every expectation of what a modernized CW take on Nancy Drew would look like. Within the first 5 minutes of the pilot, Nancy f*cks! A ‘90’s heartthrob plays Nancy’s dad (Scott Wolf, to be exact)! Every scene is lit in garish reds and purples, oranges and greens and blues, so that any given frame could be seamlessly slotted into the next “Dare To Defy” promo next to a couple of brooding Winchester brothers and a strutting Supergirl. It’s utterly, cynically, comically predictable…

And it’s also pretty great. Turns out, in perfecting the formula for the ultimate CW show, the network didn’t just churn out a parody of itself — it whipped up a mysteriously addicting confection of a drama. Nancy, played by relative newcomer Kennedy McMann, is no longer the perfectly shiny can-do teen queen from the novels. She’s still got the sharp tongue, sharper wit, and independent streak, but her mother’s recent death sent her off the rails. Instead of going to the Ivy League college of her dreams, she tanked her grades in her senior year of high school and has been treading water ever since, waitressing at the local seafood shack and shaking bed frames with a disgraced jock-turned-mechanic named Ned “Nick” Nickerson (Tunji Kasim), whom she refuses to date seriously or even publicly acknowledge. He’s not the only person she’s keeping at arm’s length, though. She’s resentful of the way her father Carson has thrown himself into his work as a lawyer since her mom died. She refuses to bond with her quirky coworkers at The Claw — tough girl Georgia “George” Fan (Leah Lewis), rich girl Bess Marvin (Maddison Jaizani), and slacker Ace (Alex Saxon). She’s also denying the things that used to bring her joy — namely, solving a good mystery. She’s a girl in emotional stasis, unable to accept what her life has become and unwilling to move forward or reach out for help.

All that changes, of course, when a socialite dies in the parking lot of The Claw one night — and Nancy is the last person who saw her alive. Sure, Nancy has practical reasons for wanting to get her name off the list of suspects, but that alone wouldn’t have her breaking into the house of the dead woman’s husband, Ryan Hudson (Riley Smith), to search for clues. Making matters worse is that all the evidence she compiles seems to point to a rather unlikely culprit: Dead Lucy, the ghost of a local beauty queen who legend has it still haunts the quaint coastal town of Horseshoe Bay. True to form, Nancy resolutely does not believe in ghosts, and if this were one of the novels then surely the murder mystery would be resolved with a not-so-supernatural culprit. Instead, by the end of the premiere episode we’re given reasons to believe that everyone and anyone around Nancy could be the murderer. Nick, George, and Bess are all hiding secrets big enough to count as motives, while Ace is sneaking around taking pictures of the suspects and sending them to the cops. But we’re also given reason to believe Dead Lucy is real, and at the very least haunting Nancy herself — as Nancy discovers Lucy’s bloody beauty queen dress hidden in a trunk in her own attic.

So: there’s a murderer on the loose, and maybe a ghost, and maybe it’s all connected or maybe there’s actually two mysteries afoot. Maybe Nancy’s dad killed a teenage beauty queen! Maybe Nancy is dating and/or working with a killer! Maybe the ghost is the killer, or maybe the killer also killed the ghost! All I know is that Nancy Drew offered up one of the most effective pilots I’ve seen this year. Who cares if this thing was created in a lab as some sort of Super Show? It’s still good TV. 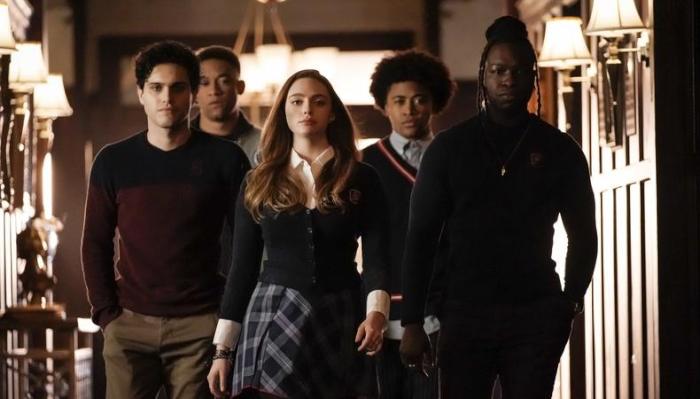