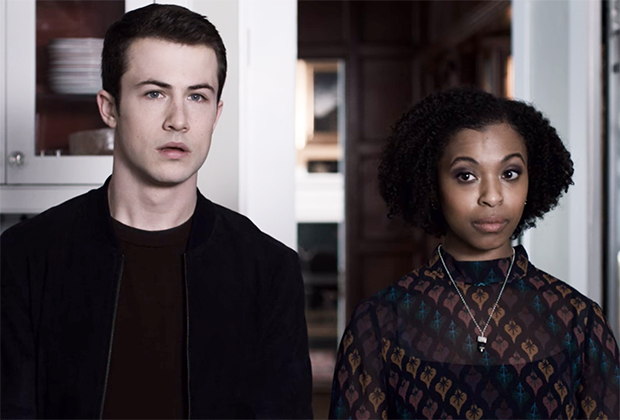 Review: Season 3 of '13 Reasons Why' Is Deeply Exhausting

We probably do not need to rehash all of the problems with the first season of Netflix’s 13 Reasons Why, the way it romanticized suicide before eventually removing the controversial suicide scene, and we need not even get into the book’s author, who himself was accused of sexual assault.

It is instructive, however, to remind viewers of how the storyline worked in season one, and what made it so madly addictive to its disproportionately teenaged audience: Hannah, the high-school student who took her life after being raped, left behind a suicide letter in the form of a tape, which was passed around to the friends and classmates who played a role in her suicide. Each episode focused on one character and how that person figured into Hannah’s death. In the context of a suicide, the storytelling device worked for the way it illustrated that there’s never one thing, but often multiple events that factor into a person’s decision to take her own life.

The third season of 13 Reasons Why maintains a similar storytelling device, but what made it addictive in the first season makes it deeply exhausting in the third. Season three centers on the mystery surrounding the murder of Bryce Walker, the abusive, bullying jock who raped Hannah and Jessica in the first season and was put on trial in the second season. Instead of tapes, however, we have a new character, Amorowat Anysia “Ani” Achola (Grace Saif), a new student at Liberty High who imparts what she knows about all the suspects during a police interrogation. Again, each episode devotes itself to one of the suspects in Bryce’s murder — with Ani filling the Hannah role — but here, it’s painfully maddening because we know the murderer is not going to be revealed until the end, so each episode basically acts to eliminate a suspect, as we glacially march toward the conclusion.

The season is set after Bryce goes missing, and we learn of all the suspects’ relationships with Bryce — and their motivation to kill him — through flashbacks. In eliminating suspects, the show also takes pains to cover big social issues, like abortion, immigration, bullying, steroids, and mental illness, sometimes successfully and sometimes in painfully awkward ways. An early episode, for instance, focuses on Bryce’s ex-girlfriend, who we learn is pregnant — MOTIVE — but she’s ruled out after we learn she got an abortion, a process the show guides us through from horrible confrontations with abortion protestors to the procedure itself. The formula then continues to repeat itself throughout much of the season focused on a different suspect with a different motive dealing with a different social issue in each episode.

The season, however, also veers off into really precarious territory by jumping back-and-forth between vilifying and humanizing the rapist. We learn more about Bryce’s backstory, understand better what leads him to the monster he eventually becomes, but the season also plays up his charm and often endeavors to extract sympathy for him from the viewer, especially after Ani embarks on a relationship with him.

Just as troubling, perhaps, is the continuation of the season two storyline involving Tyler, the kid who stalked Hannah, but who was bullied and tormented so much in the first two seasons that he nearly shot up his school. In the season two cliffhanger, Clay Jenson, the show’s problematic nominal lead prevented Tyler from doing so (to the show’s credit, at least, it leans into what makes Clay such an asshole in the third season). After Clay thwarted Tyler’s attempt to shoot up the school, he and most of the rest of the characters help Tyler evade the police and dispose of his guns, deciding instead to protect Tyler and hide his secret, which might not otherwise be a big deal except that his secret was that he was going to kill dozens of students during prom with an assault weapon. Maybe instead of “keeping an eye on Tyler” at all times, the students could instead find him some professional help.

There’s also Jessica’s provocative storyline. In season two, she testified against Bryce, and in season three, she decides to become an advocate for sexual assault victims, but when her survivor’s group decides to protest Bryce’s funeral, Jessica wavers. Meanwhile, she’s also sleeping with Justin, the ex-boyfriend who enabled Bryce to rape her. All of these touchy storylines are obviously worth exploring, but 13 Reasons Why often isn’t able to do so with the kind of delicate hand required. It also tackles so many issues that it doesn’t give proper due to most of them. There’s a troubling lack of nuance in a lot of the storylines, and it would serve parents of teenagers well to watch alongside them.

It all makes for discomfiting viewing, although several of the characters — despite my annoyances with others (Clay, Devin, Alex) — are compelling enough to keep viewers invested, and it’s hard not to watch if only to see if the writers can keep the teetering train on the track all season long. But I do so with a perpetually raised eyebrow.