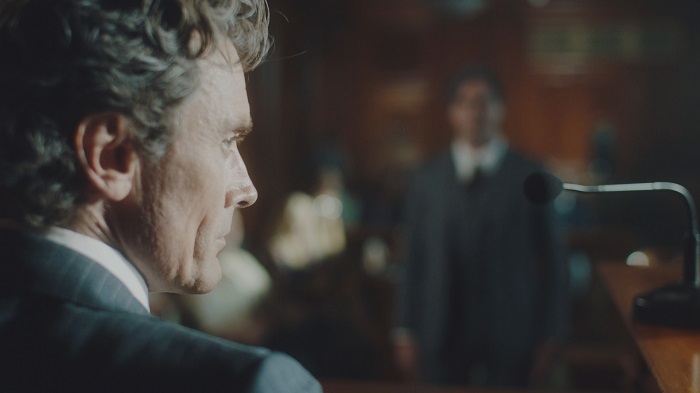 Review: FX’s True-Crime Miniseries ‘A Wilderness of Error’ Isn’t as Sophisticated as It Thinks, But It Is Highly Bingeable

Nearly every true-crime TV show, podcast, film, or miniseries centers around one question: Who is responsible? Who attacked the Central Park jogger? Who killed Hae Min Lee? What happened to Rey Rivera? Who committed the Atlanta child murders? Who was the Golden State Killer? America is a phenomenally violent country, and true crime has become a certain cultural obsession. We tell each other stories, and we gravitate toward certain narratives, and we pass judgment. We rely on the court of law but indulge in the court of public opinion, and what happens in the former doesn’t always sync up with the latter.

The subjective process in which we decide someone’s guilt or innocence is the inspiration behind Errol Morris’s nonfiction book A Wilderness of Error: The Trials of Jeffrey MacDonald, which was adapted by director Marc Smerling into a five-episode miniseries. A Wilderness of Error aired on FX on September 25 and October 2, is now available on-demand, and tries to understand what happened to MacDonald’s family 50 years ago. On February 17, 1970, MacDonald—then a doctor stationed at Fort Bragg with his wife and two daughters—claimed that a group of acid-tripping hippies broke into his house, brutally murdered his family, wrote “PIG” on the wall in blood, and left him to die, too. It was a huge case at the time, generating nationwide attention that would last for decades: through the U.S. Army’s initial investigation, which wrapped in October 1970; through MacDonald’s in-laws beginning to doubt his innocence in the 1970s; through MacDonald’s murder trial in 1979; and through the pop-culture recrafting of the story in the form of the bestselling nonfiction work Fatal Vision in 1983 and a TV miniseries adaptation in 1984.

60 million people watched that miniseries, and it helped cement a certain portrait of the case. But what Morris wondered in the book version of A Wilderness of Error, and what Smerling’s miniseries sort of does, is wonder about the fairness of that. Was such a black-and-white presentation of MacDonald appropriate? What is the role of entertainment in the true-crime genre? What is the role of the citizen investigator when the police and other trusted institutions fail us? All of those are worthy questions, but fundamentally, A Wilderness of Error feels confused in terms of its perspective, how much weight it wants to give these queries, and how much authority it wants to provide to Morris (who, you might recall, made The Thin Blue Line, which helped secure the release of the wrongfully convicted Randall Dale Adams, who served 12 years in prison). 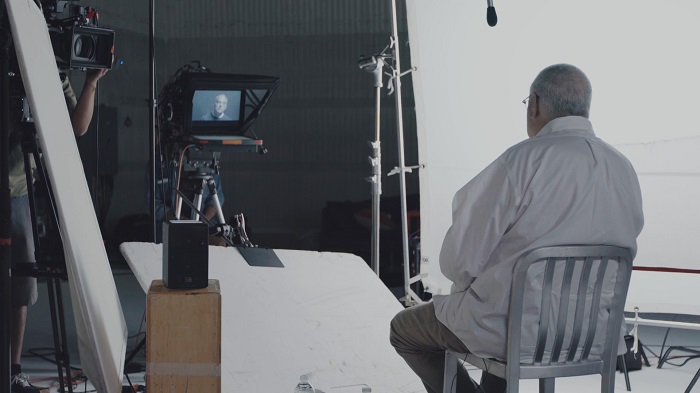 Yes, Morris wrote the book that is being adapted here, but his presence is inconsistent. He pops up as a talking head in the beginning of the premiere and seemingly shapes the documentary’s point of view. But then he disappears for most of the following episodes as A Wilderness of Error heavily relies on dramatic re-enactments, archival footage, and present-day interviews to try and understand what happened that February night. When Morris comes back for the finale to be asked a few questions by Smerling and to admit that he doesn’t know the real perpetrator of the MacDonald killings, either, his entire role here is called into question. As a sort of meta experiment, Morris’s own uncertainty (“It’s a case that resists definitive explanations,” he says) underscores how so many of these murder mysteries stop, at some point, being about reality, and just become about how we perceive reality, and to whom we afford our trust. But A Wilderness of Error doesn’t probe at those more-philosophical questions, so the result is a documentary that sometimes seems unsure of what it’s investigating. Is the focus here whether MacDonald is actually guilty, or on how the U.S. Army, police, and media all fumbled in their treatment of the crime? Is Smerling waging his own investigation, or just questioning Morris’s? The project is described as Smerling’s “attempt to find the truth,” but which one?

Still, I would be lying if I didn’t admit that I watched all five episodes in one night, quickly drawn in by the premiere, “Girl in a Floppy Hat.” Smerling begins the episode with an interview with Morris, who very effectively captures the appeal of true crime (“I get interested in stuff because I get bothered by stuff”), before jumping into a quick recounting of the crime: In their home at Fort Bragg, Army doctor MacDonald’s wife and two young daughters are murdered. The killings are brutal. MacDonald claims that three men and one woman—wearing a floppy hat and white boots, and carrying a candle—broke into his house and attacked them while demanding drugs. The Army started an investigation, and Smerling then shifts into present-day by tracking down many of the men involved and asking what they remember, what they made of MacDonald, and what they thought about his bizarre story. 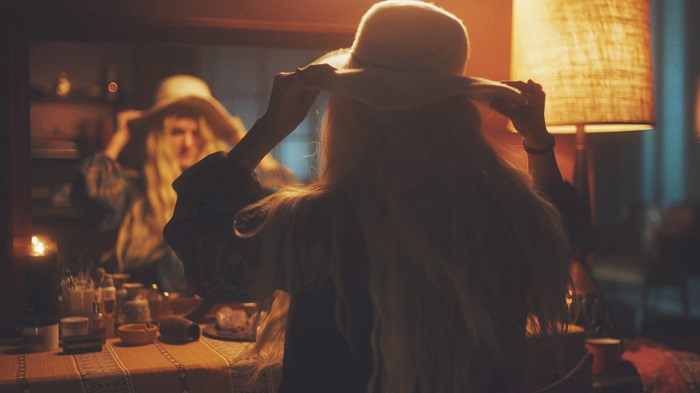 Like so many docs that jump between time periods, A Wilderness of Error relies on the physical representation of how many years have passed, embodied by how much the people involved in this case have aged, to make a point about the emotional weight they carry. Black-and-white military portraits and ID cards contrast with the silver-haired men who speak to Smerling about what they remember of the horrific crime against MacDonald’s pregnant wife Colette and daughters Kimberley and Kristen, who died of stab wounds and blunt force trauma and suffered horribly beforehand. Military police officer Ken Mica remembers seeing that mysterious woman hanging around Fort Bragg, while fellow officer Richard Tevere says quietly of the crime scene, “It was a lot to really process at the time.” The murder weapons, including a club, a knife, and an ice pick, were found right outside the house. There was blood everywhere, including some of Jeffrey’s. Fayetteville police detective Prince Beasley thinks he can identify the woman as informant Helena Stoeckley, but her story keeps changing. Eventually, the focus shifts to Jeffrey himself, and when the Army initiates an Article 32 hearing against him, Jeffrey’s defense pokes holes in their investigation. The crime scene was never secured. There are discrepancies between what military police remember seeing in the home and what crime-scene pictures show. More than 27 different people walked around the scene that night. And MacDonald’s father-in-law, Alfred Kassab, stands by him: “If I had another daughter, I’d still want the same son-in-law.”

It seems, maybe, like Jeffrey will get off, and A Wilderness of Error is at its strongest when it builds the case against Jeffrey and convinces us of his guilt, before stepping backward and wondering about his innocence. When A Wilderness of Error sticks to that straightforward treatment of this story, the doc is engrossing and seems well-researched. The problem, though, is when Smerling tries to integrate Morris back into the story to add a voice of doubt. That role should already be filled by us as viewers, and incorporating Morris again almost takes us out of the story. Also increasingly unremarkable are the dramatic recreations, which can skew cheesy: there are four separate scenes of a character’s point of view as they walk through wooden doors into a courtroom, and too many to count of the mysterious woman’s white boots walking around Fort Bragg and downtown Fayetteville. And some of Smerling’s stylistic choices, like cutting to a room with a rotating array of TV screens, all showing various interviews with Jeffrey, or including an interview with a true-crime superfan who is obsessed with the MacDonald case and speaks fondly of attending the 1979 trial, are a little too obvious in their distillation of the documentary’s “this case became all about appearances” argument.

Like the best true-crime stories, A Wilderness of Error is at its most impactful when it puts aside the sleuthing and also pays attention to the lingering pain caused by the absences of Colette, Kimberley, and Kristen. Friends get emotional talking about Colette. Jurors tear up when they recount walking through the MacDonald home in 1979, the crime scene sealed off and untouched for nine years. Although it’s obvious that Smerling and Morris would like the lingering impact of their documentary to be Morris’s warning about storytelling:

“One thing that we know about human beings, they have an almost infinite capacity to believe anything, and people are endlessly suggestable. … We are compelled by narratives. Much more by narratives than by evidence. Evidence invariably takes second fiddle to narrative.”

What instead resonated with me was what Colette’s brother Bob Stevenson says, through tears, of her murder, and of the ensuing tabloid-style frenzy:

“It broke me. It broke me. Every year somebody wants to throw a rope around my legs and drag me through the family pool of blood again, and I have to go through all of it, and learning too many things, and remembering things I don’t want to remember anymore.”

Bob participates in A Wilderness of Error, sitting for various interviews wearing an array of chunky silver and turquoise jewelry and a gigantic belt buckle. He remembers his sister Colette and his nieces as they were, even all these years later. No amount of media coverage can change that, and for all of Morris’s high-minded, philosophical discussions of what defines truth vs. narrative, Bob’s pain is the most visceral element of A Wilderness of Error, and says the most about what stories matter.