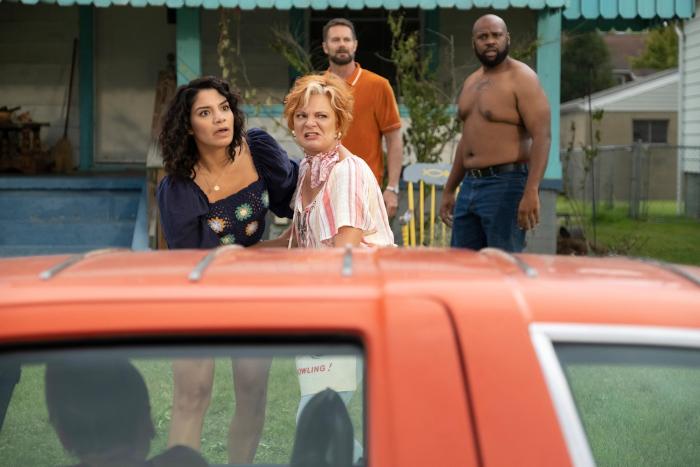 I am not a fan of his multi-cams (Yes, Dear, The Millers), but I am a sucker for Greg Garcia’s single-cam comedies, namely My Name Is Earl, Raising Hope, and even the little-seen TBS comedy The Guest Book (our copyeditor, Lainey, is equally enamored with Garcia’s finest works). Garcia is the master of one particular brand of comedy: He makes funny shows about poor folks without disrespecting poor people. I don’t know what his personal background is — although he did work as a cashier and janitor at a Burger King during the 2008 writer’s strike — but Garcia gets it. He understands not only that there is no shame in being poor, but that survival itself requires a certain level of craftiness and ingenuity, and above all, his characters have big hearts.

Best known for My Name is Earl (the comedy that doesn’t get the credit it deserves for launching The Office), but I have an even bigger soft spot for Raising Hope, the quirky comedy starring Garrett Dillahunt and Martha Plimpton about a family that raises a baby abandoned by a serial killer after she went to prison.

Sprung not only reunites the two, but combines some of the elements of Earl and Hope and, more importantly, brings along the heart of those comedies, as well as the importance of family (biological or self-made). Dillahunt (who also recurred in The Guest House) plays Jack, a man in his 40s sentenced to prison for 30 years as a teenager for selling weed under a mandatory minimum sentence. When COVID arrives, however, he is unexpectedly sprung from prison with 5 years left on his sentence and pushed out into a world where Americans are trapped inside their homes.

Jack, who is estranged from his parents, has nowhere to go, so he accepts an offer to live in the house of his cellmate, Rooster (the spiritual cousin to Crabman), and his overprotective mom, Barb (Martha Plimpton). Joining them is Gloria (Shakira Barrera), a woman Jack catfished in prison through a toilet phone. Barb gives them a place in their home away from the COVID, as well as nightly sloppy-joe casserole dinners, but there’s a catch: She wants them to help her commit crimes.

Jack wasn’t much of a criminal to begin with — he got put away for selling a drug that is legal in many places now — and he doesn’t want to participate, but he also has nowhere else to go. After listening to stories from cellmates while in prison for 24 years, he’s picked up a lot of tricks of the trade. So, he reluctantly agrees, if only to keep his friends from getting caught and going back to prison. But like any good Greg Garcia character, Jack is not interested in the money. In fact, the Earl-esque gimmick in each episode is not only applying skills he picked up from cellmates but pulling off these little mini-heists and using the money to help someone else going through a hard time during COVID.

Jack is good people. Barb, meanwhile, is saving up for Botox. Rooster is in it because he’ll do anything for his mom. Gloria — who has a degree in psychology and likes to psychoanalyze everyone — has bigger designs on ripping off a state senator (Katee Sackhoff), with whom she seems to have a grudge for as-yet-unknown reasons.

If you like Garcia’s brand of comedy, there’s no reason not to love Sprung. It’s a little quirky, a little zany, but it’s obvious he has a tremendous affection for these characters. Jack and Barb — as the older adults — are not too far removed from their Raising Hope characters (although, there is nothing romantic between the two), and as is often the case with a Garcia series, he has a knack for shooting in spaces that look lived-in and genuine for characters who are basically petty thieves. I adore it, so much so that I don’t even mind the limited commercial interruptions on Freevee.

The first two episodes of ‘Sprung’ are currently available on Freevee, where two episodes air weekly on Fridays.


← Review: Alison Brie and Aubrey Plaza Go to Italy and Do Stuff in 'Spin Me Round' | The Kardashians Are Wasting Water Now, Too →