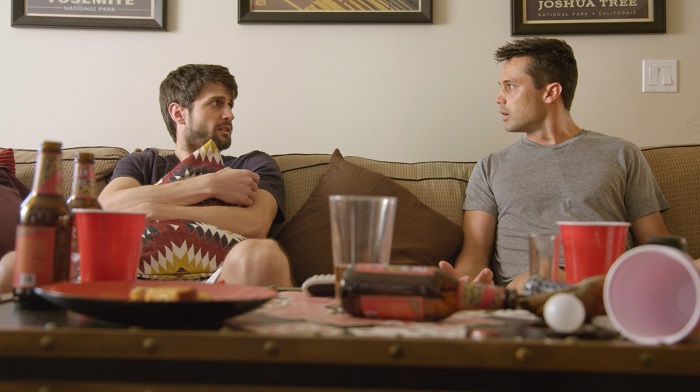 Review: ‘Everyone is Doing Great’ is a ‘One Tree Hill’ Reunion Doing Its Best ‘Party Down’ Imitation to a Limited Degree of Success

Sometimes you just want to turn off your brain and look at pretty people doing alternately silly and sincere things, and that is why I, proud Millennial that I am, still love One Tree Hill, and that is why I, nostalgic Millennial that I am, dived headfirst into the James Lafferty and Stephen Colletti reunion that is Everyone is Doing Great. The original comedy from OTH’s resident male brunettes is mostly thin, occasionally insightful, and more than anything else, an imitation of the biting satire Party Down, which skewered the superficiality of Hollywood while admitting its toxic allure.

Everyone is Doing Great is not as deliberate as Party Down was, nor is it as willing to poke fun at its main characters. But the eight episodes of this first season are breezy enough that you can put on Everyone is Doing Great while, say, cooking or doing laundry or tidying up and you’ll be able to follow it just fine. That’s not necessarily an insult—everyone needs a good option for a “watch while doing other stuff” show in our current be-home-all-the-time reality, and if you have any lingering OTH fondness, this show still works fine with only about 70 percent or so of your attention.

Written and directed both Lafferty and Colletti, Everyone is Doing Great follows a pair of actors who were once the hot young things: Five years ago, Jeremy Davis (Lafferty) and Seth Stewart (Colletti) were costars on Eternal, a TV show about two vampire best friends in love with the same woman. That woman was played by Andrea Cooper (Alexandra Park), who actually did fall in love with Jeremy over the course of Eternal. For four or so years, they were all on top of the world, a la Twilight and The Vampire Diaries—”[Eternal] wasn’t a soap opera. It was like a teen drama,” one of them meekly says—and Jeremy and Andrea fell in love and got married and bought a huge house together, and Seth was Jeremy’s best friend but also very close to Andrea too, and they were a trio recognized everywhere.

But five years in Hollywood is like an eternity, and the ensuing years have made this trio into people drastically different from who they were before. Andrea is on a hot new show called Feds, and while her fame is blowing up again, Jeremy’s is practically nonexistent. He does an astonishing amount of drugs, he can’t get an erection from all the drinking, he exchanges DMs with Eternal fans still enamored by his character. He’s not exactly cheating but he’s not really in this marriage, either, and both his wealth and his self-awareness have dribbled away bit by bit. Seth is somewhere in between his two friends: He’s not nearly as burnt-out as Jeremy, but he hasn’t secured any buzzy new roles yet, like Andrea did. He keeps auditioning, keeps trying to make something happen in his career, and keeps ending up in rooms filled with the exact same semi-tall, fairly fit, blandly handsome brunette guys. And they keep getting the roles that he isn’t.

Remember when I mentioned Party Down? Yes, this is very similar to Party Down. Rob Thomas’s show was so brilliant because it didn’t pretend that being famous and rich isn’t obviously advantageous in material ways. All the people who Party Down caters events for are mostly assholes, but never once did that show pretend that it’s harder to live with money than it is to live without it. But Party Down also understood that the possibility of making it in this industry is nearly impossible, and it takes a certain kind of insanity and no small amount of confidence to really decide that you’re going to commit yourself to it, and that’s why that final shot of Adam Scott’s Henry walking back into an audition is so hopeful and so devastating at the same time. Henry probably isn’t going to make it. But does that diminish the effort of him trying in the first place? If he’s passionate about something—isn’t that commendable on its own?

Everyone is Doing Great is sort of trying to tell an analogous story through Seth and Jeremy, who during the first three-quarters or so of the season run through the same routines over and over. While Jeremy and Andrea are working through divorce proceedings, Jeremy and Seth pal around, they get drunk, they do a lot of cocaine, they try and hook up with girls, they pass out, they sort of fight—Seth about Jeremy’s lack of ambition, Jeremy about what he construes as a lack of support from Seth—and then they do it again and again. The problem here is that Everyone is Doing Great is unsure of how much to poke fun at these characters, or even how seriously we should take their actions. Lafferty and Colletti have written the series themselves, and it sometimes feels like they’re afraid of making their characters truly unlikeable—or just unwilling to take the show in too dark of a direction. Which is fine! But that leaves the show without a real personality or perspective of its own—not cynical, not satirical, not sincere. Everyone is Doing Great is simultaneously trying to do too much without quite doing enough.

A lot of this inconsistency comes down to the characters, and to the show relying on some sitcom-y tropes that feel outdated. Jeremy is very clearly an addict, and very clearly depressed, but the show doesn’t really accept that possibility. He’s just a guy who likes to party a little too much, and the show spins its wheels with that before ending on a cliffhanger that comes out of nowhere. Lafferty handles the character well—excuse me, don’t forget the Nathan Scott storylines he shouldered!—and he’s naturally quite charming. (Cough and that beard is very welcome cough) But the show relies too much on Jeremy being the fuckup to Seth’s straight man, which also underserves the latter. His personality is so sparse that you won’t quite grasp why we should be rooting for this guy over so many others; Colletti is more amusing when he can dig into a certain kind of cheeky smugness that almost speaks to his trajectory as Laguna Beach reality TV star to actor, writer, and director. (Is his confusion, and then disgust, over what an influencer does some shade toward former flame Kristin Cavallari? Maybe! Let me have this!) A similar underwritten quality is extended toward Andrea: She’s Jeremy’s unhappy ex, and we understand how deeply he ruined that relationship. But why Andrea fell for him in the first place, or what she is now visualizing for herself as she initiates the divorce and moves into the next phase of her career, remains unclear. 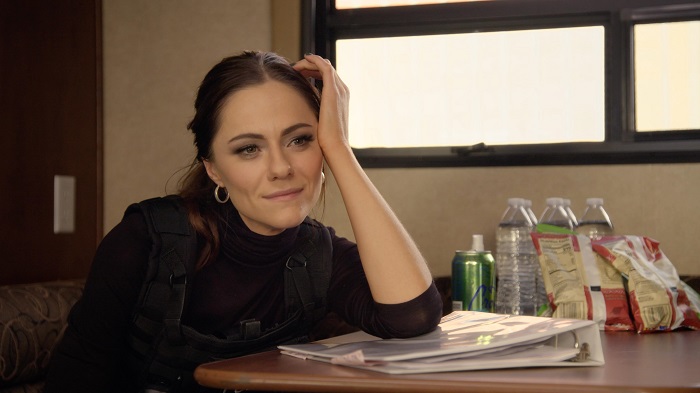 Lafferty and Colletti have good chemistry together, and the comfort they have with each other, left over from OTH, helps inform their bond as former costars here too. And kudos to Park, who chews into a few fights with Jeremy with appropriate gusto and resentment. But too many scenarios are familiar without being unique: Seth ends up at the engagement party for his ex and misbehaves; Seth and Jeremy take a drug-fueled road trip together; fans mistake Seth and Jeremy for being lovers. And yet none of these subplots really have an impact on the journey of their characters. Is that some kind of commentary on the untouchability of fame? I’m not sure Everyone is Doing Great is that sophisticated. But if you take the show exactly for how it was advertised in a recent PR email—“What better than a comedy about two former heartthrobs, created by two former heartthrobs?”— and don’t expect much more than that, Everyone is Doing Great is intermittently entertaining and inoffensively slight enough.

The eight episodes of Everyone is Doing Great are currently streaming on Hulu.