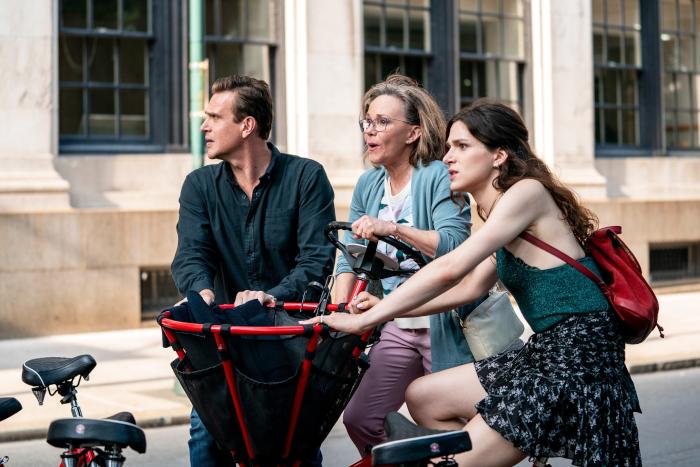 In the late aughts, a San Francisco artist named Jeff Hull enrolled 10,000 people or so in an alternate reality game/ social experiment. In 2013, Spencer McCall made a documentary about it called The Institute. It is the inspiration for Dispatches from Elsewhere, the new AMC series from Jason Segal, who created, writes, and stars in the show. If you haven’t watched Dispatches yet, the trailer for The Institute may put you off the show. If you have watched the first episode, the trailer provides some fascinating background to a show with which you may have already fallen in love.

Set in Philly, the series revolves around four characters enrolled in a mysterious game, and a narrator, played by Richard E. Grant, who behaves like the narrator of a Dharma Initiative video on Lost crossed with a talking head in an Eroll Morris documentary set against a David Lynch backdrop (is that specific enough?). Jason Segel’s Peter is the entry point into the game. He’s a blank slate. He’s a schlubby office drone who goes to work, buys convenience store sushi on his way home, eats it in bed, and wakes up and starts the day all over again. Sometimes, he sees a therapist, although he has very little to say to her because his life is so devoid of meaning.

Then one day he answers a flyer with a pull-down tab offering to conduct various experiments, like communicating with dolphins or testing human forcefields. Peter timidly calls the number provided and is eventually directed to the headquarters, where he is inducted into this alternate-reality game and grouped with three other people: Janice (Sally Field), Fredwynn (André Benjamin), and Simone (Eve Lindley). Each of the four has their own theories about what’s at play. Fredwynn believes it’s a government conspiracy; Janice thinks it’s a prank; Simone thinks it’s a game, and Peter thinks it might be real (these were the strains of thought concerning Jeff Hull’s game, too).

The only thing that we do know is that the game is what brought these four people together, and that may be the ultimate point of the game. But there’s also an undercurrent of goodness and hope that I wasn’t initially expecting from Dispatches. The first 10 minutes suggests some agonizing, pretentious, self-involved Reddit bait, but it blossoms into something else entirely. There’s some Amelie-like magical realism here, a little Safety Not Guaranteed, but there’s also a lot of unknown. It’s not the kind of mystery you want to yarn wall. It’s more like an adventure that is exciting precisely because you know so little of what’s ahead. Peter says the game is like magic; the series itself feels magical. The tone and spirit of Dispatches feels similar to The Lodge, only here there’s a point to it, a direction.

Segel’s character provides a good entry point into the series, but it’s Sally Field’s Janice and especially Eve Lindley’s Simone that stand out. Until now, Lindley was best known for a recurring role as Hot Carla on Mr. Robot, but Dispatches is going to launch her. She’s so good here as a sort of playful, rebellious but vulnerable participant, and like Peter, the audience is mesmerized by her, drawn into her orbit. She’s the feature character in tonight’s second episode, too, and I cannot wait to get to know her more.