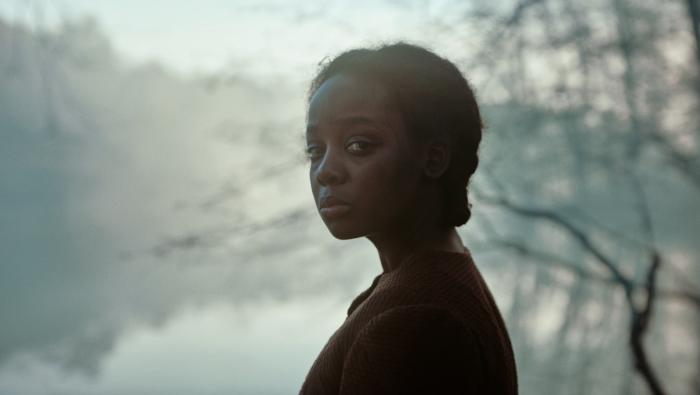 Review: Amazon’s ‘The Underground Railroad’ is Beautiful to Look at But Grueling to Watch

With the recent success of staggered episode releases on Amazon (Invincible, The Boys), it comes as a surprise that Barry Jenkins’ highly-anticipated limited series, The Underground Railroad, has been released in its entirety. Adapted from Colson Whitehead’s Pulitzer Prize-winning novel of the same name (with Whitehead also serving as an executive producer), this work of historical fiction takes place during the pre-Civil War American South, one of the more recent depictions of the horrors of slavery in the United States. Although significant plot elements can be classified as “alternative reality,” they’re so rooted in historical facts that each of them feel entirely plausible.

The series opens on a Georgia cotton plantation. A young woman named Cora (Thuso Mbedu) has been enslaved since birth, born to a midwife named Mabel (Sheila Atim) who is the only person who has ever run away from the plantation and managed to evade capture. Left behind, Cora has grown up feeling abandoned and treated like an outcast, in addition to surviving in one of the most difficult living conditions anyone can imagine. When an enslaved man, Caesar (Aaron Pierre), tells Cora of his plans to escape, she refuses out of a sense of self-preservation. But when things grow increasingly terrible for Cora, along with witnessing an unbearable act of violence, she comes around to the idea of escape. At night, the two set off into the woods, fully aware that capture will guarantee their doom. An abolitionist leads them towards the underground railroad, which, in this fictional re-imagining, is an actual rail line that operates underground, designed to help escapees head northwards in hopes of finding freedom. Unfortunately, the journey is rife with danger, much of it courtesy of grotesquely efficient slave catcher Arnold Ridgeway (Joel Edgerton), who has managed to find each of the targets he’s set upon, with the lone exception of Mabel. Hellbent on not allowing history to repeat itself, he doggedly follows Cora on her lengthy trek as she attempts to find some semblance of safety that would allow her to dream of a home somewhere.

Viewers will immediately be struck by the gorgeous visuals that start from beginning to end. Cinematographer James Laxton (Moonlight, If Beale Street Could Talk) has given a distinctive look to Jenkins’ work. Characters silhouetted with rays of light, broad color palettes, and, of course, their signature close-up shots with the performers staring directly into the camera are all used yet again to bring this adaptation to life. Aerial shots of cotton fields are slightly overexposed, giving the impression of the heat from the Georgia afternoon. Muted colors lend a sense of temporality, making a convincing argument that we are, in fact, witnessing a series of events that take place in the mid-1800s and not an assortment of actors performing a work of fiction. Nearly every frame is a work of art, giving a painterly effect to even the most terrible moments.

Because of the subject matter, those moments happen rather frequently. Make no mistake, this series is absolutely crushing to watch. Despite the fact that the whole season is available, no one should binge this. It is hours and hours of suffering, with the first episode being especially horrific. A whipping scene takes place less than fifteen minutes in, with things only getting worse from there, culminating in a scene so horrific (an extended torture scene involving fire) that if I were to sit through it again, I would cover my eyes. Many people will probably be quick to argue that scenes like this are necessary to accurately depict the horrors of slavery, but I don’t believe that argument holds water. With the unfathomable combination of hurt, stress, pain, and fear that Black people had to endure during the height of slavery, the various ways to depict these wretched conditions are countless. Witnessing elaborate torture scenes—whippings and such have been depicted who knows how many times already—doesn’t serve to provide insight into those circumstances as much it simply feels like fulfilling some unwritten agony clause. It’s a rather extravagant display considering that it would take little to convince the audience as to why Cora would be compelled to flee from a life of subjugation and pain. With that said, the subject of how slavery in the U.S. should be depicted is deeply complicated and deserves far more than what I, a non-Black person, can deliver in a mere television review.

Though the suffering is intense, made more so by the lengthy episode run times (eight out of ten are more than an hour each), it’s also hard to look away. Witnessing a survivor’s plight is usually intriguing to one degree or another, with Cora’s being more so than most. While the story initially drew me in, what kept me there was Mbedu, who gifts Cora with a depth that would otherwise be lacking (my biggest hangup with the novel was that Cora felt like little more than a pain sponge). Mbedu relies heavily on non-verbal acting, a sound decision for a character who has been forced to live a life of servitude. Despite her subjugation, however, Cora is anything but meek, her hatred for her oppressors unmistakably shining through her eyes, a hate held back only by the fear that just manages to outweigh it. You want nothing but good things for her, which makes each abduction, setback, and lost loved one feel infinitely worse.

All in all, the cast is exquisite. Pierre gives a poetic yet heroic quality to Caesar, the kind of man that would take you by the hand and lead you to safety. There’s also William Jackson Harper (The Good Place) as Royal, a free man who resides in a proud, independent Black community. Harper is in full dreamboat mode here. Maybe it’s the hat, the sideburns, or the mustache, but the man looks like something out of a romance novel. However, the performance that truly knocked me for a loop was Chase Dillon as Homer, the young Black assistant to Ridgeway who has little sympathy for the people they abduct and force back to the plantations they fled from (not to mention the painful death that almost certainly awaits). All of eleven years old, Dillon equips Homer with an unsettling maturity, like a tiny pragmatic man who’s just quietly getting a job done. There’s a fine line being danced here, because although Homer, being a Black child, still has to monitor and move through a world that despises Blackness, his proximity to whiteness (via Ridgeway’s protection) allows him moments of confident surety that’s rarely afforded to other Black people. When he slides a coin to a previously-uncooperative telegraph operator, he does it with a look far beyond his years, which could be considered merely precocious until one remembers that the sentiment fueling that sliver of cockiness is the oppression of the people who look exactly like him. I look forward to whatever Dillon decides to take on in the future should he continue acting, because it will surely be magnificent.

The most well-known name is arguably Joel Edgerton, who portrays Ridgeway with all of the complexity necessary for the audience to spend such a significant amount of time with such a deplorable human being. It’s such a substantial amount of time that I felt taken aback by the decision to commit multiple episodes (either solely or heavily) to him. For a series that already feels overly long—all of the major beats could have easily been done in eight episodes—having a series that’s intended to revolve around the plight of a young Black woman trying to escape from a life of slavery be pivoted to the white man intent on bringing her back to it is perplexing to me. Edgerton is certainly a fascinating performer, and I welcome his presence on screen, but the intensive foray into his background feels like a bit of a teeth-gnashing detour.

With that said, it is difficult (some would say disingenuous) to depict the enslavement of Black people without touching on the beneficiaries of that godforsaken system. As horrible as the violence is, what is almost as chilling are the many, many white people who insist that the torture they put these people through is somehow for their own good. When Cora and Caesar find themselves in what appears to be a safe haven, only to realize there’s something more insidious at work, the seemingly-benevolent white man asks Caesar, “Would you rather go back to the plantation?” The memory of those horrors wielded like a cudgel to force him to acquiesce and stay silent in the wake of other people’s suffering. Jenkins makes sure to also focus on the identities and stations of the perpetrators, including a soft-spoken white woman with a decidedly predatory look in her eyes, and an Irish woman who uses white Americans’ hatred of Black people to…shall we say mixed results.

Despite the fact that this series is hard to watch at times, there is something of value offered here. With that said, I understand and sympathize with those who are unable or unwilling to watch. Although offerings of hope are rare, when they occur it feels like a ray of sunshine on a frigid day. When Royal looks at Cora and warmly tells her, “Ain’t nothing in this world Black folk can’t do,” it’s an incredibly heartening moment. The optimism is fleeting—a sad parallel to the continued struggle against the present-day system that slavery eventually transformed itself into—but by the series’ end, it’s clear that Jenkins wants to leave viewers with a sense of hope. Hope is certainly a sentiment that we can all use in these challenging times, even if not all of us can tolerate this particular vehicle it’s delivered in.

All ten episodes of The Underground Railroad are available to stream on Amazon Prime.

Kaleena Rivera is a tv and film writer. When she isn’t screaming at execs to put William Jackson Harper in a rom-com, you cowards, you can find her on Twitter here.