Retta Crowns 'The Ugliest House In America' on HGTV

HGTV’s Ugliest House In America is a delightful, time-waster of a show. It’s five very easy to watch half-hour episodes that all involve Retta (Parks and Rec) traveling the country and judging the bad taste of others. If you enjoy those Facebook groups that post listings of ugly/weird houses, this is the show for you! My only real criticism is that most of the featured houses were more tasteless than ugly. It’s a fine but important line to draw. In most cases, the buildings were fine, albeit quirky, but an excess of carpeting (around kitchen islands, bathtubs, and in pool rooms) and an over-abundance of woodworking made them tacky.

The premise of the competition is this: Divide the country into four regions, select three homes in each region from whatever list of entries they have, pick a regional winner based on three criteria: ugly appearance, bad function, and “Surprise” (as in “Oh, that’s a giant sculpture of Poseidon in your front yard.” Or “this former mortuary still has a body elevator in it!”). Then an actual winner is selected from those four finalists. That home is then given a $150,000 renovation courtesy of Alison Victoria with Windy City Rehab. Yes, she has her own HGTV show, of course. SYNERGY!

I thought I was going to feel bad for these contestants. Assuming that “ugly house” was going to have something to do with the structures themselves. But in most cases, the story is something along the lines of, “I knew this house had terrible features, but I got it for way under asking price. Now I realize I can’t afford to do all of the work necessary to make it less tacky.” I mean, you get what you pay for, right? Sometimes you pay for a terrible undersea-themed home with a giant sailfish cemented to the living room wall. Or vaulted ceilings covered in painted insulation that drops off onto your dining table. Why would you buy that regardless of how much they were taking off the price? 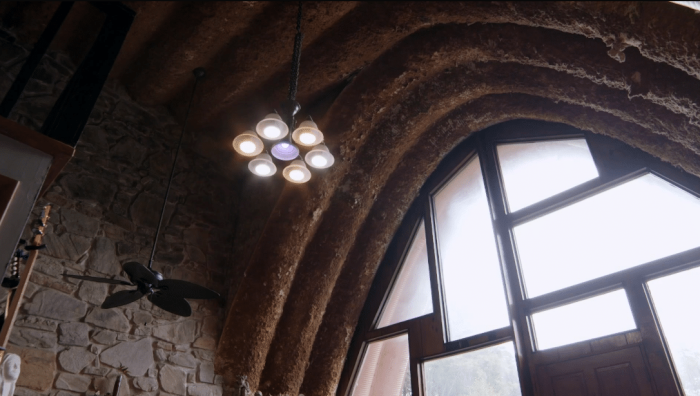 My favorite couple was the folks who bought a VERY large daycare center and started knocking holes in walls before they realized that the necessary renovations to convert the space into a livable house were way beyond their abilities. When we were looking to buy a home, my husband and I nixed a whole bunch of places that needed LESS work than these because we knew we would still be living in a construction zone 10 years later. A little self-awareness goes a long way when buying real estate. 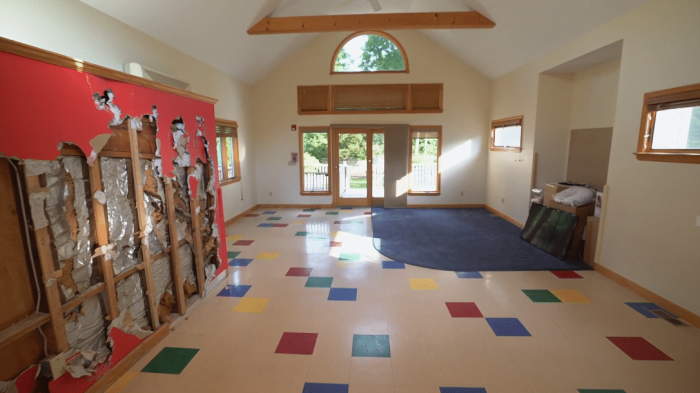 The award for least sympathetic home-owner goes to the lady in Dewey, OK. She’s a fully grown woman with adult children of her own, living in the house she grew up in. Not that there’s anything wrong with that! Unless the house is constructed from pink bricks, adorned with predominantly pink decor and a giant disco ball hanging from the mirrored ceiling in the living room. 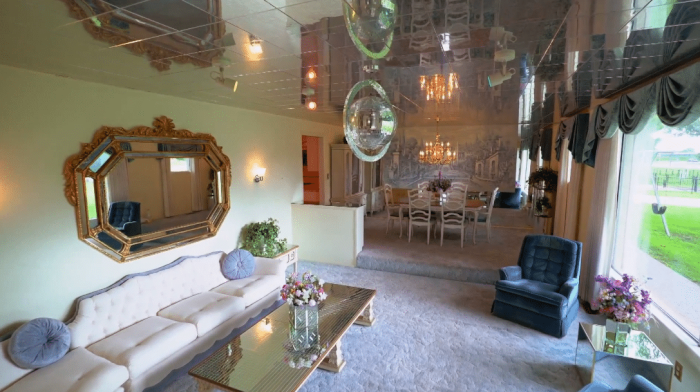 You grew up there, you raised your kids there. What’s been stopping you from doing even the smallest, least expensive renovations? Getting rid of the ugly statuary in your yard is FREE, y’all. Taking down the gaudy disco ball, also free. And honestly, this one felt super staged because she had a bedroom to show Retta that was done up with gold lamé bedding and you cannot tell me someone slept on that every night. Not when you can spend $50 on a bedding set at Bed, Bath & Beyond.

The contestant for whom I had the most sympathy was the young woman in Tennessee whose father bought her what was OBVIOUSLY a former bordello as a graduation gift. The place was huge. Enviously huge (until I contemplated how much work it would be to keep it all clean.) But terrifying. Scary stains on the carpets, the popcorn ceiling had a coat of clear varnish with gold glitter in it, cameras mounted in EVERY room. Retta and I both had a lot of questions we wanted to ask that girl’s father. How did he find out about this place? Why did he think this was an OK purchase for his daughter? What’s a single, 23-year-old woman going to do with a house THIS BIG besides run it as a bordello? She seemed like a very nice girl living in a very terrible house.

There’s a little something for everyone in this show. Retta is stunning in front of any backdrop even if it’s a home that looks like a cat tree. The wardrobe department at HGTV dressed her beautifully in every episode. So even if you don’t care about the houses, she is effervescent and perfectly styled as always. I would watch five more seasons of this show just for her reaction shots to some of these rooms. 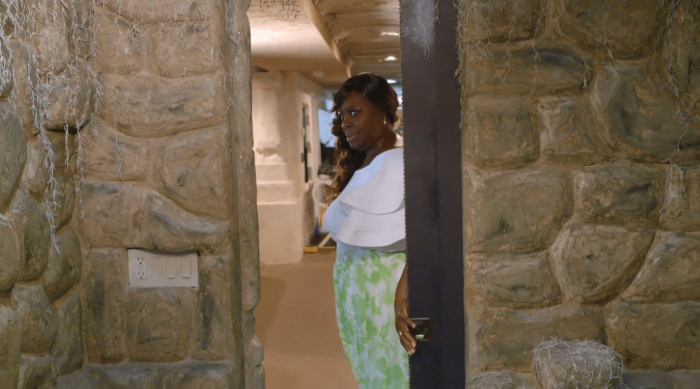 That’s someone’s bathroom decked out in faux-stone. I’d probably just hold it in until I could get to a coffee shop.

The Ugliest House In America is currently streaming on Discovery+ and I hope it gets another season so they can feature this place that was making the rounds on Twitter last week:

The thing you need to understand about today's Zillow find is that it was built in 2010 in the United States of America. 1/ pic.twitter.com/Rd5JrrsVgr


← This Acoustic Version of 'Welcome To The Jungle' Takes No Prisoners | 'How I Met Your Father' is 100 Percent Ted Mosby, Zero Percent Robin Sparkles →