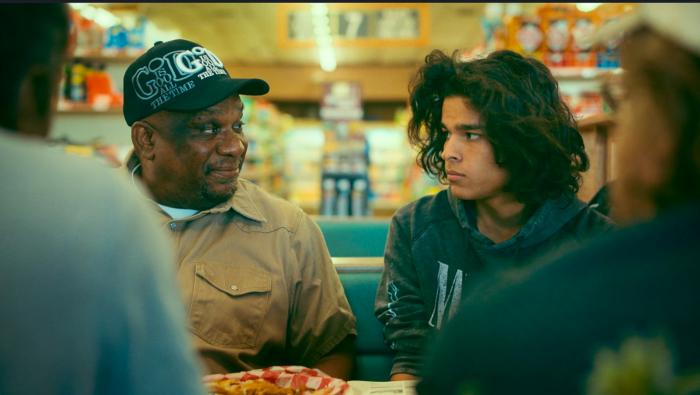 August is my busiest month, which is why my Reservation Dogs recaps died off last year. But I’m trying again, because the exploits of Cheese (Lane Factor), Willie Jack (Paulina Alexis), Bear (D’Pharaoh Woon-A-Tai), and Elora Danan (Devory Jacobs) are worth it. Last year’s short season featured our foursome struggling to make ends meet and fund a move to California in a community where petty crime is the only thing that pays. Driven by the memory of their friend/cousin Daniel who took his own life rather than continue feeling trapped, the quartet found their goals changing as the threat of a tornado brought the community together. Cheese and Willie Jack decided to stay and help out their friends and neighbors, while Bear remained determined to leave. Elora Danan, fed up with Bear’s constant mooching, whining, and inability to take care of himself, ditches him and takes off with Jackie (Elva Guerra), leader of the NDN Mafia. The two head off in Elora’s grandmother’s rez car with dreams of golden California filling their heads.

Needless to say, it doesn’t work out. After breaking down not far from home, the two find themselves at the mercy of a revolving cast of white people running the gamut from a preachy, possibly rapey evangelical to a newly divorced McMansion owner and the kind of terrifying rednecks that cost Ahmaud Arbery his life. Reservation Dogs’ Sterlin Harjo and his writers excel at providing the kind of cringe-inducing white nonsense guest stars like Megan Mulally revel in performing. Mulally’s in fine form as recent divorcee Anna, who seems to be genteelly losing her mind out in the Oklahoma sticks. It’s weird that Bill Burr, a guy I often find obnoxious in real life, is the only guest star I was able to watch without squirming, so far. I think it’s called “acting.” Elora finds herself feeling guilty for the way she and Jackie take advantage of people on the road and wonders if she’s made the right decision. 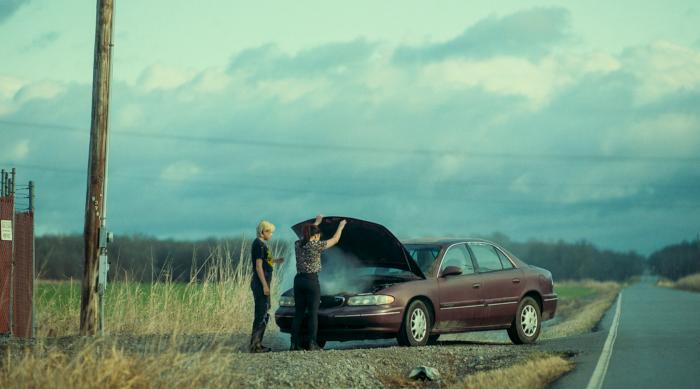 Things are going better for those left on the reservation, for a given value of “better.” Willie Jack’s convinced the curse she put on Jackie is why the tornado hit and her friends are fighting, plus some Texan billionaire is buying up all the land, including the RD’s hideout and where Daniel hanged himself. Cheese is still Cheese, socially conscious and so open-minded it’s a wonder his brain doesn’t fall out. I love the guy. Bear is still seeing his spirit guide (Dallas Goldtooth), who remains one of the show’s funniest elements. Uncle Brownie’s (Gary Farmer) seeing him now too since he’s convinced himself he’s a powerful wizard after “banishing” the tornado. He spends a lot of time outdoors in his birthday suit, which makes me itch every time I see him. Maybe Oklahoma has fewer mosquitoes than Massachusetts. Brownie and Bucky’s on-again, off-again friendship is a big part of the first few episodes, and I for one could listen to Gary Farmer and Wes Studi bicker for hours. It reminds me of hunting with my male relatives, sitting around a fire, and listening to my uncles pick on each other rather than trying to shoot deer.

Bear’s still trying to figure out what it means to be a man. His spirit guide’s not much help, though he tries. It turns out, taking care of one’s people isn’t easy, especially when you’re broke and unemployed. The drumbeat of extended family and community continues to resonate this season. Bear learns that he owes the people around him even more than he knows since truck driver Miles (Rhomeyn Johnson), and shop owners Rob (Macon Blair) and Cleo (Darryl W. Handy) knew all along who stole the chip truck. “Build things, boy. Don’t tear them down,” might be the best advice anyone can give another human being, and Bear seems to take it to heart. 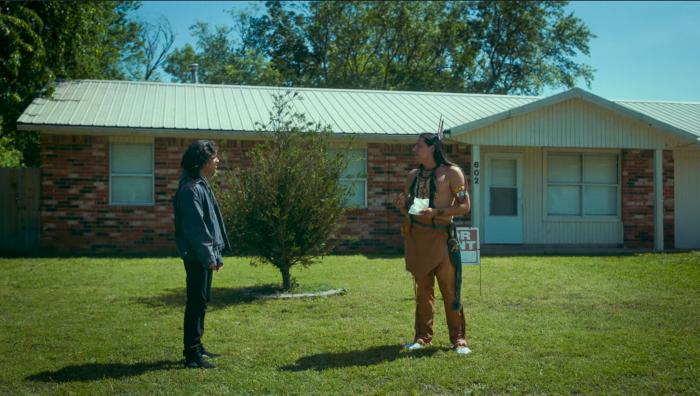 A couple of other quick things as this season starts chugging along: I miss the methheads. It might be the first time anyone’s used that sentence but it’s true. I miss Big too, but if his absence has anything to do with Zahn McClarnon’s smash success over on Dark Winds I can’t begrudge him the time. It’s taken too long for McClarnon to get the recognition he deserves. I assume Cleo’s “Oklahoma Freedman” shirt is intended to identify him as such, and perhaps an indication that Sterlin Harjo listened to viewers who found the lack of Black Native representation alarming. Hopefully, that improves as this season progresses. I’m in for the long haul either way, even if I’m already an episode behind!


← 'Tales of The Walking Dead' Is, Uh, Different | 'Orphan: First Kill' is so Much Better Than it Has Any Business Being →