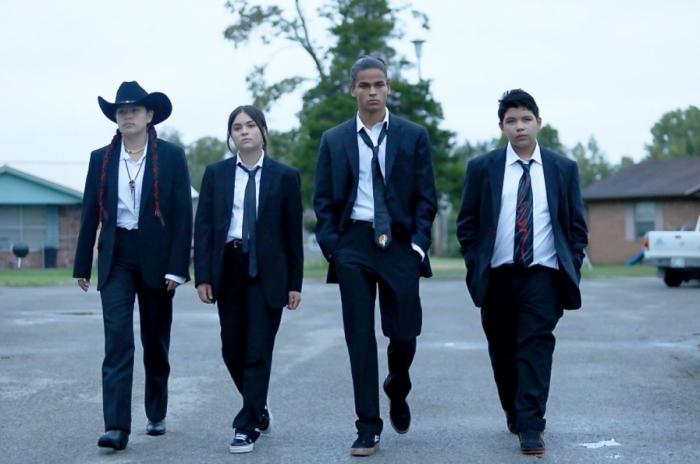 The title really says it all, but since I get paid to actually put words to the screen I should do that. Reservation Dogs, the hit FX on Hulu comedy from Sterlin Harjo, with an assist from Taika Waititi, has been renewed for a second season. With a coveted 100% Fresh rating on Rotten Tomatoes, it’s not a surprise but it is a relief.

Since I was hooked ten minutes into the first episode, I couldn’t be happier. Alora Danan, Cheese, Willie Jack, and Bear are instantly endearing characters as they struggle to find a way out of the systemic poverty of their reservation home. The supporting cast of methheads and quirky locals only add to the show’s pleasures. The last two episodes, featuring Bear’s wannabe gangsta hip-hop star of an absentee father and a full episode focused on Cheese doing a ride-along with conspiracy theorist lighthorseman Big, added layers of complexity and even mysticism to the winning equation. With only 3 episodes to go this season, I’m glad to know there’s more on the way for 2022.

If you haven’t watched the show yet, check out my previous recaps here and here. I’ll do a full season review after the finale on September 20. If you have Hulu, do yourself a favor and watch this slice-of-life comedy. It’s not as feel-good as Ted Lasso, or as biting as It’s Always Sunny. But it is complex, intelligent, and funny as hell. It succeeds on every level and deserves your full attention.


← Roland Emmerich Destroys The World AGAIN in Moonfall | 'What If?', 'Only Murders In The Building,' And More On Podjiba! →