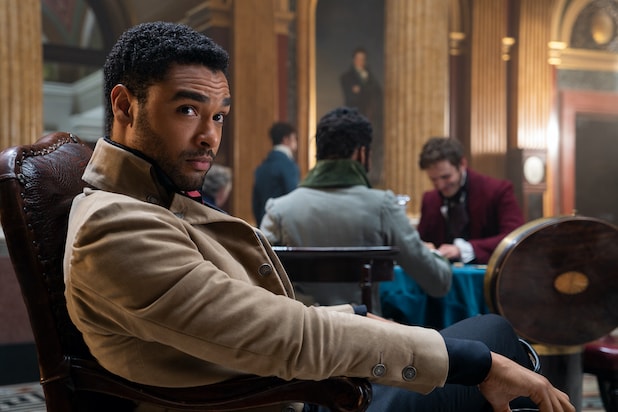 Regé-Jean Page Declined to Return to 'Bridgerton' for All the Right Reasons, the Bastard

Regé-Jean Page will not be returning for the second season of the Netflix mega-hit Bridgerton, but it wasn’t for lack of trying on the part of Netflix. Netflix knows what’s up, and they also know that 40 percent of the reason anyone watched the first season of Bridgerton was to see Regé-Jean Page in various stages of undress.

Alas, Netflix couldn’t even bribe Page to bring back his bare torso for a few season-two episodes, so the streamer would have something to put in the trailers. The service offered him a pay increase to $50,000 per episode, but Page declined, not because he disliked the work, but for “artistic” reasons. The man simply wanted to leave well enough alone. “There is also value in completing these arcs and sticking the landing,” he said in a statement. That’s the thing: His character isn’t in the second novel, so there’s no reason — except for the naughty, naughty needs of his fans — to bring him back.

In fact, one of the reasons that Page was attracted to the Bridgerton offer in the first place was because it was one-and-done. “I get to come in, I get to contribute my bit and then the Bridgerton family rolls on.” Who doesn’t appreciate an actor who declines the money for artistic reasons?

I mean: Also because Page is suddenly also very in demand. He’s signed onto the Dungeons & Dragons movie with Chris Pine, and shooting The Gray Man with Chris Evans, and there are rumors he’s in the running to the be next James Bond. So, $50,000 an episode is probably not as alluring as we might think, especially since — until his next project comes out — to all of Hollywood, he’ll still be the guy who was awesome in Bridgerton.