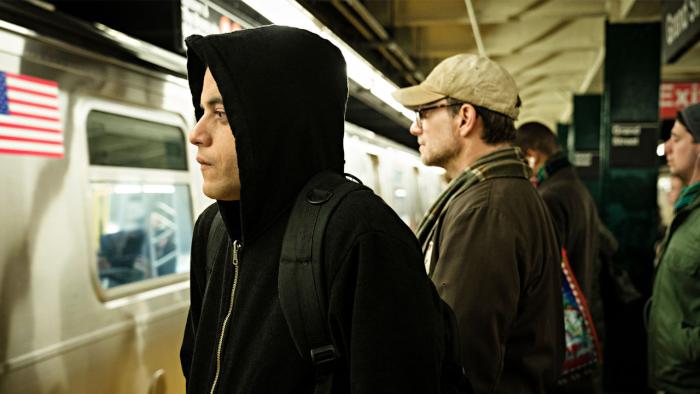 The first season of Mr. Robot was one of my favorite seasons of television this decade, and what I loved about it was that it was saying something while being wrapped up in a fun little mystery about the identity of Mr. Robot that by its nature could only survive for one season. Creator Sam Esmail clearly recognized that viewers were dissecting the first season for clues, and he played hard into the Reddit crowd in season two, but in doing so, made Mr. Robot almost impenetrable — he got so preoccupied with trying to hide details under the leaves that he forgot about the goddamn forest. Season three was almost two years ago, and I barely remember it except that by the end, Whiterose and the Dark Army — using Elliot and a brainwashed Angela — basically reversed the Five/Nine hack and restabilized the markets.

As the fourth season kicks off, we don’t really need to know that much more, because — at least in the premiere — Sam Esmail has simplified things, mindful I suspect that most viewers will have forgotten the events of season three. What matters here is that Whiterose used Angela to reverse the hack, and then Whiterose and the Dark Army — in the season premiere — shot Angela twice in the back of the head and killed her, much to the dismay of Price, who is also evil, but who had a lot of affection for Angela, on account of her being his daughter. RIP, Angela. 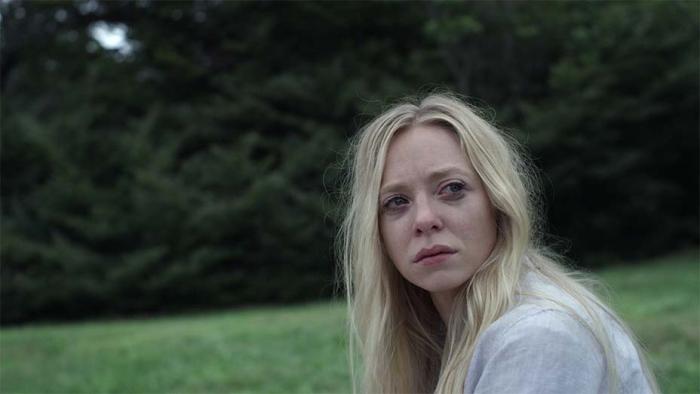 Removing Angela from the equation, however, leaves viewers with one less storyline to follow and gives the season its primary motivator. For Elliot (and Darlene), now it’s about revenge, and that’s something we can all understand. Elliot wants to take down Whiterose and the Dark Army, and in the premiere, the first step toward that goal is blackmailing a lawyer named Freddy Lomax, played by Jake Busey (Esmail, however, is still being cute with his pop-culture references; Jake’s father, Gary Busey, played Eddie Lomax in the legal thriller, The Firm). Elliot has a flash drive containing video of Freddy getting off with a minor during a live-cam session, and he threatens to expose Freddy to his family if Freddy doesn’t play ball. In one of those splendidly intense and well shot Esmail sequences, Elliot guides Freddy through a train station while eluding Dark Army agents. Elliot extracts from Freddy a flash-drive containing all of his clients’ records, which includes WhiteRose, who has done some work with Cyprus National Bank.

That brings Elliot one step closer to Whiterose, but Freddy Lomax is another casualty — once Freddy realizes that Dark Army is onto him and that Elliot cannot protect him, Freddy offs himself. Before Freddy killed himself, however, he gave Elliot a name associated with Whiterose, which led Elliot to a honeypot apartment, where the Dark Army was waiting for him. Esmail, playing a Dark Army agent, injects Elliot with a lethal amount of heroin. RIP, Elliot … except that after seeing his life flash before his eyes and succumbing to death, Price shows up with Narcan and revives him. Price is an evil motherf**ker, but he clearly also wants to avenge Angela’s death and get out from under Whiterose, and he sees Elliot as a tool.

Meanwhile, Darlene is drugged out of her mind and grieving the death of Angela, for which she blames herself, but she also thinks she may still be alive (she definitely is not). Elsewhere, Dom is hiding out at her mom’s house and avoiding the world after the death of Santiago, which she hasn’t told the FBI about yet. However, a Dark Army agent posing as a romantic set-up for Dom lets Dom know that if she doesn’t return to work and clean up the Santiago mess, the DA soldier will kill Dom’s mother. Finally, after his promotion to CTO of E Corp, Tyrell is being hailed as a hero for stabilizing the company and reviving the economy, but Tyrell — who has no actual power at E Corp — has never been more miserable.

— tl;dr Whiterose killed Angela; Elliot, Darlene, and Price want revenge; Dom is returning to work; Tyrell is miserable as CTO of E Corp; Jake Busey is dead; and Mr. Robot is still a confusing plot device that allows Elliot to be in two places at once. You’re all caught up!

— “No Exit” is the title of the episode and the book that Mr. Robot pulls off the shelf in the honeypot apartment. It’s the Sartre book where “hell is other people” comes from, but also a book about three damned souls brought to the same room in Hell.

— Speaking of the Esmail cameo, there was also a very brief one from his wife, Emmy Rossum. 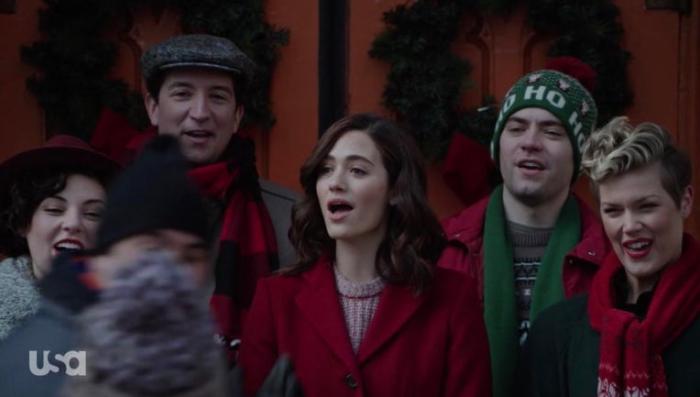 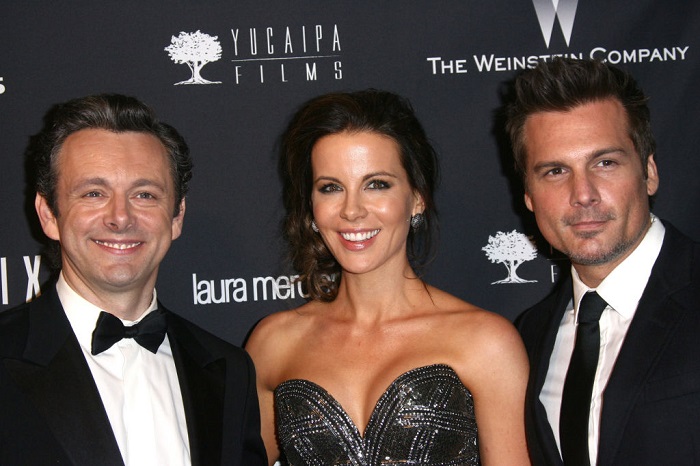