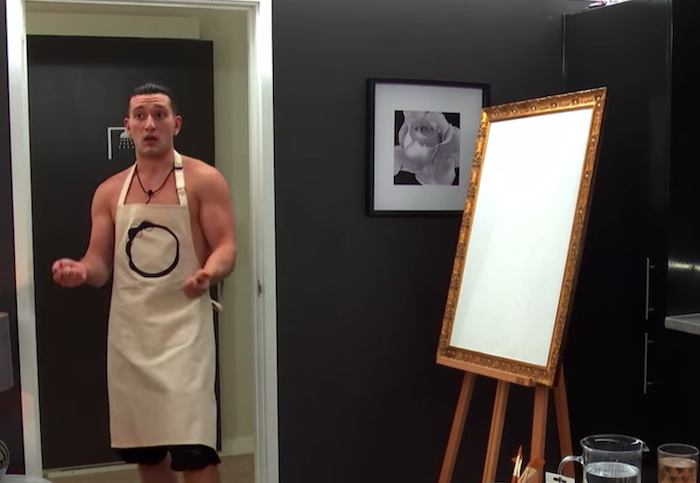 Ranking the Contestants on Netflix’s ‘The Circle’. Who Do We Love? Who Do We Hate?

If you’re not watching The Circle right now on Netflix, you’re missing out on a very sweet, surprisingly pure, reality show. I’m not here today to try to convince you to watch this show. No, that will happen later tonight when you’re awoken out of a deep slumber by harsh wailing outside of your bedroom window, which you will be able to hear over the sound of German death metal. When you look outside, you’ll see me, boom box over my head one-handed-Lloyd-Dobler style blaring said death metal, sobbing at the top of my lungs over the cacophony, “Why won’t you watch The Circle? Why do you make me do this to myself?!” Because yes, I will be hitting myself like Marky Mark in Fear with my non-boom box hand to accompany this scene …

So you know, heads up and all that.

For those of you who do watch the show, we’re here today to talk about the contestants on the show. Who do we like? Who do we hate? Who do we want to win? Spoilers for all 8 episodes of the show below. You’ve been warned!

Can and Should be Blocked

Catch 👏 up 👏 now 👏 and here's a peek at tomorrow's all-new episodes. #TheCircle

OK, so full disclosure, the only contestant I strongly dislike is Adam/Alex. That’s mainly because he came in with the attitude that he was better and smarter than the other contestants in The Circle, and I hate that attitude because I genuinely like these people. I think it was a huge mistake for Shooby to save him over Miranda. I will say that I think that the rest of the group is so good that it makes Adam drop his bullshit occasionally, and just be himself, which is when he is the most likable.

All I can say is, I was pleasantly surprised when Alana was blocked in the first episode. I’m sure I would have grown to like her as well, but…come on now. How many times can you tell us you’re a damn model?

I liked Antonio better than Adam/Alex but they’re two peas in a pod. Antonio clearly thought he was the smartest person in there, and boy did it show in his interactions. What I love about the other players is that they can see through the bullshit very easily, and rather than buy into it, reward genuineness and warmth instead. Bless them. That’s why Antonio was the second to get the boot.

These People Can Be In My Circle Anytime 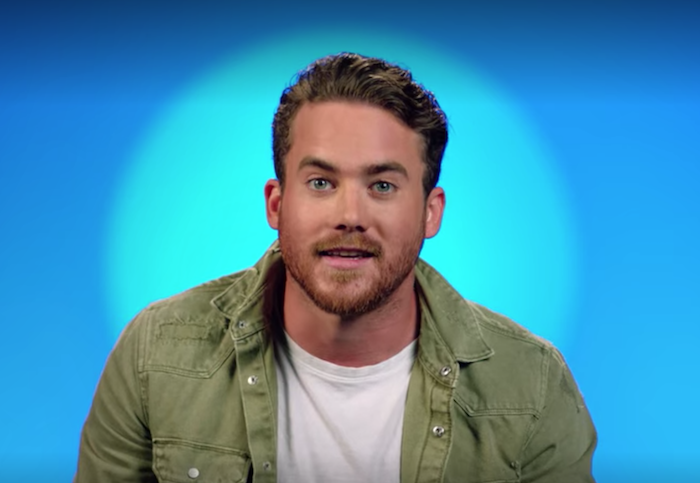 We don’t know a lot about Bill but he would have been my kryptonite at 24, so I am inclined to like him because old habits die hard. Also, he was right about Adam/Alex in his painting. Bill knows what’s up (so far.)

All of us when watching this week's episodes of #TheCircle…

Sean entered into The Circle at the same time Bill did, but I feel like we know more about her, and I love her so much. I really hope she drops the Catfish in the next episode like it was teasing, because who she is, is beyond good enough for anyone else, and I would love to see her compete as herself. She comes across as warm and fun, and was smart enough to know that Chris is the person to becomes friends with so she’s smart, too. Team Sean!

Wondering if Karyn, aka Mercedeze, binged Catfish to prep for The Circle?

I love Karyn/Mercedeze, and I was really bummed to see her go. She was always either reading or cooking some grownup food in her kitchen that looked really good. Her post-block meet up with Chris was incredibly kind and touching, and I just want good things Karyn! Another contestant gone too soon! Why is Adam/Alex STILL there?! 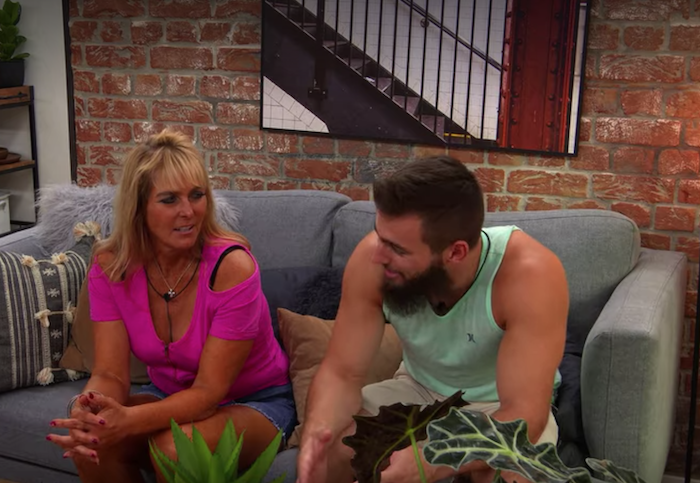 I wanted to dislike Ed because frankly at this stage in the game, I’m not really open to newcomers because they put my favorites at risk, but damn if I don’t really like Ed and his mom, Tammy. I especially appreciate that Tammy calls emojis “emojos.” I very much look forward to her continuing to tell him how to act and how to talk to girls. Tammy is pretty great.

Oh, Miranda. She grew on me, too. I wanted to give her a hug and a cup of tea when she got blocked, even if her kiss with Joey skeeved me out because it was like watching my younger brother make out with someone.

I. Love. Sammie. I’m pretty sure she has a uterus tattoo on her thigh (does anyone else see that when they watch?) and the fact she gives no f*cks and posts pics of her looking extremely hot makes her one of my faves. It seems like Sammie has never had any f*cks to give. I love how she looks out for Shubham when he needs advice. Sammie is a good egg, and I will not be mad at all if she wins the whole she-bang.

A catfishing gent who’s got jokes… and looks? Yes, please.

I would watch an entire show of just Seaburn in his apartment alone during this show. The way he is constantly on the edge of giving away the fact that he is not “Rebecca” by saying really weird things like asking the other girls in a group chat if they think Chris is hot, or trying to engage in period/cramps talk and saying “Only my left side really hurts.” It’s a thing of beauty. That man is clearly living his best life in his onesie with his giant stuffed bear, and I live for the “relationship” talks he/she has with Shooby, because it is so innocent and gentle. I love Seaburn.

Look, he made the wrong call by voting for Adam/Alex over Miranda, and he is definitely playing the game more than when he came into The Circle, but Shubham is still one of my favorites. Watching him become accepted by the other contestants in The Circle was pure joy, and it’s so sweet to see Shooby interact with his people. Especially Joey. That bromance is divine. Has anyone else noticed that they both profess their love for each other, via magnets, on the backsplash of their stove? #RelationshipGoals

I wanted to hate him so much in episode 1, but this mama’s boy who talks like he’s spitting his consonants out is one of my absolute favorite contestants on the show. THIS GUY! The guy who YELLS a LOT! I love him. The bromance with Shooby. The way he awkwardly speaks to the other women while trying to be sexy (Miranda basically cheated to get that purple pepper emojo out of him, y’all.) I absolutely love Joey. Although I’m a little disappointed in him that he didn’t even try with his portrait in the last episode, and just painted words instead of a face because we all know his picture of Ed would have been a thing of beauty.

The Winner (In My Heart, At Least)

I want Chris to win. He is kind, entertaining, and my favorite thing about him is that he is genteel at (almost) all times, but when you say something to him that meets him exactly on his level, the genteelness is gone and the “real” Chris comes out. It’s great—he has played the game beautifully, and perhaps most importantly, he needs that money to fix the windows in his mom’s house, OK? Chris for the win!

We’ll find out next week if my beloved Chris takes home the top prize, and there will most definitely be a post about the winner, so stayed tuned everyone. In the meantime: Shooby + Joey 4Eva!