For the six of you too young to remember cable television in the aughts, it brought us truly great entertainment. There’s the usual suspects everyone thinks of when the period is mentioned; The Wire, Sopranos, Breaking Bad, and so on. Really, some fantastic character development and truly gripping storylines. It was an amazing time to be alive if you wanted to watch middle-aged men have emotional crises while running their criminal empires.

But I get plenty of anxiety from the real world. I don’t need it in my entertainment too. I turned instead to the shelter of basic cable and all its glorious options. Mythbusters brought science and explosions. Dirty Jobs shared slices of blue-collar lives before Mike Rowe climbed up his own ass. The Food Network actually taught you to cook! And the entertainment utopia that was USA Network provided all the mindless fiction one could ask for. Series after series of hour-long dramedies populated by pretty people and all the depth of a highway heat mirage. They were the television equivalent of summer beach reads. The stakes couldn’t be lower without going subterranean. We had Burn Notice. White Collar. In Plain Sight. The 4400. (Dustin’s best pre-Manifest love\hate relationship, Suits, began in 2011). I don’t know why these cotton candy shows were so ubiquitous during the period. If I were more pretentious I’d hypothesize the psychic scarring of 9/11 and a bunch of our friends fighting in the Middle East for the vaguest of goals made us long for simple problems with simple solutions, but honestly, I have no idea. At the end of the show, no matter the danger, the mystery was solved and everyone I cared about survived. The villain was the guest star I almost recognize from that other show, you know the one, it’s on the tip of my tongue. I could miss an entire season without consequence because nothing mattered and it was magnificent. And atop this hill of nonsensical plots, gorgeous people, and primary colors stood Psych, the best procedural about emotionally stunted man-children pretending to be psychic detectives ever made. 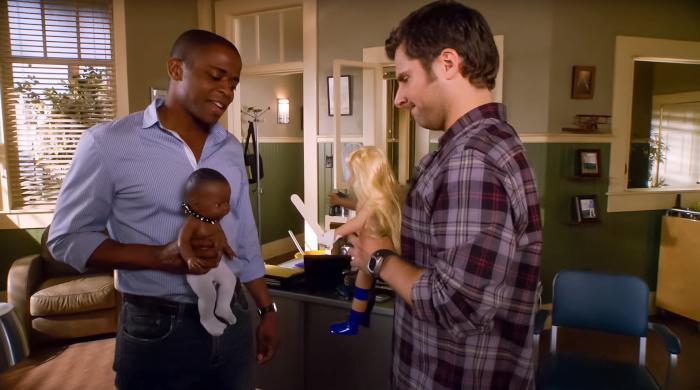 Psych’s success was predicated entirely on two things: its cast’s charisma and the quality of its dialogue. It sure wasn’t because of the plots. All due respect to the writers, but most of the mysteries made no sense. Shawn usually solved things in the third act by pulling some random piece of evidence from thin air. The less said about the recurring “Mr. Yang” serial killer case the better, because yikes. The show was basically Scooby-Doo without the dog. But man, that cast. 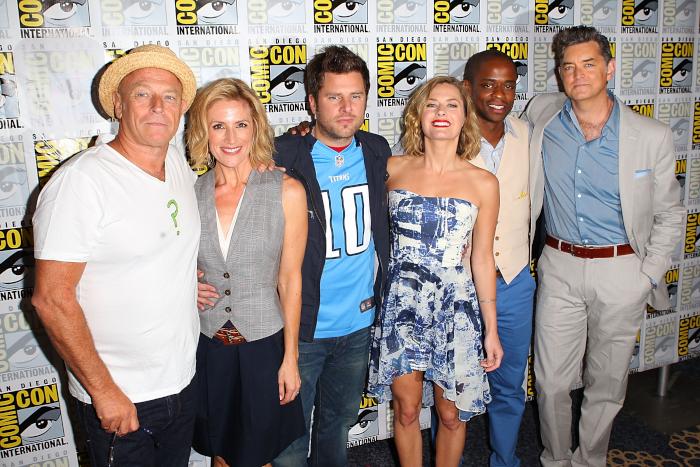 James Roday Rodriguez, the Mexican-American actor who started using his birth name again last year (although I’ve heard it both ways), embodied Shawn Spencer. He was smart but childish, resentful of his father’s heavy-handed parenting style sucking all the joy out of his mental gifts. He’d have made a brilliant police detective, except he loathes authority and would rather saw his own limbs off than put on a police uniform. Corbin Bernsen’s performance as father Henry was proud of and exasperated by his son in equal measure, and always had some words of wisdom Shawn reluctantly used to solve that week’s case. Maggie Lawson’s Juliet O’Hara smiled like sunshine and brought life to every scene she was in. Juliet fell for Shawn’s routine for far too long, but she refused to let him give in to his own laziness. Kirsten Nelson’s brisk Captain Vick keeps her team on track and provides her own moments of comic levity. And Timothy Omundson is pitch-perfect as Carlton Lassiter, the no-nonsense, by-the-book cop who suspected Shawn was faking it but relaxed his pride just enough to let Shawn help him catch the bad guys. To be fair, Lassiter’s desire to simplify matters by shooting all the suspects played a lot more innocently in 2007 than it does today. Omundson’s capacity for dead-pan expressions made him an excellent foil and belied his own brilliant comedic and musical chops (RIP Galavant). 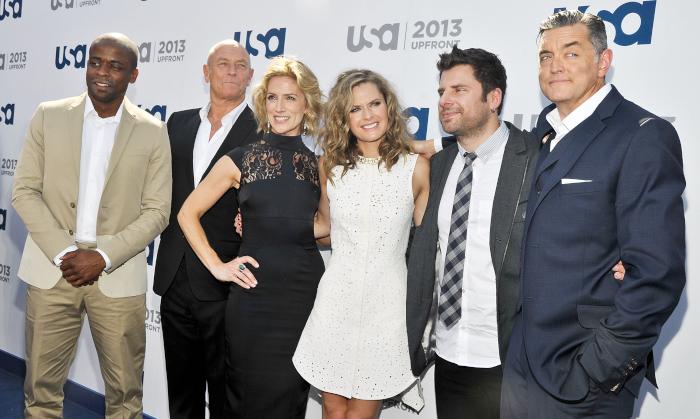 And then there’s Dulé Hill.

Maybe it’s because he’s been acting since 1988 and still looks 30. Maybe it’s because he’s been in everything. But Burton “Did you hear about Pluto?” Guster is simply the best part of every scene he is in. Especially in the later seasons when he’s no longer required to simply push back against everything Shawn says, he owns every scene. Hill’s facial expressions alone make Psych one of the most giffable shows out there.

More than anything though it’s the dynamic between Shawn and Gus that made the show special. More than the funny nicknames or the hidden pineapple, it was about watching Rodriguez and Hill play off one another. I’d just as happily spend 45 minutes watching them bicker in the office as solve a case. Like Abbott and Costello or Braff and Faison, their natural rhythm makes it seem easy. Playing friends inseparable since childhood allowed the insults to flow naturally, and there’s never any question that they’ll always have one another’s backs. They’re apparently friends in real life, so that can’t hurt.

It’s not a perfect show. There are some real clunkers in there, usually around a multiple-episode story arc. Not to beat a dead horse, but the Mr. Yang story in particular was weird and never meshed with the rest of the show. On the other hand, the recurring guest stars were great! Carey Elwes as dapper art thief Pierre Despereaux fit in perfectly. Cybill Shepherd as Shawn’s mom Madeline also made the most of her appearances. But there are other flaws. Juliet’s naivete feels overdone in 2021. There are a few racially-tinged jokes, like when Shawn gave Gus a nickname with a number of clicks in it that make me wince now. Fortunately, these moments are few and far between. At least so far; I’m due for another rewatch.

The two Psych movies carried the same vibe, though perhaps a bit of the shine has worn off. The first, cleverly titled Psych: The Movie, feels jumbled. All the pieces are there but there’s no glue holding them together. Perhaps it’s the almost total absence of Det. Lassiter, as Timothy Omundson recovered from a devastating stroke. Knowing why he isn’t present strips away some of the illusion of easily solvable problems and characters immune from harm. By comparison Psych 2: Lassie Come Home is a reunion with old friends where no one voted for Trump and everyone gets along. There’s a lot of fan service — I think a drinking game revolving around catchphrases would lead to alcohol poisoning — but I’d swear you can feel the relief from his fellow cast members every time they interact with Omundson. I felt it myself when Carlton stood up and walked over to his wife. And if you think I’m ashamed that I cried a little, you must be out of your damn mind.

There’s a third movie coming next year, This is Gus. I hope it lives up to the name; Big Head Burton deserves the spotlight. I suspect this is the last one, though hopefully if the spark is still there the cast keeps going. The world is full of dark, navel-gazing television, usually with a celebrity attached who in decades previous would’ve been considered too big for the small screen. And that’s fine if it’s your thing. Give me the sun-dappled streets of Santa Barbara where the criminals are inept, the cops aren’t crooked, and any crisis is solved in under an hour.

Finally, allow me to leave you with this supercut containing all of Burton “Felicia Fancybottom” Guster’s fabulous nicknames. I promise you’ve got nothing better to do for the next 9 minutes.