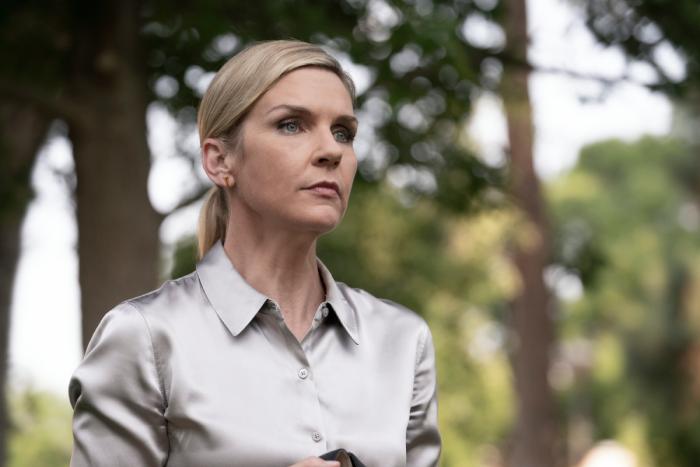 It’s not a secret that Peter Gould and Vince Gilligan are known for toying around with episode titles, with methods changing from season to season. One season’s titles may only be linked via internal alliteration, while another season may get a more elaborate treatment, like how the first letter of each episode in the second season of Better Call Saul was an anagram announcing the appearance of Gus Fring (one fans quickly figured out to Gould and Gilligan’s amazement).

This final season is far more straightforward, with the last few episodes referencing a notable scene within each of them. The episode. “Black and Blue” featured a boxing match at the center of it. In the following episode, we watched as Lalo Salamanca literally cut down a man with his own axe in the aptly titled “Axe and Grind.” But despite the emerging pattern of blatant foreshadowing, many of us were still caught completely unawares by a midseason finale with the word “execution” in the title.

Most of the episode’s hour is dedicated to the plan (the first half of the finale’s title), the culmination of what Jimmy and Kim have been working on for so long, finally being revealed at last. It’s no wonder Kim was willing to make such a large personal sacrifice to personally see it through: it’s so elaborate and such a huge payoff that it was destined to be the crown jewel in the couple’s shiny array of cons with one another. But the payoff is more than about the money, it’s about embarrassing Howard.

Whether it was for her or Jimmy’s benefit, framing the fallout on Howard as little more than a temporary setback was enormously dishonest. He may still have been able to practice law at the firm that has his name on the building, but when it comes to the esteem of everyone in your field, there’s really no coming back from a sweaty rant at a multi-million dollar mediation in which you accuse the well-regarded man overseeing the proceedings of being bought by your worst enemy.

Jimmy knew it, which explains his occasional moments of reticence over the scheme, but for Kim, Howard’s utter humiliation may be even more worthwhile than the huge payout. She can always get money, but screwing over the man she resents more than possibly anyone in the entire world is priceless. Any thought given to the perception that this can be summed up as just a mean prank is gone once we see Kim and Jimmy begin making love in the background while the Cliff delivers the settlement spiel. This is beyond mere criminal mischief or “breaking bad,” this is approaching pathological. It’s the moment where we can no longer simply hope for Kim to right herself of her own free will. We can now only hold out for some incident with limited consequences to make her reevaluate her life choices. Unfortunately, that incident has likely come in the form of the “execution,” which so cruelly happens in the episode’s final minute. 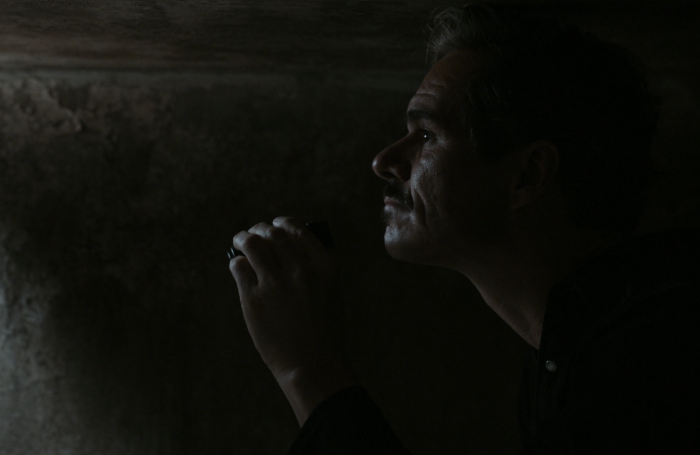 There were many ideas of what Howard’s fate would be, but few could have imagined it would happen quite like this. Tonally, the episode was a roller coaster, starting with the quiet menace of Lalo creeping in the sewer system, peering out of the gutter like a dashing Pennywise. From there, the show whiplashes to Jimmy scrambling to salvage D-Day. We begin to see the plan come into action as Kim, Jimmy, and his go-to film crew—the lovely makeup artist played by Hayley Holmes dressed as Kira the Gelfling is an especially nice touch—buzz around their Casimiro stand-in, Lenny (John Ennis, a familiar face to Mr. Show fans, as well as the father of Jesse Ennis who plays Erin Brill), in a last-ditch effort to take new pictures.

Between the repeated arc shot, the simulated oner, and the rapid dialogue, I couldn’t help but be reminded of the iconic “Charlie Work” episode of It’s Always Sunny in Philadelphia. But the next step for those pictures is unclear until Jimmy throws them into a vehicle driven by none other than the private detective, Genidowski (Lennie Loftin), that Howard hired (I KNEW the picture of Jimmy withdrawing 20K was much too convenient). The mystery of how Jimmy and Kim were going to administer whatever it was they procured at the veterinarian’s office is answered the moment Howard rubs his fingers together after handling the pictures.

What happens next is the most painful work-related meltdown since Jimmy made a fool of Chuck in the season three episode “Chicanery.” Howard’s interrogation of Casimiro (John Posey) is bad enough—never was there a more highly recommended sidebar than the one Cliff requests of Howard—but once the substituted pictures are displayed for everyone to see, and Howard grows increasingly more manic, the once cordial proceedings turns into a slow-motion car wreck. “Is this how these usually go?” Bless your heart, Irene (Jean Effron making a welcomed return to the series).

Howard quickly makes a surprisingly accurate assessment of everything that just happened but none of it matters. There’s no longer any question of haggling over the settlement offer. As far as HHM and Cliff Main go, I’m not sorry to see them not make an extra dozen or so million, especially when it comes to the fact that, as Cliff himself points out, it’s best for the clients’ needs. However, I feel nothing but empathy for Howard who, for all of his preening and slight unctuousness, is a decent man and deserves neither the embarrassment stemming from that calamitous mediation session or his violent death.

The severity of the comparison aside, Howard isn’t wrong when he equates Kim and Jimmy with Leopold and Loeb, the two young men in who, in 1924, committed a murder in an attempt to pull the “perfect crime” to display their intellectual prowess. In fact, many of the observations he levels at the two are, while harsh, fairly accurate. They’re not “soulless” by any means, but there’s certainly something inside of Kim that fuels her thirst to get one over on other people. There’s no use trying to pretend it’s all done for a noble purpose; it turns her on in more ways than one, and even she seems to no longer feel compelled to deny it.

I would say it’s too bad about the unlocked door Howard left behind him, though I don’t think for a moment that would have dissuaded Lalo from making his way inside that apartment. It’s a classic case of “wrong place, wrong time,” and the moment Lalo pulls the gun out of his pocket (or maybe when the flame on that candle ominously flickered), we knew exactly what was to become of Howard. Lalo wordlessly shooting him in the head is a far more dramatic end than what I had imagined, but when dealing with a Salamanca, it’s the most likely one. If only Kim had taken Jimmy’s recommendation in the first place and simply pretended as if they weren’t home.

If Kim’s soul was compromised before, seeing Howard executed will almost certainly be what ultimately breaks it. Between being indirectly responsible for his death—something neither of them ever wanted-and what will surely be a reckoning between her and Jimmy, due to Kim withholding the knowledge that Lalo’s alive, we’re now seeing the beginning of the end for these two lovers. There’s some speculation that we may yet see Kim beyond the events of Breaking Bad, but as of now, I’m solely preoccupied with watching the inevitable rift between the pair. We’ll have to wait until July 11th to see the fallout from Howard’s death, the imminent standoff between Lalo and Gus, and, most importantly, the completion of Jimmy McGill’s transformation into Saul Goodman.


← Season Two of 'Flight Attendant' Is Driven by Strong Characters and a Messy Plot [Spoilers] | 'Obi-Wan Kenobi,' You Were the Chosen One! →