Perry Mason ended Sunday night with “Chapter 8,” a finale that might have displeased you if you were a fan of the original series with Raymond Burr. Matthew Rhys’s Perry doesn’t end up talking anyone into a confession on the stand; in fact, Justin Kirk’s assistant district attorney Hamilton Burger mocks the idea outright. Perry didn’t end up flat-out winning the case in defense of Emily Dodson (Gayle Rankin), which ends in a mistrial; instead, we learn that he and associate Pete Strickland (my beloved Shea Whigham! I still had to look up his character name!) bribed a member of the jury to be a holdout. As the viewing audience, we know the connections that Perry brought forth between the Radiant Assembly of God church, of which Emily was a member, and the LAPD, who were involved in a scheme that murdered her son Charlie, but that link is mostly dropped in the show. 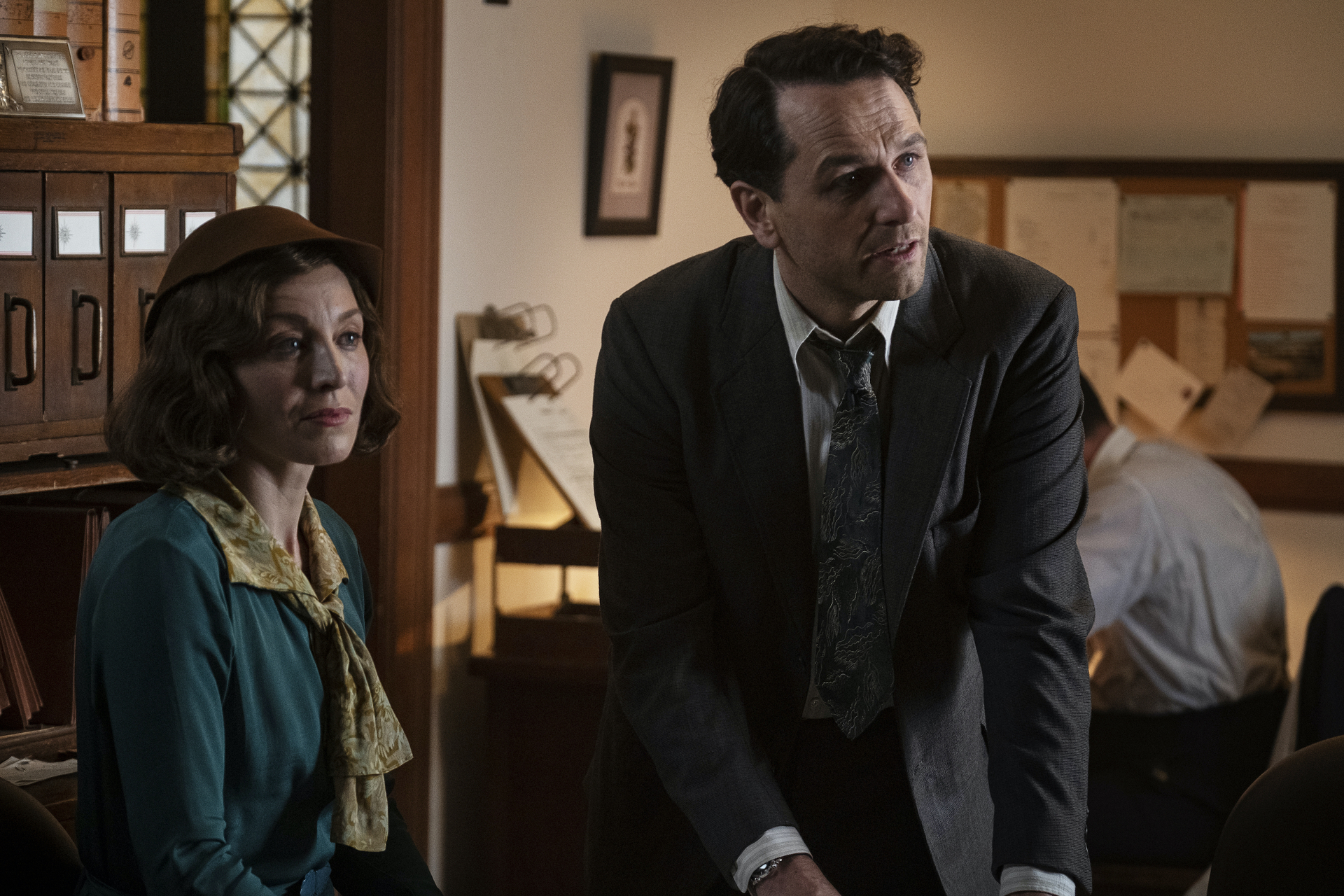 In my piece last week, I wrote of this first season of Perry Mason, “I am really here for another piece of media that underscores how certain institutions of power cling to their superiority in the worst ways,” but in its conclusion, the show doesn’t exactly further that idea within its own universe. Perry knows these institutions are corrupt, and we know these institutions are corrupt, but there’s no additional attempt to bring them down together. Burger goes after the church’s finances. Perry gets to punch the murdering Ennis (Andrew Howard) in the face before Ennis is himself murdered by his cop partner Gene Holcomb (Eric Lange) as a way to tie up loose ends. It feels like Perry Mason could have gone grander in that finale, but the victories here are mostly about setting up next season. We learn that Perry did in fact convince two other jurors of Emily’s innocence. We learn that Pete will be leaving Perry to work for Burger, but Perry does set up shop with the whipsmart and infinitely resourceful Della (Juliet Rylance), who is getting Perry to pay for her law school, and former beat cop Paul Drake (Chris Chalk), who chooses between the Black and blue and leaves the force. And we learn that Perry’s affection for John Lithgow’s E.B. continues, thanks to his use of E.B.’s old briefcase, and that Perry’s animosity toward former lover Lupe (Veronica Falcón) has somewhat cooled; he actually looks ashamed when Lupe breaks down for him how much harder she has it as a female pilot who happens to be Mexican.

Some of the best moments of Perry Mason this season have come from others calling Perry on his own privilege: Drake, giving Perry side eye when he lamented losing his father’s farm, and pointing out how his father could never own land, and Della, when Perry complains about her loyalty to Emily (and actually, Della should have slapped Perry in the face in the finale when he mocked her relationship with Molly Ephraim’s Hazel). I’ve liked all that! But what has remained confusing to me about this season of Perry Mason, and what I can’t quite figure out, is Tatiana Maslany’s Sister Alice, her beliefs about herself, and her role in the running of the Assembly of God. The episode’s final scene, when Perry tracks down the absconded Alice and asks her about leaving the church behind, didn’t land for me because I’m not sure we’ve ever really known Sister Alice, and her participation in the church’s villainy has never been exactly clear. I’m not sure this show has ever known what to do with Maslany.

The Sister Alice character, who is based on the real-life celebrity evangelist Sister Aimee of the 1920s and 1930s, has been a cypher throughout on whom the show has spent a lot of time. We’ve seen her lead her passionately devoted congregation, perform on a radio show, and encourage a man in a wheelchair to have faith in God and walk (and he does, for a short time). We’ve seen her suffer a seizure and speak in tongues. We’ve seen the reveal of her abuse at her mother Birdy’s hand (Lili Taylor), and we’ve seen her connection with Emily Dodson, and how they seem to share a certain weariness and exhaustion with the world around them, and we saw her seem to truly believe that she could bring back Charlie from the dead. We’ve seen so much of Alice, but I’m not sure we have any real idea of what motivates her, what inspires her. Was she a true believer? She had to suspect that her mother was using her in her endless quest for bigger houses and more things and new congregations. If she was a true believer, why flee at the appearance of the baby that Birdy claimed to be Charlie? She tells Perry, a little cheekily, that she did in fact perform a miracle because of the baby’s presence. But was that sincere? And did anyone buy that these two people, Perry and Alice, would have a heart to heart about loneliness? Given how irrelevant Alice was during the final days of Emily’s trial, and how outside of the scheme with Elder Eric Seidel (Taylor Nichols) she seemed, I just couldn’t understand Perry’s continued interest in her—or his willingness to say they had anything in common. 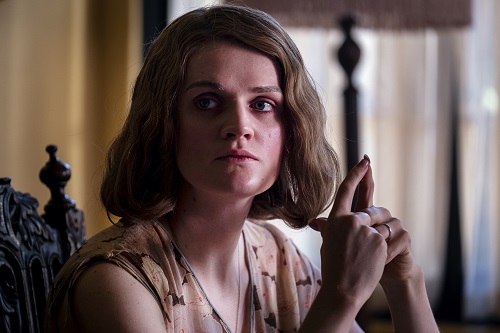 You can very well make the argument that my questions about Sister Alice’s genuineness don’t matter, because she is a performer who was used to compartmentalizing certain elements of herself, and perhaps her artifice is the point. Maybe! But I think it’s a failure of the show that we know so little about Sister Alice’s own motivations by the end of a season that has devoted so much to her, in particular because Birdy becomes such a clear villain. Birdy is, frankly, a monster, an opportunist who took advantage of her daughter for years and then, with a deeply terrifying ease, took advantage of Emily Dodson, too. There is no more upsetting image in the entire show than Emily Dodson with that mysterious baby on her lap, a baby she has decided to accept is her reborn son, operating alongside Birdy in search of a new group of believers. Yes, seeing little Charlie with his eyes sewn open was horrific. But there is a level of tragedy to how broken Emily now is, and how desperate she is for love and affection that she’ll still stand alongside people who were undoubtedly involved in her son’s killing, that scares me more. Emily slid right into serving as Birdy’s replacement daughter without a second thought. It’s depressing to see how much of this version of “faith” is transactional: Birdy replaces Alice with Emily; Emily replaces Charlie with this new baby; and both of them present themselves as beneficiaries of God’s grace, and representatives of his teachings. It’s very unnerving! I am still unsettled by it!

I don’t think you can swing any higher than taking on the church and the cops, and so I’m curious how the second season of Perry Mason shapes up—how do you go bigger than this? Or do you scale down the storytelling for the second season, retaining a season-long arc but perhaps paring down how convoluted this one often was? I understand from people more familiar with the movies and the Burr show that Eva Griffin, who has an appointment with Perry at the end of “Chapter 8,” was the focus of the very first Erle Stanley Gardner novel about the lawyer. Maybe this is just a throwaway Easter Egg? Or maybe we should remember the name for when the second season of Perry Mason starts filming? Either way, I can’t lie to you. As long as Matthew Rhys is righteously yelling about something, I’ll keep watching.

The first season of Perry Mason is available through HBO. 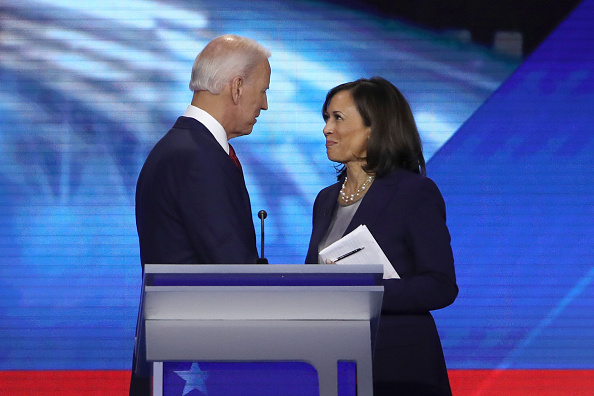