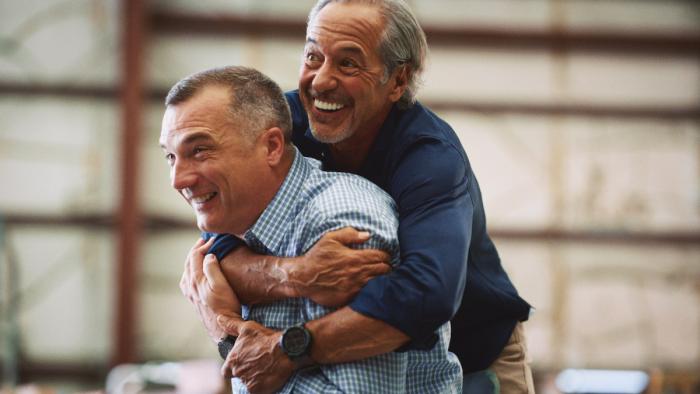 ‘Pepsi, Where’s My Jet?’ Is Exactly the Kind of Thing Netflix Should be Making

Streamers haven’t all had trouble finding their footing, but their identities are somewhat in flux. Netflix, though they’ve sometimes split up releases with their bigger titles like Stranger Things, is mostly built on the binge model. That means an entire season of a show at once, ready for rapid consumption, and now even an original movie every week. For better or for worse, Netflix has bolstered a subsection of media that’s quickly consumable above anything else. Following the immense success of Making a Murderer, the streamer began releasing more true crime and docs about wild stories, dropping them quickly and trying to keep up with demand. Some made for good chatter, some were lockdown phenomenons, and some were busts, but all suggested that sensational real-life stories might not be right for bingeable watercooler shows. Enter Pepsi, Where’s My Jet. Produced elsewhere and distributed by Netflix, this bombastic and incredible docuseries is exactly the thing that the streamer should be showing.

Whatever your take on true crime, there’s a conversation to be had about it. At the minimum, victims of these stories deserve better than having their images sprawled across the screen set to intense music while audiences glance at it over their frozen dinner. Not all documentaries and true crime stories are created equally. When streamers latched onto the trend, rapidly trying to keep up with the speedy consumption of bingeable shows, trashy and extra-disrespectful true crime became the norm, and bored and locked down viewers became armchair detectives that made internet memes accusing people of murder. So what’s the medium between watchable noise and sensational stories? Pepsi, Where’s My Jet?.

You might already know this story if you have a clear recollection of the 90s, studied law in the US, or have read the Wikipedia page, but Pepsi, Where’s My Jet? isn’t trading in the deep facets of a legal case. It’s a flashy doc about a larger-than-life story that gets a few hours of easy-to-watch television out of a wild tale. The would-be David in this Goliath story is John Leonard, who was a scrappy twenty-something in the mid-90s looking for a business deal (read: get rich quick scheme) to change his life. After seeing a Pepsi commercial advertising a points-for-swag promotion, Leonard became set on the idea that he could gather enough points to score himself a thirty-two million dollar military plane. On his journey, he drags in wild characters like his pal, Todd Hoffman, their lawyer, and some other characters best left as a surprise. The story is wild, silly, and filled with relics of pre-aughts nostalgia, and most importantly, it’s low stakes and arguably, victimless. By choosing to focus on a core friendship and turning this into a character study, director Andrew Renzi created something that adds more context to an old story without leaning on fantastical suggestions or exposing grim imagery.

That’s not to say this series is pure junk food. It explores heavier subject matter in the back half when it discusses a related story about a failed Pepsi promotion in the Philippines. While that story has very real victims, it’s included here for important context and not for extra exploitation. By including it, the story makes sure to do more than just paint a picture of Leonard and his pals, it still does a documentary’s job and makes a comment on Western supremacy, capitalism, politics, power, the legal system, and how we tend to consume news stories about people who take on multinational corporations (McDonald’s hot coffee, anyone?).

Renzi’s style has so much fun with the story, using a candid Pepsi challenge to open all of the interviews, and often panning past his own talking head shots to add background context to tear down a lot of the documentary walls. He adds dramatizations and graphics and has a license to have fun without it being tasteless. It works when the story is as low stakes as this and allows for twists and beats to leave you “hootin’ and hollerin’” over a documentary.

Streaming shows and movies don’t often have to meet the “theatrical” threshold and just need to be there. In 2018, Netflix surprise dropped The Cloverfield Paradox showing that sometimes a movie doesn’t need to be anything more than available for consumption. In the years since 2018, streaming has been competitive and allowed for incredible titles to get in front of larger audiences, some streamers investing in amazing features. But Netflix still seems to trade in watchable Content, even backwardly showing its cards by releasing their exclusive Glass Onion in theaters to much success. Aside from some of the biggies, Netflix thrives in background noise and that’s why this docuseries works. It’s bingeable, it’s light, it has a blast with a true story, and is far less likely to result in people dressing up as murderers for Halloween.