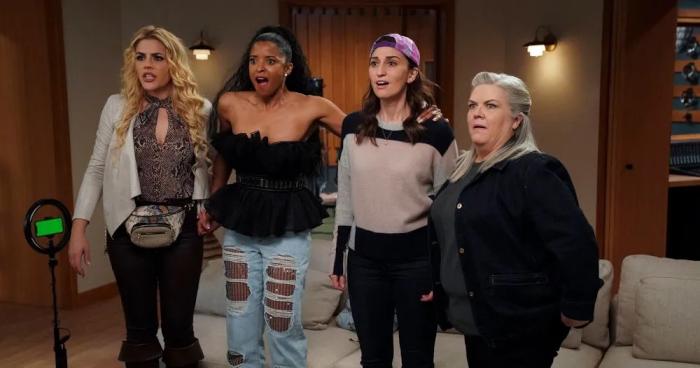 All Hail B.P.E.: Peacock's Best Sitcom Is Moving to Netflix

We pondered yesterday whether Rian Johnson’s forthcoming Poker Face could be the series that finally puts the fledgling streaming network on the map. My hope, anyway, was that a show like Poker Face could not only save Peacock but get more eyes on the smattering of decent series on the streaming network, like The Resort, We Are Lady Parts, and the spectacular Girls5Eva.

Alas, Poker Face will not prevent Girls5Eva from languishing in streaming purgatory (also known as Peacock), but the series will do one better: It’s moving to Netflix. The streamer has picked up the Meredith Scardino series — produced by Tina Fey and Robert Carlock — and taking it to the major leagues. Netflix will also get the rights to license the first two seasons (which will remain available to stream on Peacock), while gaining exclusive rights to the third season.

The move also illustrates the power of networking. Via The Hollywood Reporter:

Sources also note that Netflix head of comedy Tracey Pakosta originally wanted to buy Girls5eva for NBC when she, alongside Lisa Katz, served as co-presidents of scripted for the broadcast network. Ultimately, the project was earmarked for Peacock and Pakosta, a former Universal TV comedy exec, wound up leaving NBCU to reunite for Bajaria at Netflix.

“We are so happy to bring Girls5eva to Netflix,” said Pakosta, vp comedy at Netflix. “Just like the show, we are so excited to reunite with this amazing team.”

The series, which stars Sara Bareilles, Renée Elise Goldsberry, Paula Pell, and Busy Philipps, deserved better than Peacock, anyway, just for that phenomenal Property Brothers cameo alone. The move, for Netflix and Girls5Eva, illustrates some real B.P.E., and I think it’s going to be a huge hit for the streamer.