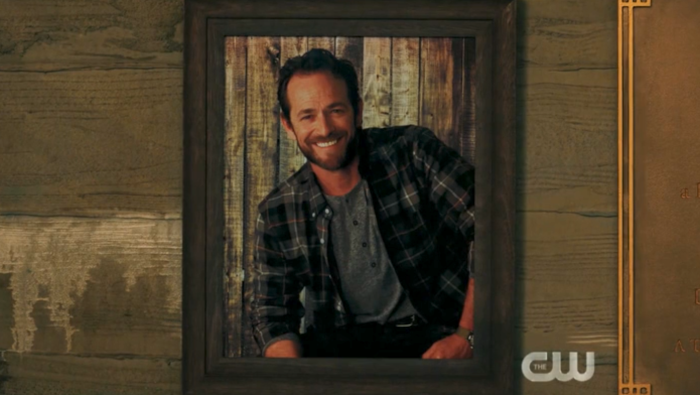 Out of Context 'Riverdale': Cheryl Balks at Cannibalism

I’ve been trying to hone in on an approach to covering Riverdale weekly that might be fun but also doesn’t take much time, because Riverdale doesn’t warrant that much time. I think that the majority of the people here who read these recaps do not actually watch Riverdale, so the fun is in seeing what happens each week without any context. It doesn’t make a lot more sense with context, but I will continue to provide the brief descriptions of each storyline without providing any of the context that grounds the actions of the characters in the Riverdale universe.

Betty visits Jughead at his prep school over Thanksgiving break, and the two investigate Mr. Chipping’s suicide, finding evidence of murder. Before they can inform the administration, however, Jughead’s classmate Donna reframes it as a suicide by confessing to an affair with Chipping.

After being released from prison for serial murder and being a drug kingpin, Hiram announces his candidacy for mayor, runs unopposed, and is inaugurated in two-weeks time. His first act? Shut down Archie’s community center because Dodger’s nearly dead body — planted by Hiram — was found outside of it.

Archie ignores Mayor Lodge’s command and hosts a Thanksgiving feast for Riverdale’s underprivileged, but is interrupted by Dodger’s family, looking for revenge. They’re thwarted by Molly Ringwald and the ghost of Luke Perry exploding a turkey. The community center is dedicated to Fred Andrews.

In the only storyline that actually matters on Riverdale, Toni and Cheryl devise a plan to get rid of Cheryl’s snooping aunt and dispose of the body of Cheryl’s uncle, whom Toni killed last week. They make a Thanksgiving feast and convince the aunt that they ate the uncle. Cheryl then blackmails the aunt into leaving by threatening to have her arrested for cannibalism, which is an insane scheme that weirdly overlooks the fact that Toni murdered the uncle. It works. The aunt leaves. Unfortunately, it is revealed that Cheryl did not actually feed her uncle to the aunt, just dumped him into the frozen Sweetwater river and served lamb. Boo.

However, Julian — the ghost of the twin brother that Cheryl ate in utero — continues to haunt them from inside a doll after a failed attempt to exorcise Julian by drowning it in a bathtub. 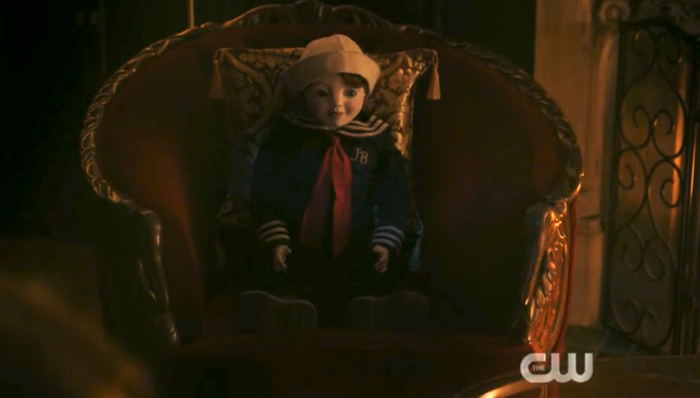 ← The Cold Comfort of 'The Crown' Amidst Political Instability | Todd Phillips Denies 'Joker 2' Reports, Says There's No Contract or Even a Script →