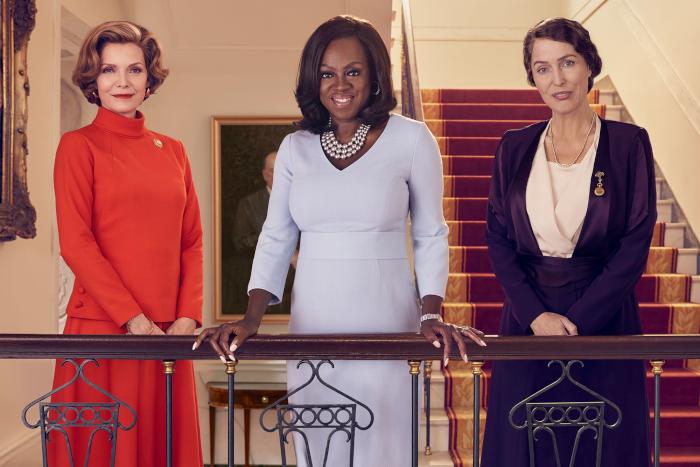 One 'First' Cancelled by Showtime, and Another 'First' Killed by Netflix

Showtime has canceled its lackluster series The First Lady after one season. Despite some interesting history and a remarkable cast — Viola Davis, Michelle Pfeiffer, and Gillian Anderson (among others) — the most attention the series ever seemed to get was when Davis hit back at those who criticized her depiction of Michelle Obama. It looked like a prestige television series created to attract awards, but the writing was subpar and interest in the series fizzled out. Anderson, Davis, and Pfeiffer, I suspect, will have little problem keeping their schedules full.

Outside of the upstart Yellowjackets and the long-in-the-tooth Billions, Showtime seems to be struggling, although it has Jon Bernthal’s American Gigolo on tap for September and a Let the Right One In series for the following month.

Meanwhile, over on Netflix, they have axed their vampire series First Kill after one season. Despite a compelling premise — a vampire hunter (Imani Lewis) falling in love with a vampire (Sarah Catherine Hook) — the series never made much of a dent. It debuted at number three on Netflix’s top 10 TV chart, fell to number 9 the next week, and then faded, although it did manage to clear 100 million hours viewed in its first month. That, however, was not good enough for that almighty algorithm, which sent the vampire series packing. Mediocre reviews probably didn’t help.