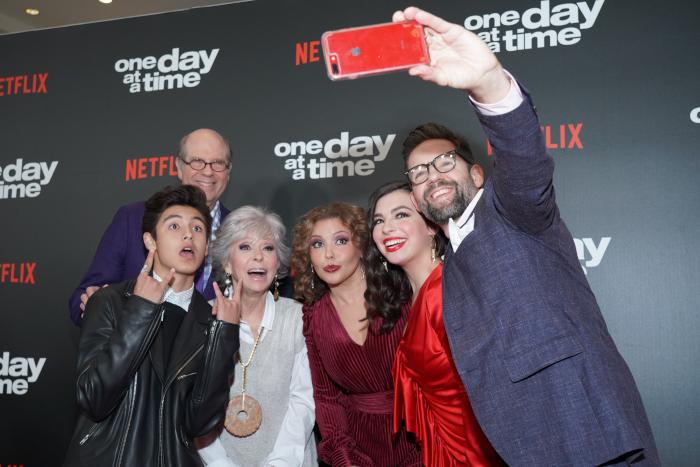 One of the worst things about abrupt cancelations is the lack of closure. What will happen to the characters? Does the story end on an ambiguous note or is everything wrapped up in a neat enough bow? We may have the answers to those questions for One Day at a Time despite its most recent cancelation. Sort of.

One Day at a Time had a streak of bad luck that led to two different cancelations. The first happened at Netflix, where the beloved sitcom was axed after just three seasons. Social media outcry helped land the series at Pop TV, the home of Schitt’s Creek. However, any happiness for a Season 4 pickup was quickly squandered after yet another cancelation. This show couldn’t catch a break. There’s also the fact that the show didn’t even get to wrap filming due to COVID shutting down production, so the rest of the episodes planned (and already written) for the season will never see the light of day.

One Day at a Time showrunner Gloria Calderón Kellett fought hard to keep the show going for a long time. Now that it’s officially over and the series won’t be picked up anywhere else (which is pretty unfair for a show as good as this one), Calderón Kellett gifted fans with the synopses for the series’ final episodes. Season 4 had six episodes left before ending and now, thanks to this beautiful gift, we’ll at least have some closure regarding what could have been and never was.

Since they will never air here are the loglines for the final six episodes of @onedayatatime that we wrote but will never be shot.

Episode 8 Church & Statement written by Sebastian Jones. Summary below. @wcruz73 would have CRUSHED it as our hot liberal priest. Sigh. pic.twitter.com/NO2oFgO1Uy

Season 4, Episode 9 of @OneDayAtATime that will never be shot was called Steppin' Out Written by @elizacossio

Summary below. @IBexWeBex was set to play Tanya the barista that comes between Syd and Elena. Sigh. pic.twitter.com/r5BwqsjOaW

Season 4, Episode 10 of @OneDayAtATime that will never be shot: One Year At A Time Written by Liz Rivera. We were FINALLY going to do an ep about the specific New Years traditions that we do! Also, this episode was going to end with Dr. B getting a kiss from Lydia. Sigh. pic.twitter.com/kARj1HHGei

Season 4, Episode 11 of @OneDayAtATime that will never be shot: Road Trip Written by @debbywolfe

A replica RV of the Alvarez apartment?!? Big emotional monologues?!? This one had it all. Summary below. pic.twitter.com/WH8FraDGuB

Season 4, Episode 12 of @OneDayAtATime that will never get shot was called Cancelled Written by @DanSigner & @vbontheset

It's Lydia's birthday but she doesn't want to celebrate? THis one had singing. Dancing. And a moving ending. Sigh. pic.twitter.com/M1MWG2zC3j

Season 4, Episode 13 of @OneDayAtATime that we'll never get a chance to shoot was called Dreams Written by Sebastian Jones & Brigitte Munoz-Liebowitz. This one had the emotional monologues you love & a twist where Elena wants to stay in LA after actually getting into Yale! Sigh! pic.twitter.com/7dsohPDgmz