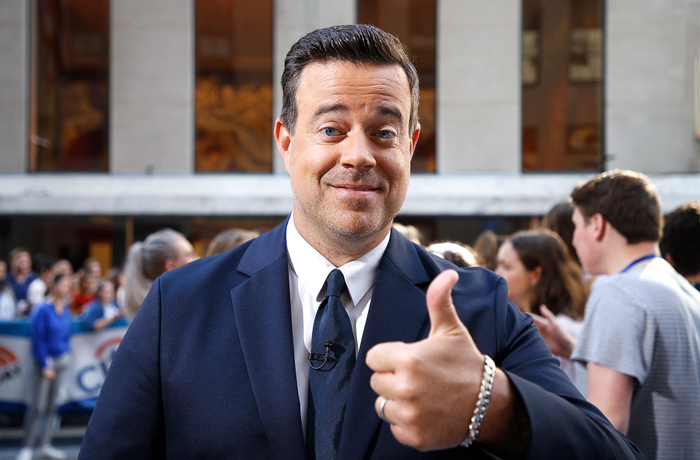 With millions of Americans sheltering in place, home haircuts are a growing trend. So, naturally The Today Show tackled the topic, sharing pics of some hair-don’ts before offering up co-host Carson Daly to take a crack at a DYI hairdo. Still, he didn’t go at it alone. Hairstylist to the stars Chris Appleton consulted via phone, while Daly’s kids lent a hand.

Carson Daly’s hair has gotten shaggy at home, so he’s attempting to give himself a haircut. What could possibly go wrong? 😂 pic.twitter.com/5GDwSdJiRX

Watching Carson Daly cutting his own hair on @TODAYshow made my morning! Snapped this great photo of everyone’s expression! Whose expression is your favorite? pic.twitter.com/rHIoCqAD5d

@TODAYshow I’m not sure what’s funnier….. Carson Daly giving himself a haircut or the commentary/laughs from @hodakotb @craigmelvin @alroker + @SavannahGuthrie Still doubled over in laughter. Funniest thing I’ve seen during pandemic!!! 🤣 😂 Thank U

I'm a hairdresser screaming for Carson to sit the heck still for 10 seconds.

Carson Daly cutting his hair with help from his son on live TV made my entire day.

His daughter was cracking me up the whole time. She's so cute and funny!

Carson Daly is giving himself a haircut on the Yoday show and I’m officially over it.. wake me up when it’s over. pic.twitter.com/H2RhSSho1t

Me working from home:
Eats pack of bacon and can of Grands biscuits while watching Carson Daly cut his own hair

Probably take a nap next

(Carrie Bradshaw voice) And just like that, American culture collapsed in flames as we watched from our couches, sipping our store-brand coffee and dreaming of lattes that would never come again. https://t.co/0OT4D8bisY

Carson Daly can jump into a volcano for all I care, I'm so fucking sick of seeing what our celebrities are doing during quarantine. turns out we can live life without them and I'm starting to like it.