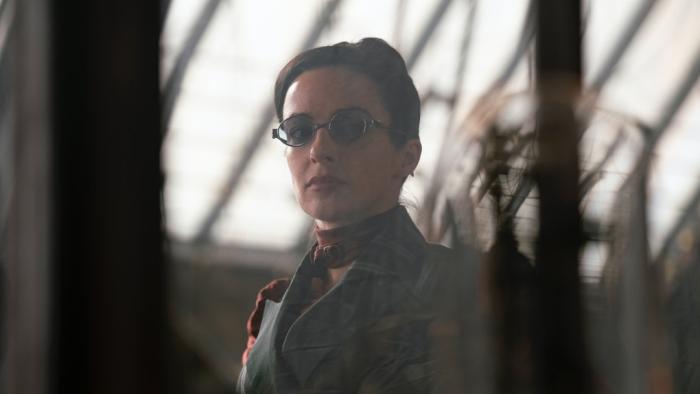 On 'The Nevers,' There's Nothing True About Amalia

I’m not thrilled about it, but two episodes into HBO Max’s The Nevers, and it’s clear that I’m probably going to end up enjoying the series more than I’d wanted, even if it is just steampunk X-Men. I mean, look: With a couple of exceptions (Logan, Days of Future Past), we never really got any solid X-men films, and the powers of The Touched are a little more varied and interesting.

Written by Jane Espenson (Buffy, Gilmore Girls, Torchwood, Battlestar Galactica, aka., all of Gen-X’s favorite things), “Exposure” dug deeper into the mythology of the series and revealed a few interesting mysteries that will help propel the first season forward.

In the most Whedonesque subplot of the week, Lavinia Bidlow — who we thought was the show’s Professor X, but may be closer to Magneto in a wheelchair — convinces Penance Adair to bring some of the orphanage’s Touched to a high-society event in order to bolster their reputation with the public by basically doing party tricks. What transpires here is mostly that Augie Bidlow reveals to Adair his turn. “I dreamt I was a crow, and then it happened when I wasn’t asleep.” Auggie has a crush on Adair, but Lavinia puts the kibosh on that real quick on account of Adair being both Touched and Irish (gasp!), and therefore an inappropriate companion for a Bidlow. Olivia Williams’ Lavinia, as we’ll learn later in the episode, is not who she appears to be. I’m not so sure about Auggie, either, who is quicker to turn on Adair than reject the idea of loaning his Bidlow name and reputation to Hugo Swan’s brothel. Maybe a courtship with a Bidlow might improve the reputation of the Touched, too, Auggie. Did you ever think of that?

Meanwhile, Amalia True continues her hunt for Maladie and her captive, Mary Brighton, the woman whose “hope”-bringing song, can only be heard by The Touched. It turns out that Inspector Mundi — who ransacked the orphanage because he thought Amalia was in cahoots with Maladie — used to be engaged to Mary Brighton, but she ditched him at the altar for what he considered appropriate reasons. Mundi and Amalia become begrudging partners here, and Desiree — a Touched sex worker with the ability to make those around her overshare — helps to forge that reluctant partnership.

True does track down Maladie at her hideout, only to discover — after another stellar fight sequence — that Maladie has Mary and Penance held hostage (Penance was abducted after leaving the high-society party alone and bummed because Auggie blew her off on Lavinia’s command). Maladie has Penance and Mary perched on ledges with nooses around their necks, and tells Amalia that she must choose which one to save. In the exchange, we also learn that Maladie knows Amalia as “Molly,” and Amalia knows Maladie as “Sarah,” whom Amalia apparently “fed to” some bad people who tortured Maladie for two years. “You’re the woman who sheds her skin,” Maladie says to Amalia. “I mean your friends. You know, the ones you trust to trust you back.”

In the meantime, Amalia refuses to choose between Mary and Penance and shoots herself instead, and then Maladie in the chaos (both survive, obvs.) before Inspector Mundi — tipped off by Desiree — barges in to break up the shootout.

Mary moves into the orphanage, and she and Mundi work on mending their relationship.

However, the episode’s twist arrives when we find out that a man named Dr. Hague (Denis O’Hare) is experimenting on The Touched, poking around in an effort to find their “spark,” the source of their powers. We soon learn, however, that Dr. Hague is being bankrolled by none other than Lavinia Bidlow — who is also the orphanage’s benefactor — and their operation involves using the lobotomized Touched to unearth a glowing orb, which is probably connected to the vessel that sprinkled the power-giving stardust in the pilot.

It seems that Lavinia has a keen interest in discovering the source of the Touched’s powers so that she can cultivate her own, rid herself of that wheelchair, and probably turn the orphanage into her own Legion of Doom.