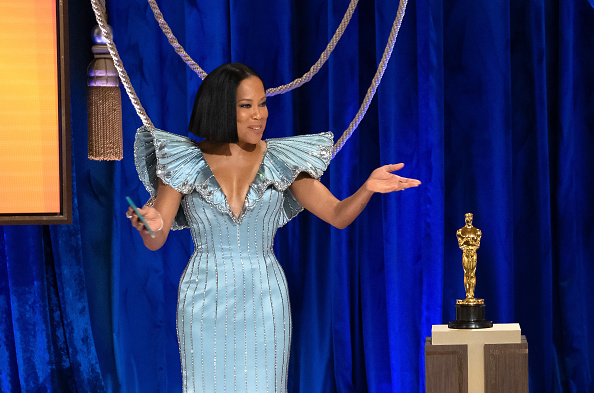 Nobody Watched the Oscars This Year

Full disclosure: I write about pop culture for a living and I did not watch the Academy Awards this year. It was probably the first year since the ’90s that I missed the telecast. It’s not because I don’t care about the Oscars, and it’s not that I didn’t like the movies (I liked several of them very much).

Part of the reason why is because I don’t have cable, or access to live TV unless it’s available on one of the streaming apps. There’s nothing except for awards shows and local news that I can’t watch on a streaming app, and I’m not going to spend $65 a month so that I can watch the Oscars (we were supposed to be able to watch on the Roku TV on the Roku app, but it didn’t work for me). If it weren’t for COVID, I probably would have watched with a group of friends, like we do the Super Bowl, because the drinking and the chatting drowns out all the boring parts, which is about 82 percent of every awards telecast.

The real reason I didn’t watch the Oscars, however, is because I didn’t need to watch them. I kept up with them on Twitter. I knew everything significant that happened, and I watched all the important speeches and followed the occasional bit of controversy, and saw that Riz Ahmed fixed his wife’s hair and that Lakeith wore a hell of a suit, and that Regina kicked off the show with an Oceans-like walk.

There’s no reason to watch a three-hour show when you can keep up with a three-hour show while also watching The Nevers or doing your taxes or playing Words with Friends. I think that’s what a lot of people did because the ratings this year were in the goddamn toilet. Viewership fell below 10 million viewers for the first time ever. The previous low was last year’s 23 million.

Does that mean people don’t like movies anymore? Of course not. But there was a pandemic. All of the Best Picture nominees combined earned less than Mortal Kombat this weekend. Nobody watches live TV anymore. We all keep up with things on social media.

Those ratings, alas, are probably not coming back, as more and more cut the cord (especially among the very demographic that cares the most about the Oscars). But we’re not going to lose interest in the Oscars — we’ll just consume it all in different ways.

Also, bring back a host. Please. Good host, bad host, I don’t care. At least it’s something to talk about on Twitter. But also, please do not invite Ricky Gervais back, no matter what The Rock thinks.

It’s The Oscars tonight! I wasn’t invited. Was it something I said? 😂 pic.twitter.com/P87Uau4D9u