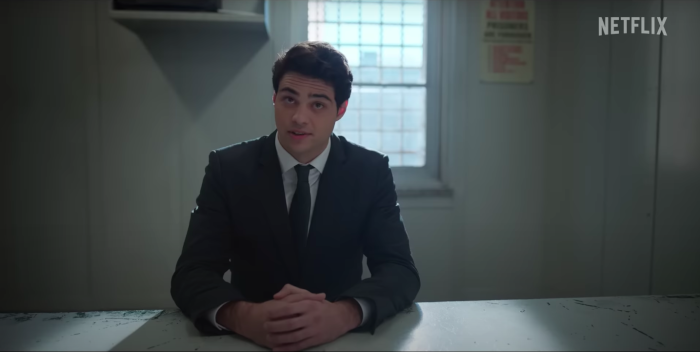 Noah Centineo Might Actually Have Some Promise in 'The Recruit' Trailer

It is a truth universally acknowledged that a male teenage heartthrob will try to rid himself of that moniker as soon as he possibly can, and he will do it by starring in some generic, high-concept action film where he’ll get to beef up, spend three months in diet SAS camp, and will perform ritualistic sacrifices so that the movie actually becomes a hit and he can actually be taken seriously. There is also another path, the one in which they star in a series of idiosyncratic arthouse films, but you better have made yourself a lot of money in your teen star era to go that route.

It wouldn’t have surprised me if Noah Centineo was desperate to unhitch himself from the teen heartthrob status; ever since he broke out in To All the Boys movies, his only starring roles were in some of the biggest pieces of shit to come out of Netflix. As in, the kind of shit movies that epitomized Netflix failure at making movies for teens (is it OK now to say that I wasn’t blown away by Do Revenge? Will that get me Gen-Z canceled?).

In between sequels to the To All the Boys, his name was attached to a He-Man live-action reboot and a supporting role in the also atrocious reboot of Charlie’s Angels. With the He-Man reboot falling through, things were looking dire for the “architect of thirst”. As in, “Hallmark and Direct-to-VOD-Action-Films” Bad. But then, Black Adam came out and, apparently, Centineo acquitted himself well in a supporting role. Now comes the trailer for The Recruit, and I am gobsmacked: Does this look … good? Is Noah Centineo… delivering?

Created by Alexi Hawley (The Rookie), Centineo stars as Owen Hendricks, a lawyer recently hired by the CIA, tasked with managing people threatening to reveal the agency’s secrets. As things stand now, it wouldn’t surprise anyone or have much of an impact, but there will always be an NYT journalist looking for their own Watergate. His first assignment is a sexy former agent (played by Laura Haddock), currently in prison. Things quickly spiral out of his control and competence.

I wasn’t expecting how fun and good this thing looks. My coworkers said it looked a little too much like a prime-time ABC, and they are mostly right, with the difference being that Doug Liman will be directing several episodes and not just a single, puny pilot. But it’s freaking Noah Centineo who carries the trailer, playing against type as a total schmuck in way over his head, being only on the receiving end of beatdowns, bullets, and verbal smackdowns. If you ask me, that’s the kind of role you should play to overcome the teen-heartthrob moniker: The sympathetic putz. Let’s hope it doesn’t disappoint like … 90% of everything Netflix that looked promising in the trailer.

The Recruit streams on December 16.