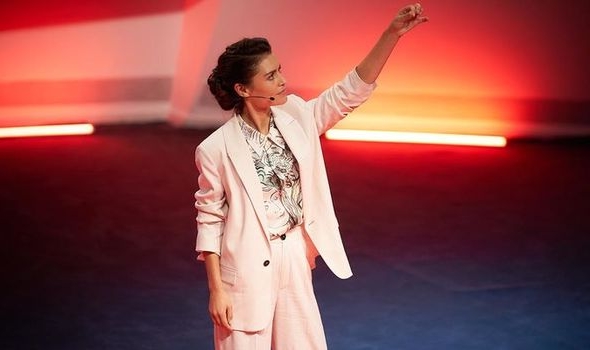 Netflix’s ‘The One’ Review: A Surprisingly Good Slow Burn

When we use the romantic shorthand “The One,” usually we’re referring to the concept of searching for and locating a long-term romantic partner. However, with the exception of the most diehard romantic idealists, it’s generally understood that there are multiple “ones” that can happen in a lifetime, so the idea of there literally only being one person is far-fetched. But for those who are actively searching for love, what if you could take a single test, consisting only of a hair strand, that could tell you who you are “genetically guaranteed to fall in love with?” Would you do it and if so, how would it affect your life?

This is the premise behind Netflix’s newest thriller, The One, based on the 2018 novel by John Marrs. In a future so near that it might as well be next week, scientists have discovered how to make “matches” between people who are genetically predisposed to feel a deep connection for one another (think Ancestry meets Tinder). It’s distributed by a company called The One, founded by geneticist and now-CEO Rebecca Webb (Hannah Ware) and her colleague, fellow scientist James Whiting (Dimitri Leonidas), whose research on ant groups and chemicals is what led to their groundbreaking discovery. Though it’s only been two years, The One has taken off in a spectacular fashion, with people quickly adopting phrases like “I got matched” with the same casualness that we now say things like “I Googled myself” or “So-and-so is trending.” Though it’s immensely popular, it does have its detractors, and not for entirely unfounded reasons; as we see over the course of the season, having a soulmate dictated by science is an invitation for all sorts of chaos.

In episode one, we’re quickly introduced to a number of characters. There’s Hannah Bailey (Lois Chimimba), a woman in a fulfilling marriage who begins obsessing over the concept of matches and, in a fit of preemptive jealousy, makes the DEEPLY unwise decision to find who would match with her husband, Mark (Eric Kofi-Abrefa), unbeknownst to him. Then there’s Detective Chief Inspector Kate Saunders (Zoë Tapper), a single woman who tries The One and winds up being matched to a beautiful woman from Barcelona, Sophia Rodriguez (Jana Pérez). They flirt over video chat for some weeks before Sophia makes the trek to London to meet in person, but when a terrible accident occurs, Kate’s personal life becomes unexpectedly more complicated.

At the center of all of this lies a murder investigation when a badly decomposed body is pulled from the river. Investigators identify the victim as Ben Naser (Amir El-Masry), an associate of Rebecca and James. Flashbacks provide us with the necessary background into the events that transpired, from the research that made matching possible and the shady inception of the now-giant company, as well as the friendship between Rebecca, James, and Ben and how it all ties together. The flashbacks tease all sorts of dark secrets and although viewers will probably correctly guess what happened pretty early on (the series is not too concerned with hiding it), the details fill out nicely.

With that said, viewers may find this slow-going at first. It took me until episode three to get fully invested which, not coincidentally, is when shit starts hitting the fan. Once the (slightly arduous) set up occurs, the story starts making the space to ask some of the more juicier questions: Where does the line between feelings and chemicals happen for the state of love to exist? How susceptible are we to the idea of falling in love if science is behind it? Can those feelings be valid despite a brief (or even nonexistent) amount of time spent together? What happens when you match with someone who happens to be less than ideal?

The majority of screen time is dedicated to Rebecca, who, when not making vaguely unsettling TED Talk-esque speeches in front of adoring crowds (“We deserve the fairy tale! No one has to settle anymore!”), spends her days maintaining her position as CEO by any means necessary. With her power updo and amazing suits—her looks may be worthy of its own post, they’re that good—she stalks the company halls with her hulking head of security, Connor Martin (Diarmaid Murtagh), always close at hand ready to do whatever needs doing. Her belief in The One, as well as her addiction to money and power, allows her to reside comfortably in the land of ‘the ends justify the means.’ Rebecca’s complete lack of ethics will probably remind many of Maria Grayson in the recent film I Care a Lot, though it has less to do with performance and much more to do with the fact that film and television rarely centers around unapologetically villainous women. She’s a truly awful person, though there are layers to her. I spent most of the series rooting for her downfall but with each episode I also found myself increasingly fascinated by her, as well as the cat and mouse game between her and DCI Kate Saunders who, along with dealing with her crisis with Sophia, is the lead investigator in Ben’s suspicious death. Ware and Tapper make for a delightful pair of adversaries, and I would happily watch many more hours of these two and their intense stare downs.

I may get my chance, because while the show does wrap up nicely, there’s just enough intriguing strings left dangling to lead us into a possible second season. Whether that happens or not is up to the Netflix gods, though I, for one, would certainly welcome it. For fans of Black Mirror, this show is right up your alley (though it’s far less bleak), as it’s an engrossing look into what it means to be in love framed against the backdrop of a terrifyingly Zuckerbergian mega-company. And even if you’re not, there’s still enough blackmail and betrayal to satisfy those with a taste for drama. As series go, it may not leave a lasting impression, but it certainly makes for an intriguing affair.

The One is now streaming on Netflix.

Kaleena Rivera is a tv and film writer. When she isn’t wondering if she could maybe pull off Rebecca’s all white suits, she can be found on Twitter here.