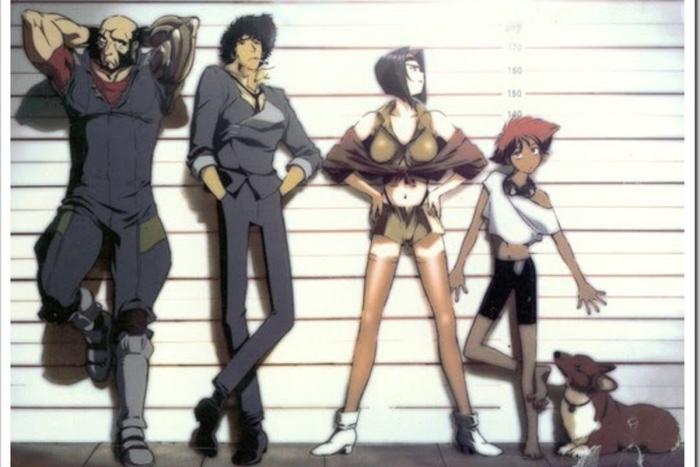 Netflix has started production of the long-awaited live-action remake of Cowboy Bebop. Yes, I know, we’re all very nervous and praying to whatever demons are available that this show should be at the very least not terrible. I have such doubts, my friends. But here’s the thing: John Cho is playing Spike Spiegel, and we here at Pajiba spent over two years screaming into the pop culture void trying to make that happen, so this is truly our victory to celebrate. People should listen to us more. See, look how hot John Cho looks with the big Spike hair.

Thanks for the birthday wishes, everyone. Happy Father’s Day, dads!

And look at that muscled silhouette that will be perfect for goofy running!

But then there is the other most crucial piece of casting: Ein the corgi. Rumors swirled for a while that Ein would be a fully CGI creation or, worse, a husky. But never fear. Netflix has revealed that a real-life and very good corgi will take on the canine role of the year.

Aww, look at his commitment to the craft and camaraderie with his colleagues. We stan a legend.

Season one of Cowboy Bebop is now in production.

← The Rich Will Always Have Class Solidarity, And It's Going To Kill The Rest Of Us | It Was a Big Weekend for 'The Walking Dead' Universe →