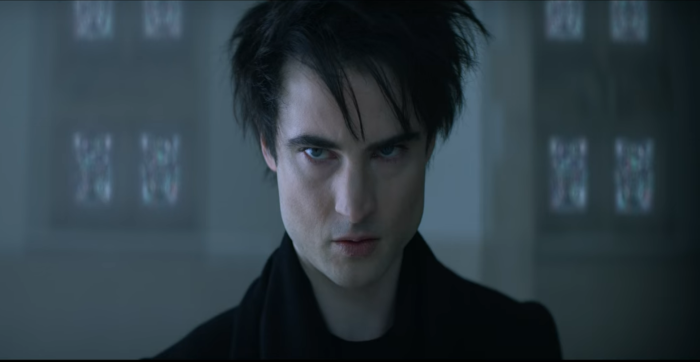 For Those Wondering About Netflix's ‘The Sandman’

I have a complicated relationship with the recent The Sandman adaptation. On one hand, there’s a number of creative decisions I took issue with that peppered nearly all of the initial ten episodes (an additional episode was released a few weeks later). The first third of the season is laggy, bogged down by world-building that, while often attractive, feels less like a heavy demonstration of the consequences of Dream’s (Tom Sturridge) absence than a meandering play-by-play recreation of the comics the series hails from—episode three is considerably less sluggish, notably due to its willingness to depart from the source material. My greatest issue is much of the plotline revolves around John Dee (David Thewlis). What was once a nightmare-inducing tale, specifically issue #6 titled “24 Hours,” is reduced to an interminable slog of partially congealed ideas that’s entirely absent of any tension (the subdued car scenes with actor Sarah Niles is much more disquieting in comparison). A much sterner hand was needed in both the writing and editing rooms, to be certain.

Yet despite whatever disagreement I may have had with some of the creative decisions, I fully believed this series deserved a second season. For every choice that I took issue with, there were several others that I found utterly terrific. Its greatest strength is the casting, a remarkably strong ensemble for the number of performers necessary to tell such a sprawling story. I was thrilled when it was announced that Kirby Howell-Baptiste was cast as the iconic Death, Dream’s gothy older sibling, but even I was shocked over how hard Howell-Baptiste knocked it out of the park. Every ounce of dislike I held for “24/7” was matched with wonder and joy over “The Sound of Her Wings,” the episode which immediately follows, a metaphorical case of whiplash so extreme it made my head do a full 360. Howell-Baptiste brings a gorgeous and profound compassion to the role and is arguably the highlight of the series.

Casting aside, the show succeeds in a number of ways, especially when it comes to the slow evolution of Dream from a well-meaning but slightly obstinate monarch into a wiser and far more open-minded ruler. Though I found the second half of the season stronger than the first—barring some pain points like the awkward Hector (Lloyd Everitt) and Lyta (Razane Jammal) reimagining—the series as a whole falls just short of greatness, though it wouldn’t take much to see it through to its full potential.

Potential often takes time to develop, rare is the show that comes out of the gate fully realized, and networks/streaming platforms are typically loath to give that time. Netflix, in particular, has a rather infamous tendency to cull series that have less than blow-the-roof-off viewing numbers no matter how fervent the fan base may be. When months went by without a whisper of renewal anywhere to be heard, it was easy to assume that Neil Gaiman’s decades-long effort to adapt his acclaimed series had come to a screeching halt just as it was getting started.

Finally, after what must have felt like eons for the cast and crew, Netflix decided to give it another go, giving a deserved green light for a second season (funny enough, only after DC Comics accidentally leaked the news on their Twitter account, according to Deadline). The formal announcement came through Netflix’s Tudum, which includes Gaiman confirming what’s coming next for eager fans:

There are some astonishing stories waiting for Morpheus and the rest of them (not to mention more members of the Endless Family to meet),” Gaiman continued. “Nobody is going to be happier about this than the Sandman cast and crew: They are the biggest Sandman fans there are. And now it’s time to get back to work. There’s a family meal ahead, after all. And Lucifer is waiting for Morpheus to return to Hell…

My feelings about the series’ debut season may have been mixed, but I feel nothing but glad to know that a show with this much passion and imagination behind it will get another chance to see its vision come to life.
All eleven episodes (I highly recommend that bonus episode if you missed it the first time around) are available to stream on Netflix.

Kaleena Rivera is the TV Editor for Pajiba. When she isn’t fawning over Mason Alexander Park (who uses they/them pronouns), she can be found on Twitter here.