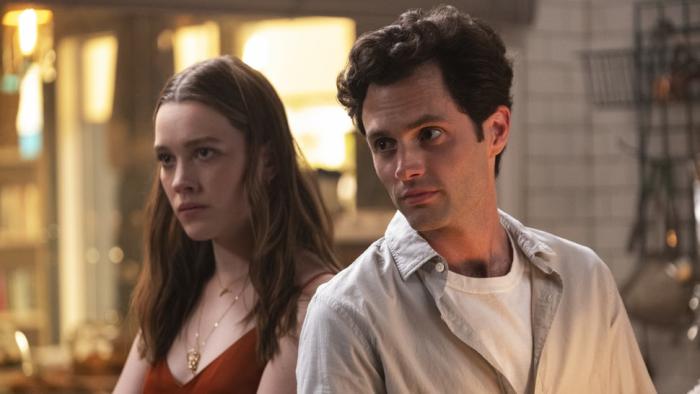 This Christmas Break Is All About 'You'

If thoughts of Christmas have you stressed, let’s look slightly beyond. It’s the day after Christmas. The extended family has vacated your living room. The wrapping paper has been cleared away, and the fridge is stuffed with leftovers begging to be snacked on as you binge-watch something just for you. How about You?

The suspense series that had Netflix subscribers going wild returns with season 2 on December 26. Are you ready?

After his romance with Guinevere Beck ended very badly, the deceitful and obsessive Joe Goldberg (Penn Badgley) has left New York City, his bookshop, and the scene of the crime(s) behind for sunny Los Angeles. There, he finds Love, as in a gorgeous, open-hearted young woman actually named Love. But even though she doesn’t need to be trapped by Joe’s stalker tactics to fall for him, all is not well in the world of this clever bookseller. His ex is back, and she’s ready to make his life hell.

Has Joe met his match?

Find out when You season 2 hits Netflix on December 26.