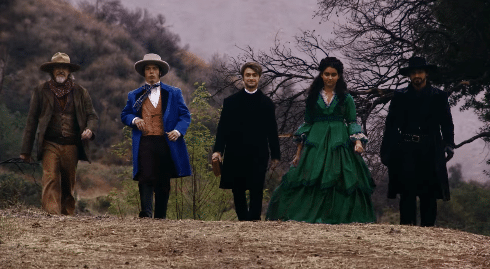 Miracle Workers is an interesting concept. The TBS anthology show is based on the fiction writing of Simon Rich, and every season gives us a different setting and different story, told by the same set of primary actors. Most notably it stars Daniel Radcliffe and Steve Buscemi. But, more often than not over its previous two seasons, Karan Soni and Geraldine Viswanathan have been real stand-out scene stealers. There’s a lot of crass humor and gleeful anachronisms served up with a side of Radcliffe’s awkward charm.

The first season was about a pair of bumbling angels working in the Department of Unanswered Prayers trying to convince a depressed and disinterested God (Buscemi) to not destroy the earth and everything on it. It was fun and a bit out of left field for TBS. 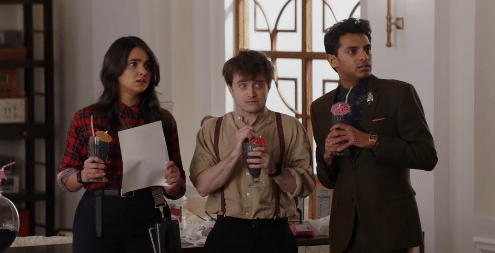 The second season, Dark Ages, was set in Europe, and the steep decline in culture and intellect that defined the time period was on full display. Viswanathan as Alexandra Shitshoveler, trying to educate herself out of the family business, carried the season. Radcliffe played second fiddle as the Prince who would never live up to his father’s violent expectations.

Season three, which began last night, introduces us to Radcliffe’s Reverend Ezekiel Brown who hopes to lead his flock out of their dying frontier town and to to the promised land of Oregon. Buscemi is The Miracle. An injured man who falls face first into the story and introduces himself to the townsfolk as Jim Nobody (“It’s German. Dutch. Scottish. French.”). In reality, he’s the notorious outlaw Benny The Teen. And he agrees to guide their wagon train on the trail as a way of escaping the law.

Viswanathan is Prudence Aberdeen, a prairie wife who craves adventure and an escape from her overbearing, overly-needy husband, Todd (played by John Bass.) She’s always decked out in her Easter best, each frock more outlandish than the next. She is also the show’s heart and primary instigator, pushing the Reverend out of his comfort zones, a familiar relationship for these two from previous seasons. 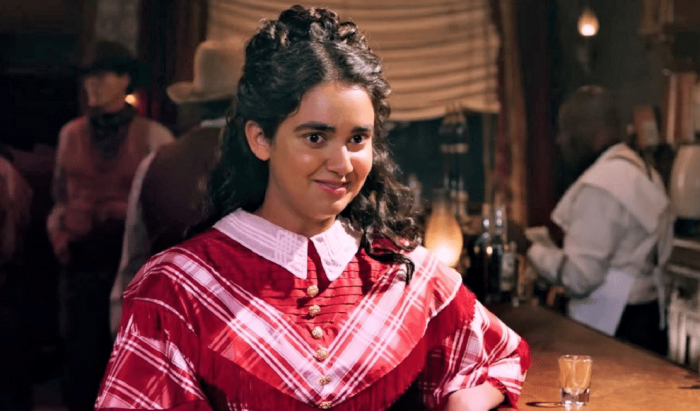 Karan Soni is the black hat this season, again. He’s always the bad guy and he’s always VERY effective. Here he plays The Gunslinger, out for revenge against Benny The Teen but “woke” enough to understand that so much about what he does is problematic.

Because every season is a new story, it’s hard to make a judgment call about where it’s going to go based on the first episode. The show feels like long-form improv, frontloaded with establishing setting and characters while the half hour format forces them to keep the action moving. The first case of dysentery has already hit our merry band of travelers because Todd Aberdeen is a dummy and doesn’t listen to his wife when she tells him not to drink a martini made from stagnant pond water.

If it can avoid becoming a weekly half-hour of poop and butt jokes, there’s a lot of room here for Buscemi and Radcliffe to lean all the way into the absurdity and have a lot of fun. They lobbied the show creators to get more scenes together this season and I’m hoping they put that time to good use. Radcliffe’s Reverend starts the story talking about hope and there is a kernel of hopeful cynicism planted in this first episode that, if cultivated, can keep this season from becoming a try-hard.

Miracle Workers: Oregon Trail airs on TBS Tuesdays 10:30/9:30c and is available to watch on TBS.com