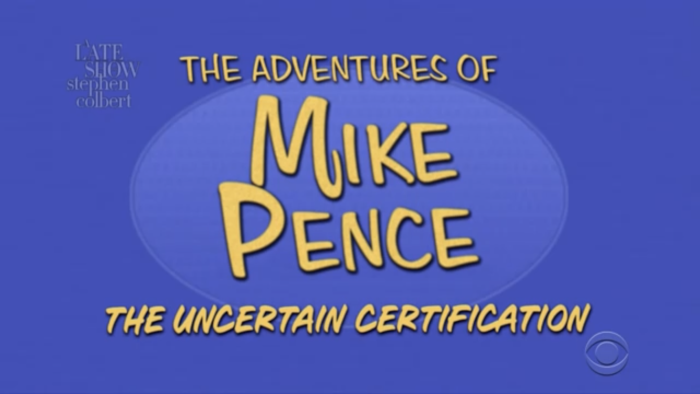 All eyes are on Trump’s feckless, enabling, styrofoamesque Vice President today! Mike Pence will likely have to certify Joe Biden as the next president of the United States. For a lot of us, it will be very exciting. For Pence, it will possibly result in years of getting yelled at in airports by crazed Trumpophiles. Now, I have no sympathy for Ole Mikey, but I love Johnny Quest. So imagine my delight when Stephen Colbert kicked off his show last night with a Pence/Quest mashup!

For those unfamiliar, Johnny Quest was a cartoon created in the ’60s that has had several reboots in the decades since. It is about a boy adventurer who follows his scientist father into exciting and dangerous predicaments! Their crew also includes Special Agent and bodyguard Race Bannon! Guess who Race bares a striking resemblance to? 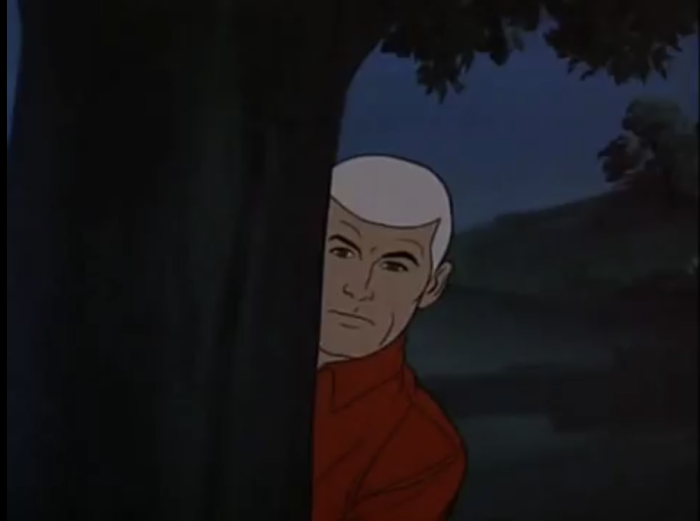 That’s right! Race looks just like Pence, if, you know, Pence had a spine and a sense of empathy.

Playing on the apt comparison, Colbert’s opening video shows Race/Pence fighting off various Republicans and Trump supporters in an effort to escape his duties. Even with the stilted 60’s animation, it’s much more exciting than what Mike is actually going through. However, it’s not too far off as Pence is rumored to be leaving the country as soon as today’s session is over. Cause, ya know, unlike Race Bannon, Mike Pence is a f***ing coward

← Transition Updates: The Electoral College Set to Certify the Election; D.C. Braces for Violence | Female TikTok Star Has the Perfect Response to Gatekeeping Comments About Music →