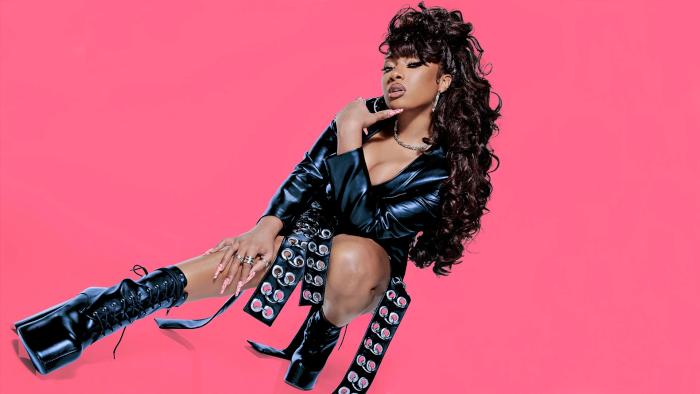 Megan Thee Stallion, a Deer in the Woods, and Devon Walker Deliver a Spark to 'SNL'

I’ll say this for this week’s SNL: The young cast members are getting plenty of opportunities, and in some cases, they’re doing well or at least showing some promise. I think this week’s episode, instead of trying to make funny sketches, played too hard to the host, which ended up doing a disservice to both the show and the host, who nevertheless made the best of what she had to work with.

Cold Open — We’re back to a purely political cold open, a January 6th Hearing parody. It’s not great, but Sarah Sherman’s Chuck Schumer impression is fun, and Chloe Fineman’s Pelosi impression is spot on. It was a passably mediocre political sketch until they insisted on bringing in the Trump guy (I thought we were done with Trump impressions). I didn’t think much of Jon Rudnitsky’s Adam Kinzinger impression, either. (Watch Here) (Score: 4 out of 10)

Megan Thee Stallion Monologue — Not much of a monologue. Megan does a British impression, hypes herself up, and talks about getting her degree in healthcare admin. (Score: 4 out of 10)

Hot Girl Hospital — Three women “answer the call, say something rude, and hang up” in a hospital that only does wigs, butts, and clothes. Variety says, “I’m not comfortable reviewing this as a white guy. 5 Stars!” I’m also not that comfortable trashing it, either. (Watch Here) (Score: 5 (Stars) out of 10)

We Got Brought — Bowen, Ego, and Megan perform a song about people who come to social outings with mutual friends but then get left alone together and have to deal with the awkwardness of talking to strangers. Solid and relatable! (Score: 6.5 out of 10)

Deer in the Woods — A group of friends staying in a cabin spot a deer in the woods, and they all try and show Kenan (who plays a father) where the deer is. “I don’t see it! Where is it?” It’s dumb as hell, but Kenan makes it work. This is the Mat skit of the week, and not just because it’s the best skit of the night but because I suspect Mat was vibing with Kenan here. (Work: 6.5 out of 10)

Girl Talk — Women come on to a talk show to talk about their problems and communicate through different iterations of, “Girl.” Then Jon Rudnitsky’s character comes out and they speak in variations of, “Bro.” It’s one joke that goes on too long, but it’s a decent joke. (Watch Here) (Score: 5.5 out of 10)

Weekend Update — Colin Jost’s Mitch McConnell jokes never get old. Che and Jost legitimately kill it during one of those weeks where “Update” is the best thing about the episode. The Hocus Pocus moms (Fineman and Gardner) steal a joke from Ghosts, but mostly talk about how Satan likes to f**k. New cast member Devon Walker gets his moment on “Update,” and he is shaky at first, but he warms up. I like him. (Score: 8 out of 10)

Sergeant Cake — Megan thee Stallion — as Sergeant Cake — teaches an exercise class on how to get a big butt, but the joke is really about the two women (Fineman, Gardner) with the flat butts. Lots of flat-ass jokes, but they can’t save it. (Watch Here) (Score: 3.5 out of 10)

St. Andrew’s Center for Shivering Girls — A PSA commercial for single women in the fall in need of men’s sweatshirts to keep warm. (Score: 7 out of 10)

Substitute Teacher — Ego plays a substitute teacher who assumes the Black students are idiots before learning that it’s a STEM school, but then realizes she’s out of her league. (Watch Here) (Score: 4.5 out of 10)

I don’t usually watch the musical guests, but the kids made me this week. Megan is a much better musical guest than SNL host.


← 'Halloween Ends' Review: We are Finally Free From this Treachery | 5 Shows After Dark: 'Magpie Murders' Premiere PBS, 'Let the Right One In' Showtime →