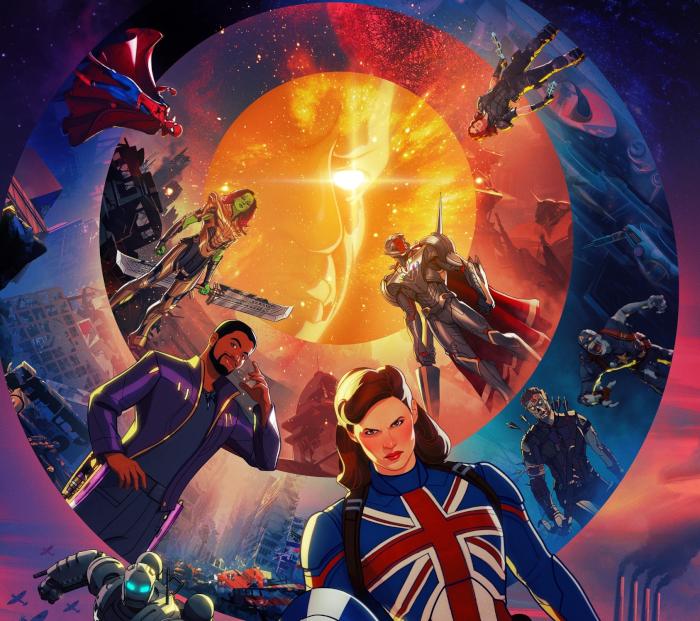 Marvel's Multiverse Gets Animated with 'What If...?'

As much as we all doubted it when they announced the schedule, Marvel has knocked it out of the park with their television offerings so far. Loki is about to wrap up and everyone is talking about it — or Gator Loki at least.

Both WandaVision and Falcon and the Winter Soldier told really compelling stories really well (mostly. OK, sometimes. Sometimes they really missed the mark.) But, overall, I’d say that for something we all thought was going to fall flat on its face immediately, they’ve done a good job! And now it’s time to enter the Multiverse with Marvel’s latest TV experiment, What If…?

Some of you are probably giving this a solid side-eye. I can’t say I blame you. I’m definitely one of those folks who doesn’t watch grown-up cartoons. I’ve tried. Lots of them. They’re just not My Thing. Ya know? However, if Spider-Man: Into The Spider-Verse taught me anything, it’s that sometimes animation can be really f*cking awesome. If you have the right team, and you have the right stories, animation provides an unlimited canvas of possibilities. That’s what What If…? is aiming for.

For those of us with room in our hearts for MORE Marvel superhero stories, What If…? creates the alternative stories, mashups, and team-ups that we didn’t know we wanted. Until just now.

Cast with many of the same actors we know from the blockbuster movies, we’re also meeting some “new” characters in this series. Like Howard!

By animating these complicated, fantastical, stories, I hope Marvel can avoid the pitfalls of filler episodes, slow-moving exposition dumps and, you know, all the boring stuff we didn’t like about their other shows. All action, all jokes, all the time, please. And maybe some more Captain Carter (#ThePeggyWeDeserve)

What If…? begins streaming on Disney+ August 11th

← Watch A Teenage Boy Shove Stuff In His Mouth... But Not In Like A Weird, Creepy Way | 'Monsters at Work' Tries to Recapture the Magic, with Limited Success →