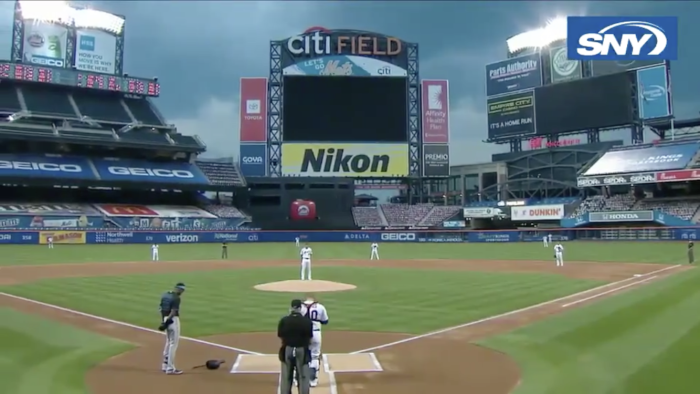 Marlins and Mets Observe Moment of Silence, Walk off Field

On Sunday, August 23rd, a Kenosha, Wisconsin police Officer now identified as Rusten Sheskey shot Jacob Blake in the back seven times. The incident was caught on camera and has since led to widespread protest and unrest. On Wednesday, two protestors were shot and killed and another was injured by 17 year old Kyle Rittenhouse.

The events following Blake’s shooting have been impossible to ignore. Now figures in the sports world are making sure of that. Beginning with NBA and WNBA games being postponed (and almost cancelled outright), soon MLB games were postponed as well. In this instance, the postponement was accompanied with a demonstration.

After a 42 second moment of silence, the Mets and Marlins exited the field.

A #BlackLivesMatter t-shirt was left at home plate 🙏🏾

On Thursday night the New York Mets and Miami Marlins walked out onto the field in NYC. The Mets took the field. Lewis Brinson of the Marlins came up to bat. Both teams took a 42 second moment of silence and then they all walked off the field. A Black Lives Matter t-shirt was draped over home plate as they left. It was a moving show of solidarity.

Today, the MLB will be observing Jackie Robinson Day in honor of the first African American to play in the Major Leagues.