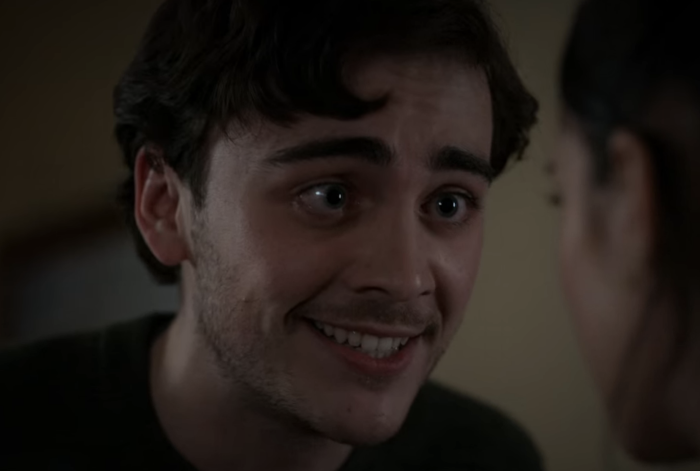 No one told me I should recap every episode of Manifest. No one thought it was a good idea, and few people are actually reading these recaps. I do not enjoy doing it. And yet, here we are, hoping this will somehow pay off in either karma points or Google searches. This is season four, episode four, “Go Around.”

After Eagon contacts Ben from prison with knowledge of Eden’s whereabouts, Ben decides to visit him. Eagon says that he will tell Ben where Eden is if Ben can get him released from prison. Ben is not a lawyer or government employee; the best I can tell, Ben doesn’t actually have a job. But Ben agrees.

Ben reaches out to Vance, with whom he hasn’t had contact in over a year. Ben finds out that Saanvi has been hitting the bottle. Long story short: Vance pulls some strings and gets Eagon released. Eagon tells Ben where Eden is; Ben steers Vance away from the location to protect him and heads to Adrian’s 828 compound himself. There, before he can locate Eden, he gets hit in the head with what appears to be a 2x4.

Jared and Drea learn that someone by the name of Erika Burness lives with Adrian (which is where Eden is) and bought a lot of fertilizer, probably for a bomb. Erika has a criminal record and may be the person who knocked out Ben.

Michaela is dealing with her guilt over the death of her best friend, Evie. Michaela’s calling is a sh*t show that involves a bird that shoots cheap CGI-lightning out of its eyes. It directs her to a Native reservation, where she helps a guy named Kyle say goodbye to his ailing mother in a New York hospital. Kyle’s mother can’t speak, but since Zeke is an empath, Zeke can read her thoughts and pass them along to her son.
In exchange for this mitzvah, Kyle gives Michaela a blanket. Divina conciencia is inscribed on the blanket, which leads Olive to believe that Cal is connected to divine consciousness.

Cal has a crazed epiphany: Everyone on the plane was “in the divine consciousness” for five-and-a-half years. What the hell is that supposed to mean? They were in God’s thoughts? They were trapped in God’s mental awareness for five and a half years. They were God’s expressed thoughts? This show is just making up stuff now.


← See How The Other Half Lives In The 'Glass Onion' Trailer | 5 Shows After Dark: 'Quantum Leap' First Season Fall Finale, '9-1-1' on Fox →
Header Image Source: Netflix
Most Viewed