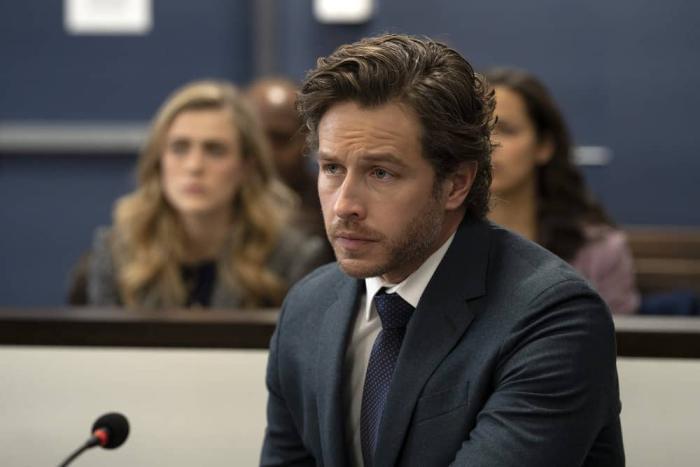 'Manifest' Recap: The Aaron to Your Moses

Welcome back! NBC blessedly gave us a respite last week (to make up for those double-episodes), but Manifest has returned, where Ben is still in jail for assault after beating up a terrorist who kidnapped his own son, and Ben’s wife, Grace, is giving him grief for it. The arraignment judge — an anti-828er — gives him even more grief, rejecting his plea agreement and setting bail at half a million dollars. Later, Ben — on house arrest after posting bail — spins out in an effort to solve the calling, while Grace is falling apart because she can’t live like this anymore. Later, Michaela talks some sense into both of them and they repair their relationship.

The anti-828 sentiment, meanwhile, is inexplicably and suddenly coming from the top and it is worldwide. In Singapore, an 828 passenger was executed. In the States, the FBI is demanding that all 828 cases go through them, and Michaela’s job is in jeopardy because the people up top don’t know what to think about an 828 passenger as a cop. When they put her on desk duty, she quits.

The volcanic activity in upstate New York, in the meantime, remains dormant after Saanvi threw a literal piece of Noah’s Ark into it. When Vance finds out, he blows a gasket and fires Saanvi. “You’re lucky that’s all I’m doing.” After, Saanvi goes to Michaela to confess to the murder of The Major, but Michaela — having quit her job — declines to arrest her.

It’s time to acknowledge that the 828ers are in this together, and that no one is going to come to their aid.

In this week’s calling, Ben, Michaela, and Cal all see themselves burn up in flames. Cal, meanwhile, is harboring Paige Jennings from The Americans — who was single-white femaling Olive — in his room because they “are connected.”

Cal’s got a burn on his shoulder, which grows to his stomach, which Paige Jennings from The Americans insists means that it’s his calling. She’s going to help him. She’s going to “be the Aaron to his Moses. I’m going to help you follow God’s mission.” And yet, when Cal heads off to solve the calling, Paige Jennings from The Americans ditches him and tells him he’s on his own, just like Moses. Cal arrives at Eureka (the place where the NSA scientific experiments are being conducted) and demands to see the tailfin. Cal surmises what Ben already knows: That the calling is to destroy the tailfin.

That calling, however, will have to wait until next week’s episode, which is to say: This one was a bit of a filler ep, which not what you want to air when NBC is still deciding whether to renew the series.

← Trailer Park: 'America: The Motion Picture,' 'The Legend of The Underground,' 'Demonic' And More | Well, Juggling Will Never Be the Same Again →