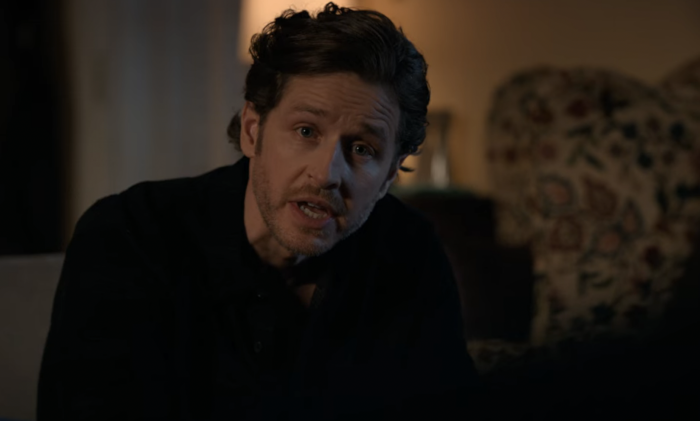 It's All About the Sapphires on 'Manifest'

I hate this show. Let’s do it: Manifest, season 4, episode 6: “Relative Bearing.” Here are the highlights:

—Eden is having a hard time acclimating to life back with the Stone family. She draws a picture of Ben and calls him a “bad man,” so Ben trims his beard.

— Cal continues to feel a strange connection to Angelina, who is currently hiding out in her mom’s house. Angelina has the audacity to call Ben and beg to speak to Eden, who still refers to Angelina as her mom. Ben tells Angelina to f**k off, but Cal goes behind Ben’s back to let Angelina talk to Eden. Ben finds out and he’s furious, so Cal decides he needs to leave for the good of the family. He doesn’t make it very far before he passes out because his cancer has probably relapsed.

— Eagon, fresh out of prison, decides to blackmail Angelina’s mom. He gets an expensive watch out of the deal, but then he turns around and rats out Angelina for the reward money anyway.

—Zeke’s empath powers have not only faded but they have reversed on him. When he tries to absorb someone’s pain, he goes off in a rage, like he did when he shot and killed Erika Barnes. Zeke loses his job as an addiction counselor, and now he’s lost … until he stumbles over Cal’s passed-out body.

— The A-plot concerns Jared and Michaela, who still appear to be hung up on each other. A crooked cop tries to frame Jared for the Erika Barnes shooting, but Jared and Michaela spoil it. They also discover that someone is out there killing 828 passengers.

— The “important” part of the episode is when Olive makes another discovery about the callings. This makes no sense, so I’ll just transcribe it and allow you to make sense of it:

“It’s like sapphire was the fingerprint to a miracle. I think there’s more to it. In history, sapphire has been referenced in myths and legends and religion. And get this: Moses was standing on sapphire when God gave him the 10 Commandments. The Oracle of Delphi used sapphire to get her prophecies. It’s like whenever humans have been in communication with the divine, it was thanks to sapphire.

If these prophets did it, maybe we can use sapphire to get limitless callings, get back to the divine consciousness. This could be the way that we save the lifeboat.

Sapphire is the key to communicating with the divine. This show is painfully dumb.


← Let's Talk About The 'Recast T'Challa' Hashtag For 'Black Panther: Wakanda Forever' | Why Are People So Mad About 'The Crown' Not Being 100% True? →