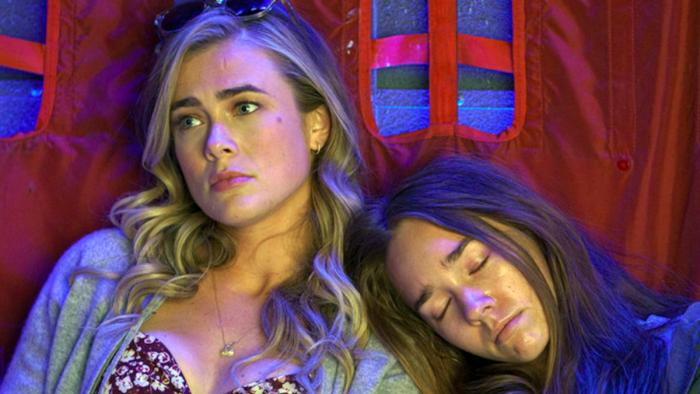 'Manifest' is Back. Unfortunately

Three hundred and 59 days later, and Manifest is back. No one missed it, least of all the writers over on TVLine who have to pretend every week for the next three months to care about this show. What a job! I may watch it every week, but at least I can be honest about my feelings. Imagine writing about Manifest and not being able to call it trash!

But this is not about TVLine, this is about Manifest, the worst show on television for three years running! The best thing going for the third-season premiere, however, is that it hasn’t aired in nearly a year, which means that we’ve all forgotten the dozens of aborted arcs littered in its toxic-waste lake. The time away, in fact, allows Manifest a sort of reset. Since viewers only remember the broadest of outlines, that’s all that Manifest needs to contend with. It can take whatever stranded storyline it wants and pick it up from there.

That’s exactly what it does. But first, a small refresher and what viewers need to remember from the first two seasons of Manifest: Passengers on Montego Air Flight 828 left from Jamaica and — after some brief turbulence — arrived back in New York City five and a half years later. In the meantime, they were all presumed dead. Once they all returned safely, Flight 828 blew up while being warehoused in a hangar in the pilot episode. The explosion was witnessed by many of the passengers.

In the meantime, the passengers began experiencing “callings,” shared visions of the future that draw them together to save lives and solve crimes. Moreover, other people have disappeared and reappeared sometime later, and we’ve learned that they only live for as long as they were gone. In other words, Flight 828 was gone for five and a half years, so the death day for the passengers of Flight 828 is five and a half years after the plane landed. However, as we learned in last year’s absurd season finale, it is possible to survive the death date, although it apparently takes being struck by lightning and falling through ice in a pond. Finally, another of the passengers, Saanvi Bahl, sort-of-accidentally killed The Major (Elizabeth Marvel), who was behind a number of Manifest conspiracies over the last two seasons, none of which matter anymore because she is dead, which allows Manifest to avoid explaining almost anything from the last two years.

In fact, the storyline in the season premiere basically picks up an aborted arc from the pilot episode. The episode sees Ben Stone in Havana searching for a boat from one of his son’s drawings (oh yeah! His son draws some of his visions). In Havana, Ben finds the tail from Flight 828, which floated to the surface of the ocean near Cuba, thousands of miles away from where it exploded in a New York hangar. Why? Ben’s working theory is that the plane originally exploded over Cuba, that all of the passengers died (him, his son, and Michaela included), but that they were … resurrected like Jesus years later and given, like, a second chance at life?

Michaela, meanwhile, is in Costa Rica on her honeymoon with Zeke — the guy who survived his death date — and Michaela/Cal/Ben have a vision of a passenger named Angelina Meyer (played by Holly Taylor, the daughter from The Americans). The vision allows them to save Angelina from a kidnapping, and they end up bringing her back to New York to live in the Stone house. Why? No clue. Because Cal had a vision. That’s why.

Finally, Jared (Michaela’s ex) is roped into the storyline by a woman named Sarah, who is looking for her missing mother, who we learn is The Major, the woman killed by Saanvi. This storyline is basically comprised of the pieces that are left over after you build a set of IKEA dressers.

That’s essentially where we are after the premiere, right back where basically the pilot episode left off three seasons ago, rendering much of the past two seasons moot, which is probably for the best. There is one exception, though: When Zeke beat his death date in the season two finale, three meth heads lost their lives in the frozen pond. At the end of this episode, however, the three meth heads pop back up from the pond, gasping alive. I guess Jesus is giving them a second chance, too.


← Now on Netflix: 'Worn Stories' Unfurls Yarns About The Clothes That Shape Our Lives | Review: Idris Elba's 'Concrete Cowboy' Is Not What You're Expecting →