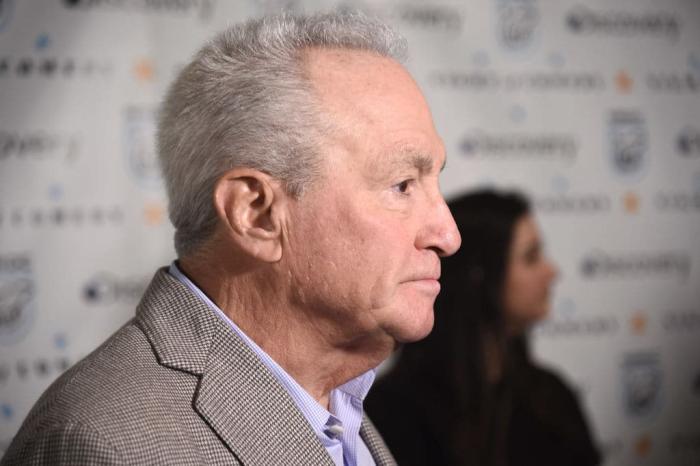 This week, Saturday Night Live announced the firing of new writer and cast member Shane Gillis after his history of racist jokes surfaced online. His initial hiring happened at the same time as the show brought on board the first Chinese-American cast member in its 44-year history, Bowen Yang. The usual questions were raised about the show’s startling lack of diversity and issues regarding its vetting process for new hires, but there was one topic I kept coming back to time and time again: The power of Lorne Michaels.

I kept hearing insistences that SNL was so much better than this, that they should have known better than to hire someone like Shane Gillis, given how pathetically easy it was to find videos of him making racist remarks. Never mind that, as noted by Variety, Michaels had allegedly hired Gillis as a way to appeal to more conservative viewers. There is still something about Michaels, and the comedy empire he created, that inspires the benefit of the doubt. He’s a legend, after all, and the guiding light in American comedy. He ushers in the new age of talent and hand-picks who will dominate the scene for the coming years. Or, at least, that’s how it used to be. Yet, as the years pass and questions around the relevance of SNL arise, I’ve been thinking a lot about how much power we gave Lorne Michaels and how bestowing such authority on him has ultimately been bad for pop culture.

Michaels has certainly helped to elevate some incredible comedic talents over the year. Just look at the lineage of SNL and you’ll find some of the most iconic names in the medium, from John Belushi and Gilda Radner to Eddie Murphy to Kate McKinnon and Kristen Wiig. But Michaels is also prone to picking new talent from the same tiny pools. Tina Fey said that Michaels’s skill came in choosing ‘a blend of hyper-intelligent Harvard boys (Jim Downey, Al Franken, Conan O’Brien) and gifted, visceral, fun performers (John Belushi, Gilda Radner, Jan Hooks, Horatio Sanz, Bill Murray, Maya Rudolph). Lorne somehow knew that too many of one or the other would knock the show out of balance.’ A footnote adds the detail that the Harvard boys are indeed always boys, although it would be worth adding that they’re also typically white. He loves to pick his favorites, too, from this shallow pool, which is how we get saddled with milquetoast chucklers like Colin Jost. Michaels has a type, and it’s one that hasn’t evolved much over the decades.

It’s not just Michaels’s long-held status as the kingmaker of American comedy that is so baffling either. Due to the nature of SNL and its politics-adjacent status, the show and its creator have long been positioned as an unimpeachable voice of satirical authority and societal reason. Turning to comedy for ‘the truth’ has always been an iffy strategy for life and political understanding, and it’s one that imbues its speakers, wilfully or otherwise, with a moral authority that can be smothering to deal with. Check out how Jon Stewart spent years being a better political commentator than the majority of the chattering classes but would renounce any power he wielded by insisting he was ‘just a comedian.’ For Michaels and SNL, this responsibility has been an accessory they have chosen to wear and remove at their luxury. However, they have also gifted themselves with another kind of kingmaking ability as it pertains to politics, and frankly, it’s not been good for anyone.

Michaels has a major soft spot for politicians who are happy to be ‘in on the joke.’ It’s now become part of the election cycle for candidates to line up and be anointed by Lorne and whatever questionable impression the cast members have ready to mock them with (a move that has only further highlighted the show’s diversity problems as the pool of 2020 Democratic candidates widens). The best satire takes no prisoners and has no desire to adhere to archaic power structures, but by and large, Michaels wants SNL to be fun for its participants, no matter how abhorrent they are. There are exceptions, such as Tina Fey’s devastatingly effective take-down of Sarah Palin, but then there’s Donald Trump.

We’ve talked many times about the embarrassment that was Trump guest-hosting the series during his own Presidential campaign, by which time he had already established himself as a vile racist. The show doesn’t even have the decency to pretend it’s gunning after him and practically coddles him in bubble-wrap through an especially excruciating episode that allows Trump to be self-deprecating while never having the nerve to actually mock him. Lorne Michaels and SNL did not make Trump President, but at a time when his bigotry was going unchecked by the media and his insidious nature dismissed as a novelty, they certainly did help to make the road to victory that little bit smoother for him.

Michaels seems happy for SNL to coast off its rose-tinted legacy as a satirical force without doing anything to maintain it into the 21st century. Most of the political impersonations skip over making biting observations in favor of easier targets, be it a person’s voice, their weight, or the sexist insults lobbed at them. A lot of their approach to political comedy is rooted in the idea of everyone being ‘good sports’, and you just can’t be too mean to someone willing to laugh at themselves, for some reason.

Whatever aspirations Lorne Michaels had of being part of the counter-culture with SNL died off when Chevy Chase wrote for the show. It is a proudly establishment show that prefers the calming embrace of power over interrogating its fragility. That would be fine, or at least understandable, if Michaels and the mythic rewriting of his legacy didn’t insist on the exact opposite, positioning him as the great finder of comedic talent and leading voice in satirical anger. SNL has the luxury of holding onto this label it never truly deserved because it’s stuck around for so many decades and its live weekly format ensures a level of up-to-date commentary that network comedy otherwise lacks. Michaels has no incentive to truly speak truth to power. It says volumes about his intent that, in an age of such precarity and political chaos at the hands of a wildly right-wing government, his strategy is to keep Alec Baldwin around and find comedians who conservatives will feel safe around. It’s not like he needs to listen to the myriad criticism about the show’s dwindling quality when the President is ceaselessly on-call to slam the series and keep it relevant.

← 'Women of Reddit, What Common Object Clearly Wasn't Designed With Women in Mind?' | The New York Times Did Not Retract the New Kavanaugh Allegation →