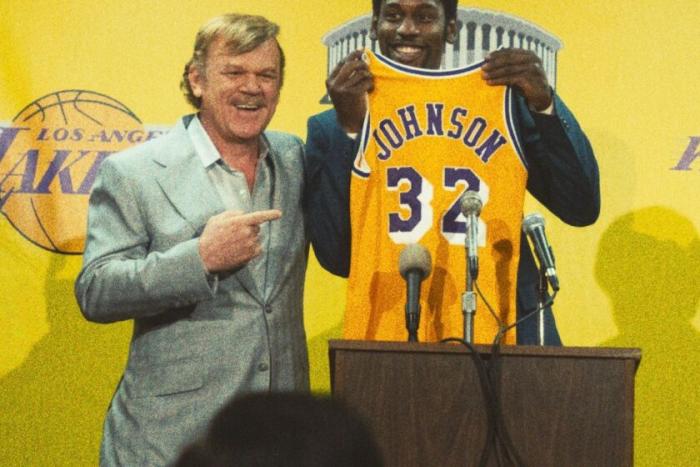 I am intimately familiar with the career of Magic Johnson, because back in the ’80s and ’90s — before the advent of reality television, and before the networks began producing over 500 new scripted shows a year — I filled a lot of hours in between episodes of Late Night with David Letterman by watching Major League Baseball and the NBA. I probably can’t tell you much about the NBA since Tim Duncan retired, but I could probably name the starters for the Golden State Warriors in 1993. All that is to say, I don’t remember where I was when Magic announced that he was retiring after he’d been infected with HIV, but I do remember that it sent shockwaves through the sports world. Like a lot of people who came to the NBA because of the ’80s Lakers (and the ’90s Bulls/Pistons/Pacers/Knicks), I was devastated. Magic Johnson was not only an exceptional player but an ambassador for the sport, the entry point for an entire generation of NBA fans. He was like the Tom Hanks of the NBA.

You wouldn’t know it, however, from watching the first two episodes of Adam McKay’s Winning Time on HBO (it’s a stupid name, but presumably the network opted against promoting its rival by calling it Showtime). So far, Magic Johnson is the second least interesting part of the show, and that’s only because we’ve spent so little time with a then-sullen Kareem Abdul-Jabbar. The best I can tell from the first two episodes is that Magic Johnson was drafted over the objections of coach Jerry West (who wanted Sidney Moncrief); he got his ass handed to him by then point guard Norm Nixon in a pick-up game; West didn’t think Magic should play point guard; and he bullied the boyfriend of his ex-girlfriend (and love of his life), Cookie Keely, while also sleeping with other women in his car and pouted over his mother’s disapproval.

It’s not exactly a flattering depiction (despite the strong performance from Quincy Isaiah), but I understand why it’s necessary to build Johnson’s backstory; he’ll be the central character in the rise of the Lakers’ dynasty. His life back in Michigan, however, is not that interesting, while John C. Reilly’s Jerry Buss and Jason Clarke’s Jerry West are far more compelling figures at the moment, as Buss buys and then begins the process of building the Lakers dynasty while West battles everyone else, but mostly his own demons.

Most people probably know by now that Winning Time is at least partially responsible for the split between partners Adam McKay and Will Ferrell. Longtime Lakers fan Will Ferrell wanted to play Buss, but McKay cast Michael Shannon instead. When Michael Shannon dropped out, McKay turned to Ferrell’s best friend John C. Reilly without running it by Ferrell first (Ferrell learned about it from Reilly). What’s interesting here is that, as much as I like Shannon, I can’t imagine anyone else in the role except Reilly, but also, Shannon was right to quit over the fact that he found all the fourth-wall-breaking annoying, because it is. It’s one of those unnecessary McKay flourishes that detract from the opening episode, but it has at least been minimized by the second. McKay’s stylistic flourishes, in fact, often threaten to derail Winning Time, but the story — dramatic liberties and all — is easily good enough to overcome them.

Buss drives the story early on, selling his real estate holdings and hustling to come up with another $30 million (much of it via a loan from his ex-wife) to buy the team from the surly businessman Jack Kent Cooke (Michael O’Keefe), draft Magic Johnson, and begin assembling the team. Buss — at least the version in Winning Time — is not initially seen as a serious person; he’s seen as a womanizing playboy who bought the team for status. That is true, but he’s also serious about building a championship team, all the more so after meeting with Red Auerbach (an unrecognizable Michael Chiklis), the President of the Lakers’ rival Boston Celtics, who belittles Buss at every turn. Buss is all in on Magic, too, over the objections of coach Jerry West, the former owner, and some of the executives, who believed they already had a great point guard in Norm Nixon (and they did, but he was no Magic Johnson).

The opening episodes are largely about positioning the Lakers, Buss, and Johnson as underdogs, which is good storytelling, even if it isn’t completely accurate. They were a successful franchise going through a dry spell, having won a Championship in 1972 with Jerry West and Wilt Chamberlain. The team they were building already had Kareem Abdul-Jabbar, and they were coming off a decent season, lost only because Kareem had gotten hurt, and because their forward was kicked off the team for nearly killing Rudy Tomjanovich during a bench brawl (trigger warning for violence for that link).

The underdog status isn’t entirely unearned, however, because they do lose their head coach, Jerry West, to burnout (and next week’s episode is likely to center on the efforts to replace him). Buss is also struggling financially, which is where Gabby Hoffman’s Claire Rothman, Hadley Robinson’s Jeanie Buss, and Sally Field’s Jessie Buss come in. Buss’s mom, Jessie, takes over the finances from Claire, while Claire tries to find ways to make more money by renting out the Forum for other events, and she takes Jeanie Buss (a teenager at the time, but presently the controlling owner of the Lakers) under her wing.

It’s a hell of a cast, all of whom deliver remarkable performances, and to McKay’s credit, he brilliantly captures the gaudiness of the cocaine-fueled late ’70s/early ’80s. I had some difficulty getting over some of the McKayisms in the opening episode, but at this point, I’m all in on this story because of all the storylines it has set up: Buss vs. Auerbach, Buss vs. Bankruptcy, Magic vs. Nixon, Magic vs. Kareem, Claire Rothman vs. Men, and Jerry West vs. himself (he may no longer be the coach of the Lakers, but he continues to be a major part of their story). At this point, however, I’m eager to see the series finally do something more interesting with Magic Johnson than depicting him as an arrogant, bullying womanizer.