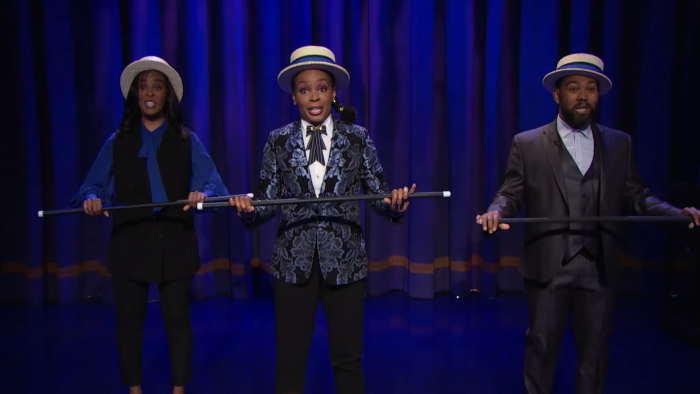 Let's Sing A Catchy Song About The Lack Of Police Reform

Everything sounds better when it’s put in song form! Trust me. I got my Doctorate in Funny Musicology from Mel Brooks himself. That guy wrote funny songs about Nazis and the Inquisition, for goodness sake. Topics regularly filled with dread and tragedy become stuck in your head, accompanied by a little pizazz. They become easier to swallow and may even stay in your system longer than if you just read about them. Many have used this tool over the years. Yet few are as proficient at it as Amber Ruffin.

We have been gifted with many songs since The Amber Ruffin Show debuted. Her most recent, about the lack of police reform bills passed by the Senate, may just be the best yet. Not only is it incredibly catchy but it is also a prime example of softening a blow with song. Lack of police reform is a major problem in this country. We’re over a year removed from the brutal murder of George Floyd by former police officer Derek Chauvin, and yet no police reform bills have been passed. That doesn’t mean that the U.S. Senate hasn’t been busy.

This song about police reform entertains and informs in a way that doesn’t sugarcoat things. I know that some may think a song is inherently sugarcoating. However, that’s the brilliance of this bit. Everything comes to an effective, screeching halt toward the end. Information is revealed (I won’t spoil it here) that should make every American citizen’s blood boil over. After watching this number, you are left laughing and furious. It’s brilliant.