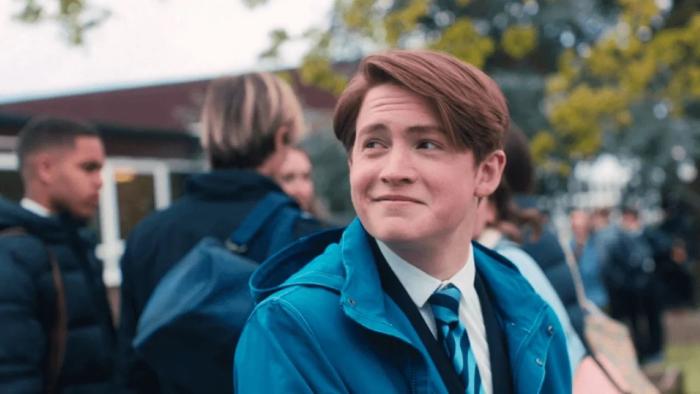 I do not often find myself feeling protective of other people’s kids, but Hearstopper is not just any show, and this cast is not just any cast. The Alice Oseman graphic novels upon which the Netflix series is based are sacred to my 10-year-old twins. They’re like Harry Potter was to the previous generation, or Lord of the Rings was to the generation before that. They’re a meaningful celebration of queer characters and queer love and there’s nothing else like it that has gained this much popularity.

All of this makes it all the more upsetting that it was the fan community that outed one of the stars of the Netflix series. Fan communities not only develop weird parasocial relationships with characters, but they can be possessive and toxic.

To wit: Kit Connor plays Nick Nelson, a reluctant rugby player who develops a mad crush on a boy in his class who is not yet out. It is a television show. Kit Connor plays a character. However, Connor deleted Twitter likely due to accusations that he was queerbaiting, which is not a thing. As Kayleigh has said, “Human beings cannot queerbait!” Human beings are not stories. Their real-life relationships are not tropes, although you’d be hard-pressed to convince some fans of this.

In this particular instance, some in the Heartstopper fan community lost their minds when they saw Connor holding hands in real-life with Maia Reficco, his co-star in A Cuban Girl’s Guide to Tea and Tomorrow. This was apparently seen as a betrayal, because his character on a television show is gay, even though Connor himself has maintained that he doesn’t like to apply labels to his sexuality. Well, after the fan outcry, Connor was forced to apply a label.

back for a minute. i’m bi. congrats for forcing an 18 year old to out himself. i think some of you missed the point of the show. bye

These people aren’t fans. They are trolls masquerading as fans. Alice Oseman agrees, tweeting, “I truly don’t understand how people can watch Heartstopper and then gleefully spend their time speculating about sexualities and judging based on stereotypes. I hope all those people are embarrassed as FUCK. Kit you are amazing.” He is amazing, and “fans” of Heartstopper need to leave him — and the rest of the cast — alone, including Yasmin Finney, who will be joining Doctor Who next year as the show’s first trans character.