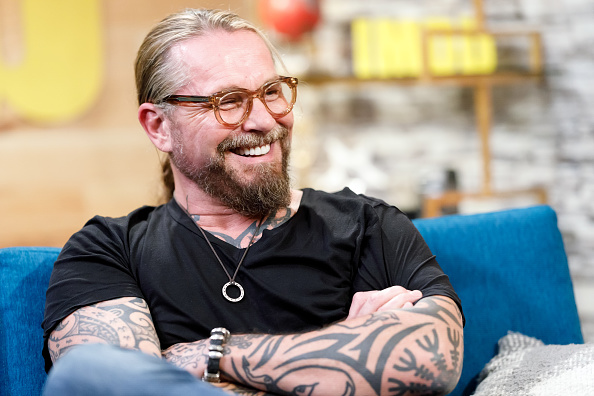 Kurt Sutter Fired from 'Mayans MC' for Being Kurt Sutter

Here’s Sutter, for instance, in a random interview from Uproxx in 2015:

“Nobody is ever their reputation. The reason why I embrace it and why I joke about it is because it is who I am in terms of tone and creativity, meaning it’s not bullsh*t that I’m a dark motherf*cker and I say very disturbing things in a creative way. I can scare the f*ck out of people sometimes, but even in my darkest moments, even when I’m punching holes in f*cking walls, all of that sh*t happens because of my passion for what I’m doing.

“I’ve pissed off a lot of people, so I don’t have a lot of friends out there in that community.”

I’ve been writing about Sutter’s work regularly for eight years now. I’ve read dozens of interviews. He’s a dick. And he’ll admit it as much. But in 2019, you can’t be a dick in the workplace anymore. That’s obviously not a bad thing, but it does mean that Kurt Sutter cannot operate in certain workspaces, particularly those that are now owned by Disney, which fired Kurt Sutter today.

In announcing his departure, Sutter left a letter to cast and crew that read, in part:

As you know, I’ve removed myself quite a bit this season, allowing others to take a bigger role in producing the show. It appears that philosophy has backfired. It’s been reported by writers, producers, cast and crew that my absence and subsequent behavior when there, has only created confusion, chaos, hostility and is perceived as abandonment. Or at least that’s how Disney has interpreted it. I’m sure it’s true.

This morning I was fired by Dana Walden and John Landgraf for all the complaints levied against me. Not the way I wanted to end my 18 year relationship with FX. At least being fired for being an abrasive dick is on brand.

I deeply apologize if I’ve made people feel less than or unsupported. My intention was literally the opposite. But clearly I’ve not been paying attention. My arrogance and chronic distraction has created wreckage. Just know, I adore this cast and crew.

Several weeks ago, Kurt Sutter had announced that he’d be leaving the show at the end of the season to allow his co-showrunner, Elgin James, to run it on his own. “It’s time for the white man to leave the building,” he said at the time. The white man is leaving sooner than he may have wanted.

For the record, Mayans MC — currently in the midst of its second season — is a decent enough show, though it certainly isn’t as good as Sons was in its heyday (although, it is much better than Sons was in its last three seasons).