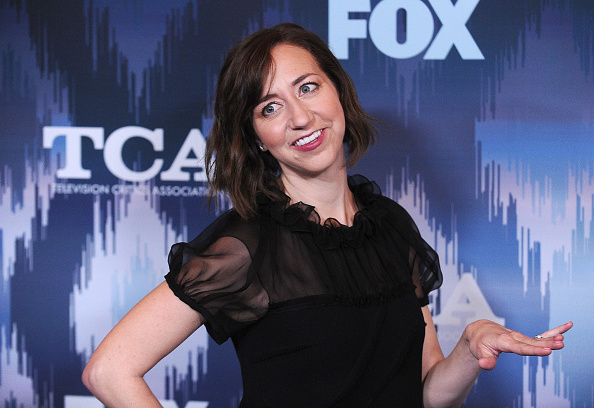 Kristen Schaal Was Once Fired from 'South Park,' Which Just Re-Upped for Fourteen (14!) Movies

Kristen Schaal is a fixture in my family, but not for reasons you may think. Yes, they know her from The Mysterious Benedict Society, and love her for her voice work on Bob’s Burgers and Gravity Falls. However, she’s best known for a 10-minute video from ten years ago, in which her comedy partner repeatedly yells, “Kristen Schaal is a horse” while Schall dances around the stage, popularized by a terrific Radiolab episode.

Every so often, someone in my family can be heard walking around the house singing, “Kristen Schaal is a horse!” It’s the earworm that never goes away. I believe there is even a stuffed horse among their belongings, which is named Kristen Schaal. I mention this because she was on the Daily Beast podcast this week, where she admitted that she was once fired from South Park after only a month. Why? Because she was too eager.

“I was pitching too much,” she said. “I’d never been in a writers’ room before. So I was just like, let me earn my keep. I was like, “How about this? How about this? How about this?” And that’s not how it works.” Schaal knows that now, of course (and welcomes the opportunity to work in your writers’ room), but at the time, she was devastated. She was also living in Tig Notaro’s guest house (small world!). “And covering rent was a little tough. So I was like, “Tig, I just got fired! Do I have to cover the rent?” She was like … yeah. [Laughs]”

Being fired, however, was a blessing in disguise, as she flew home from there, met her now-husband on an Adult Swim show, and the two would subsequently land on The Daily Show together.

This is only tangentially related to the actual point of this article, which is the news that South Park has been re-upped by Comedy Central through its 30th season (its 25th season is next year, and yes, you are that old). In addition to extending the series until 2027, Comedy Central has also ordered fourteen (14!) new South Park movies.

Now, you might be asking: Why would they want two South Park movies a year for the next seven years? The reason is simple. Follow along: In 2019, streaming rights to South Park, owned by ViacomCBS, were sold to HBO (now HBOMax). In order to work around that, this new deal allows the movies to be made exclusively for Paramount+, formerly CBS All Access.

Got it? Cool. Enjoy all those movies.

← Mike Richards, Once Sued for Harassment, Is Reportedly 'Jeopardy' Host Frontrunner | With the 'He's All That' Trailer, Netflix Crossed a Line →